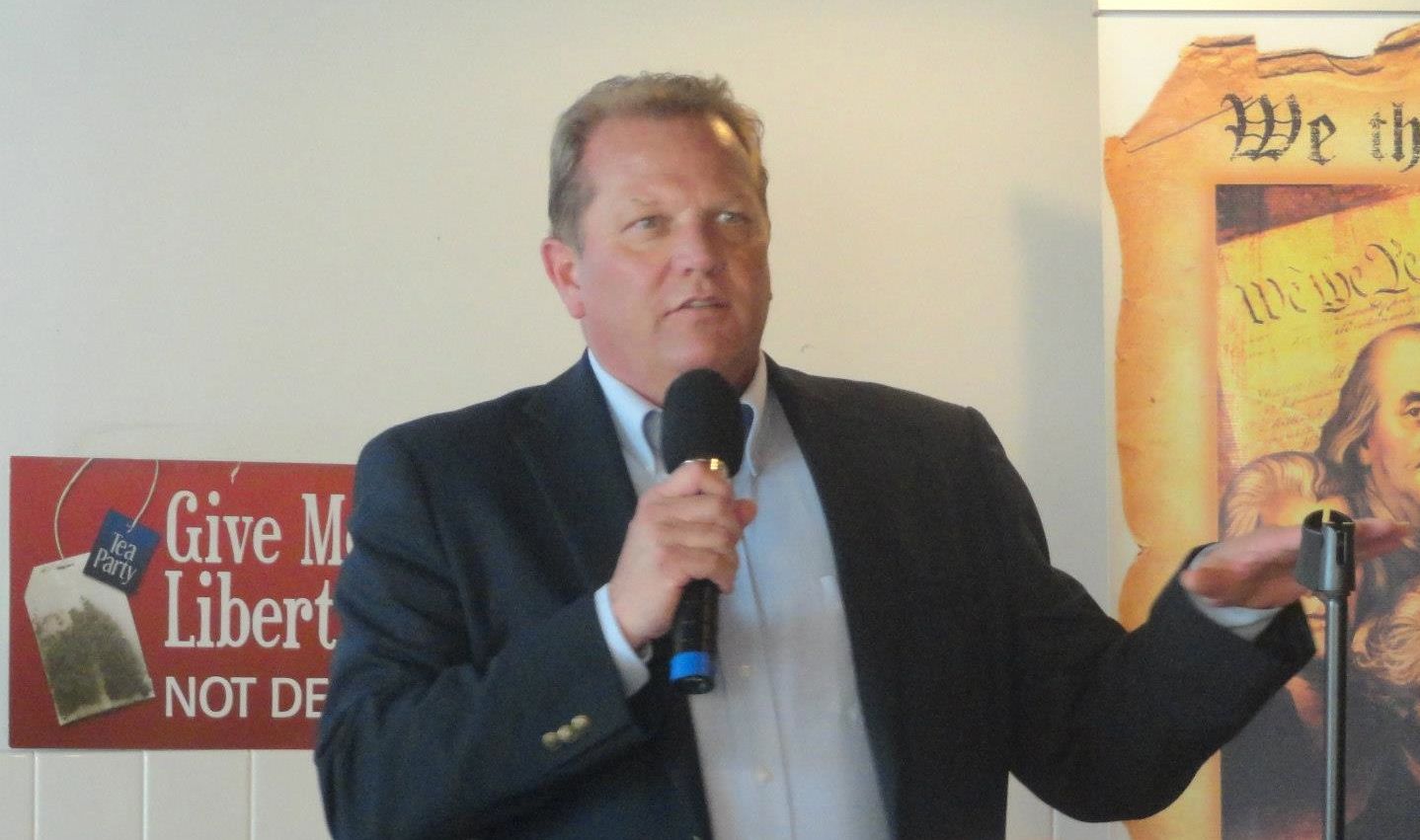 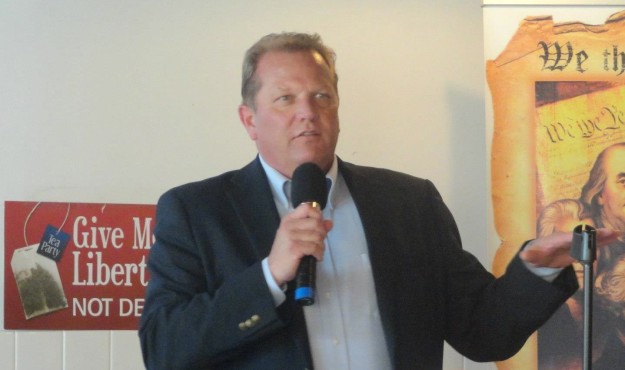 PETITION CANDIDATE  IS ONE OF THE STRONGEST LIMITED GOVERNMENT ADVOCATES WE’VE SEEN ON A S.C. BALLOT

Now Thompson is seeking the S.C. Senate seat held for the last 22 years by Wes Hayes –  a fiscal liberal who has been covering up scandals at the S.C. State House for years in his role as chairman of the Senate “Ethics” committee.

One of several petition candidates who had to fight his way onto the ballot, Thompson is quite possibly the strongest limited government candidate we’ve seen in a South Carolina legislative race … ever.  In fact when we interviewed him several months ago we were impressed not only with his position on the tax and spending issues that matter to us – but also with the way he characterized our state’s corrupt and ineffective taxpayer-funded “incentives” as nothing more than “bribes” to select companies that locate their business here.

We concur with his assessment … heartily. And it’s clear based on the evidence that such giveaways only hurt the economy.

Hayes?  He has one of the worst fiscal records in the entire S.C. General Assembly – scoring an abysmal 18 out of 100 on a recently-released Palmetto Liberty PAC scorecard.  Not only that Hayes was single-handedly responsible earlier this year for killing parental choices that were targeted exclusively to low income children in failing schools.

Adding insult to injury, Hayes is one of the veteran “Republican” lawmakers who voted himself a special pension benefit that isn’t available to other state employees – basically tripling his legislative salary at our expense (even though he hasn’t retired).

There are a lot of races this year in which voters have absolutely no choice … and still more in which they have to choose between the less expensive of two evils.

Voters in York County have a clear choice, however, which is why this website would encourage them to choose Joe Thompson.

An easy victory for Hayes.

Joe Thompson is burly,and with that no nonsense limited government thing he’s got going,I’d wager he has a few hairs on his ass,too.

Great candidate. Hayes will walk but this guy is as good as you have advertised.

South Carolina. A little insignificant State with way too much power in Washington. Until, the Tea Party lemmings get their heads up their a$$ and vote away all that power, such as: U.S. Congressman and 28-year incumbent (and powerful U.S. budget committee chairman) John Spratt.

Now if you want anything out of Washington, we have to beg Jim Clyburn for it. He’s the only SC Representative in DC that can get anything for SC.

Thanks Tea Party fools. You really know how to help out your State!!!