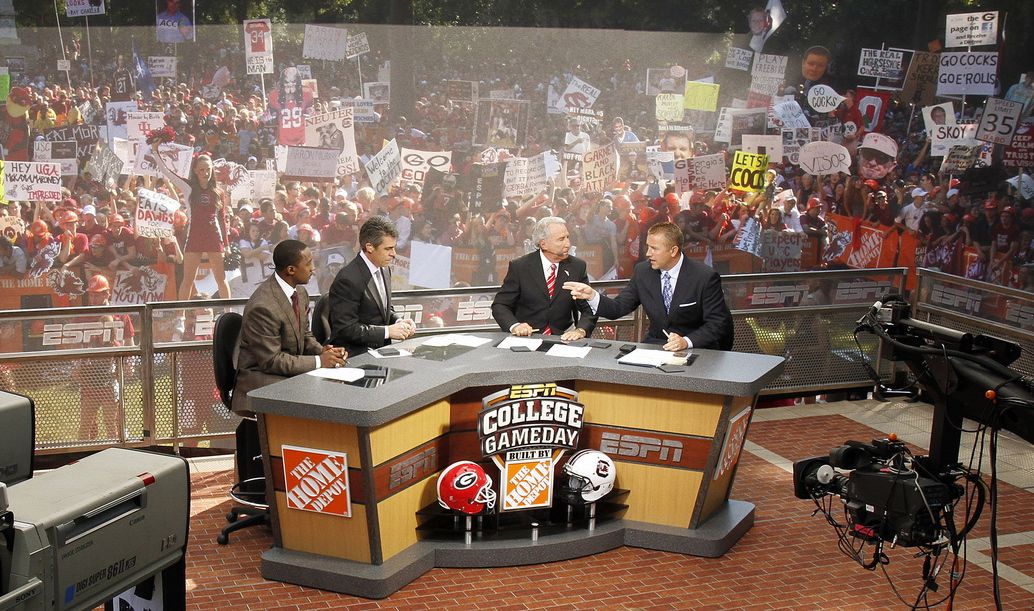 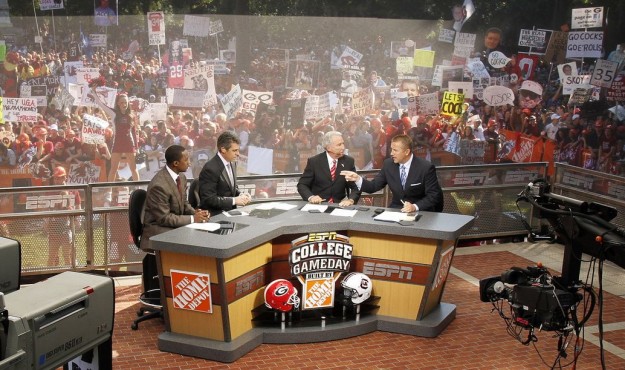 For the second time this month the University of South Carolina will participate in college football’s biggest game of the week – or so say the producers of ESPN’s College GameDay (who would be correct).

The popular pigskin prognostication program – which broadcasts live for three hours on Saturday mornings – came to Columbia, S.C. two weeks ago for South Carolina’s Top Ten showdown with Georgia.  USC beat the Bulldogs in convincing fashion – upping the ante for this week’s Top Ten battle between the eighth-ranked Gamecocks (6-1, 4-1 SEC) and the third-ranked Gators (6-0, 5-0 SEC).

If Florida wins, second-year head coach Will Muschamp’s team will have the inside track on its first SEC East title since 2009 – while a Gamecock win would give USC a critical tiebreaker advantage in the event they finish the regular season with an identical conference record as the Gators.

GameDay – which stars Chris Fowler, Lee Corso, Kirk Herbstreit, Desmond Howard, David Pollack and Samantha Steele – will feature Florida for the third time this season, although this will be GameDay’s first trip to Gainesville.  Previously the show traveled to College Station, Texas and Knoxville, Tennessee for Florida wins over Texas A&M and Tennessee.

GameDay analyst Lee Corso picked the Gators to lose both of those games, incidentally.

Big XII fans were miffed that GameDay won’t be heading to Manhattan, Kansas for Saturday night’s Kansas State-West Virginia game, but let’s be real – the Wildcats barely survived against Iowa State while the Mountaineers were blown out by unranked Texas Tech.  So fans of both programs can whine all they want but there’s simply no debate as to which is the bigger game.

Saturday’s South Carolina-Florida showdown will be televised nationally at 3:30 p.m. EDT by CBS.  Verne “The Golden Throat” Lundquist and Gary Danielson will call the action, with Tracy Wolfson patrolling the sidelines.

The Gamecocks are 1-12 against the Gators in “The Swamp,” capturing their first ever win there in 2010 thanks to a 212-yard performance from running back Marcus Lattimore.  Last year USC defeated Florida 17-12 at home without Lattimore.

Jadeveon Clowney Got Dressed Up