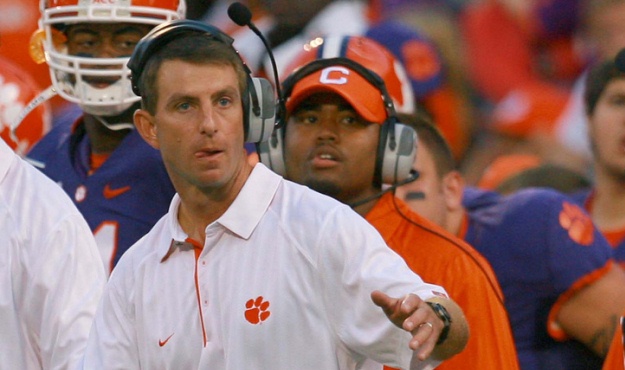 Clemson University head football coach Dabo Swinney has lost three straight games by convincing margins to the University of South Carolina – his school’s arch-rival – but that’s not stopping him from talking a little trash.

In fact the famously lead-footed coach – who has belittled USC’s program in the past – responded to a subtle jab from USC head coach Steve Spurrier this week by suggesting that Spurrier’s program would never be as good as the “real” USC, the University of Southern California.

Spurrier got the back-and-forth going earlier this week with a comment about LSU’s Tiger Stadium, which – like Clemson’s Memorial Stadium – is nicknamed “Death Valley.”

While Swinney may be Spurrier’s equally rhetorically, the coach’s team has struggled to “walk the walk” against the Gamecocks on the field in recent years, losing its last three games against USC by a combined score of 97-37.

Busted On The Bayou