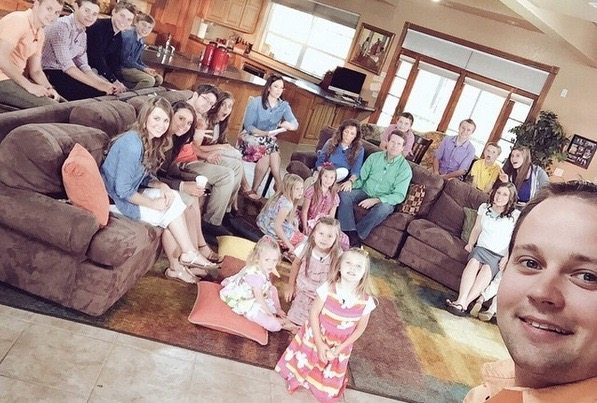 || By FITSNEWS || The bombshell revelation that Josh Duggar – the eldest son of America’s most famous large family – molested five minor children (four of whom were allegedly his sisters) as a young teenager has taken the country by storm.  It’s also exposed deep social rifts in our nation – and could even play a role in determining our next president.

Seriously … it’s that big a deal.

Before we get into all that, though, let’s first look at the facts of the case.

Duggar – a cast member of TLC’s wildly successful reality television show 19 Kids and Counting – is the eldest son of Jim Bob Duggar and Michelle Duggar, devout independent Baptists who don’t use birth control and who have raised their children in a strict, socially conservative environment.

He’s 27 years old – and is married with three children of his own (with a fourth child due in July).

Duggar’s past was exposed this week by In Touch Magazine. Using the Freedom of Information Act (FOIA), the magazine obtained copies of a December 2006 Springdale, Arkansas police report detailing the graphic allegations.

According to the report, Jim Bob Duggar first learned of his son’s inappropriate conduct in early 2002 – when one of Josh’s victims revealed he had touched her breasts and genitals.  He was fourteen years old at the time.  In July of 2002 Josh admitted to molesting another victim amid additional allegations – but his father chose to handle the situation “in-house.”

In March 2003, Jim Bob was informed of multiple additional instances of alleged molestation.  This time he took action, discussing Josh’s situation with elders at the family’s church and telling them his son would be sent to a “Christian” program consisting of “hard physical work and counseling” for a period of three months ending in July 2003.

The Duggars weren’t completely truthful about their son’s “treatment,” though, with Michelle Duggar later admitting to police that Josh never went to counseling but was instead sent to stay with “a family friend who was in the home remodeling business” in nearly Little Rock, Arkansas.

When Josh returned, Jim Bob and the church elders made him confess his actions to an Arkansas State Trooper named Jim Hutchens – a friend of the family.  Hutchens took no action.  Of interest?  Hutchens is currently serving a 56-year sentence in an Arkansas prison on child pornography charges.

So – if all of this went down in 2002-03, why did it take until 2006 for a formal police investigation to be opened?  After all, by then the Duggars had already appeared on their first Discovery Health feature – 14 Children and Pregnant Again! – and were well on their way to becoming reality television superstars.

According to the In Touch report, the investigation began around the time the family was scheduled to make an appearance on the Oprah Winfrey Show.  Prior to their appearance, an as-yet-unidentified 61-year-old woman sent Harpo Studios – Winfrey’s production company – an email alerting producers to the molestation allegations.

“The parents have been hiding this secret for a long time,” the tipster wrote.

Upon receiving the tip, Winfrey cancelled the Duggars’ appearance – and sent the information along to local authorities.

When the investigation began, Jim Bob Duggar refused to make Josh available for police questioning.  Ultimately the investigation produced no criminal charges because the statute of limitations (then set at three years) had expired.  As the probe was ongoing, several additional Duggar specials aired on Discovery Health – including 16 Children and Moving In, in which the family moved into a 7000-square foot house partially subsidized by the television network.

Two years later, their reality show debuted as 17 Kids and Counting.  The program is now in its tenth season and has dominated reality TV ratings – including a whopping 4.4 million viewers who tuned into a special wedding episode last fall.

Josh Duggar has acknowledged – in general terms – his sordid past.

“Twelve years ago, as a young teenager I acted inexcusably for which I am extremely sorry and deeply regret. I hurt others, including my family and close friends,” he said in a statement provided exclusively to People magazine. “I confessed this to my parents who took several steps to help me address the situation. We spoke with the authorities where I confessed my wrongdoing, and my parents arranged for me and those affected by my actions to receive counseling. I understood that if I continued down this wrong road that I would end up ruining my life.”

In addition to his acknowledgment, Duggar also resigned his position with the socially conservative Washington, D.C. Family Research Council.

Meanwhile his parents – in a joint statement – have also addressed the scandal.

“When Josh was a young teenager, he made some very bad mistakes, and we were shocked,” they said.  “We had tried to teach him right from wrong. That dark and difficult time caused us to seek God like never before.”

TLC – which was in the midst of running a Duggar marathon – has yanked the show from its lineup.  Its future remains uncertain.

Meanwhile “Republican” presidential candidate Mike Huckabee – who hails from Arkansas and whose White House ambitions have twice been endorsed by the Duggars – lend his support to the family.

“Josh’s actions when he was an underage teen are as he described them himself, ‘inexcusable,’ but that doesn’t mean ‘unforgivable,'” Huckabee said.  “He and his family dealt with it and were honest and open about it with the victims and the authorities.”

Huckabee also attacked the media for investigating – and reporting on – the scandal.

“Those who have enjoyed revealing this long ago sins in order to discredit the Duggar family have actually revealed their own insensitive bloodthirst, for there was no consideration of the fact that the victims wanted this to be left in the past and ultimately a judge had the information on file destroyed – not to protect Josh, but the innocent victims,” he said.

First, it seems abundantly clear at this point the Duggar family engaged in a (successful) effort to keep this scandal under wraps as their reality fame grew.  Second, it seems highly unlikely the Discovery family of networks didn’t know about the scandal.  Third, we’re shocked the scandal took this long to break seeing how many people apparently knew about it.

Most importantly, the scandal is already being used to further divide our increasingly polarized culture.  Christians, large families and homeschoolers will be vilified (and viewed with renewed suspicion) through no fault of their own, while members of the media will be attacked for simply doing their jobs.

Both rushes to judgment are wrong …

No one should rejoice in the Duggars misfortune.  Nor should anyone fall for the ridiculous “blame the media” spin put forth by Huckabee.

As for us?  We were initially inclined to feel sympathy for the Duggers, viewing the scandal as a private family problem which they addressed internally – including notifying the appropriate law enforcement authorities.  However as we delved into the details of the case, it became clear to us they were less than forthright about what happened – and less than forthcoming with the appropriate law enforcement agencies.

Having tasted reality stardom – which was subsidizing their new home and new life – it seems as though they rolled the dice in the hopes the truth would never see the light of day.  The only question is whether the network went along for the ride …