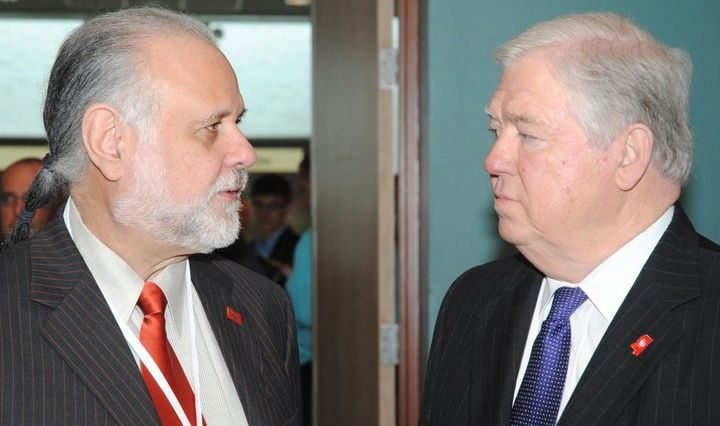 A Democratic memo obtained exclusively by FITS alleges that S.C. Gov. Nikki Haley has a white supremacist on her 2014 gubernatorial steering committee.

Roan Garcia Quintana (above, with former Mississippi Gov. Haley Barbour) was one of several SCGOP partisans named to Haley’s grassroots steering committee in February. The Mauldin, S.C. native is executive director of a group called the “Americans Have Had Enough Coalition,” but he’s also purported to be a board member of the Council of Conservative Citizens – a St. Louis-based white nationalist organization.

A Cuban immigrant, Quintana’s activism on behalf of the Council of Conservative Citizens is ironic given that the organization opposes “the massive immigration of non-European and non-Western peoples into the United States” as well as “all efforts to mix the races of mankind.”

Doesn’t that include Cubans?

Anyway, to read the Democratic memo on Quintana, click here.

We don’t think the story is a huge deal, but it is yet another example of Haley’s strange network of supporters. Also, it will be interesting to see whether Haley leaves Quintana on her steering committee.