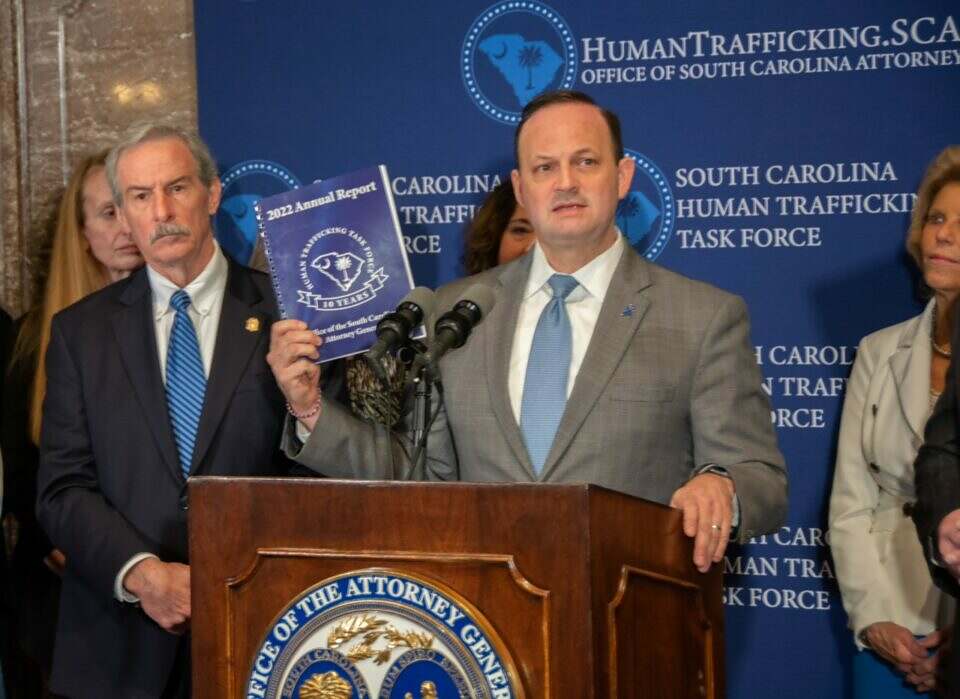 First, the bad news: The number of cases reported to authorities rose in 2022.

Now the good news: The increase indicates law enforcement officers and citizens alike are doing a better job of spotting it, and victims/ survivors are stepping forward more frequently to report it.

Long called “a crime committed in plain sight,” human trafficking refers to the non-voluntary exploitation of a person in the sex industry or labor market. In other words, it’s modern-day slavery.

“I’m incredibly proud of the work done by Task Force,” attorney general Alan Wilson said. “Its efforts to educate and equip people in how to combat human trafficking are making South Carolina a safer place to live. The work is not finished, but our defenses against this horrendous crime are getting stronger every day, and we’re committed to the fight.”

Underscoring the seriousness of the problem, just hours after the press conference SLED announced two people in Orangeburg County were arrested on human trafficking charges.

As with anyone accused of committing any crime, Westbury and Williams are considered innocent until proven guilty by the criminal justice system, or until such times as they may wish to enter some form of allocution in connection with a plea agreement with prosecutors related to any of the charges that may be filed against them.

This is the tenth year the Human Trafficking Task Force has reported its findings. The entire report can be accessed on the Task Force’s website at humantrafficking.scag.gov. To report an incident or seek victim services, call the National Human Trafficking Hotline at (888) 373-7888. The Hotline is confidential and open 24 hours a day, 7 days a week.

J. Mark Powell is an award-winning former TV journalist, government communications veteran, and a political consultant. He is also an author and an avid Civil War enthusiast.

‘Murdaugh Murders’ Saga: All About Motive