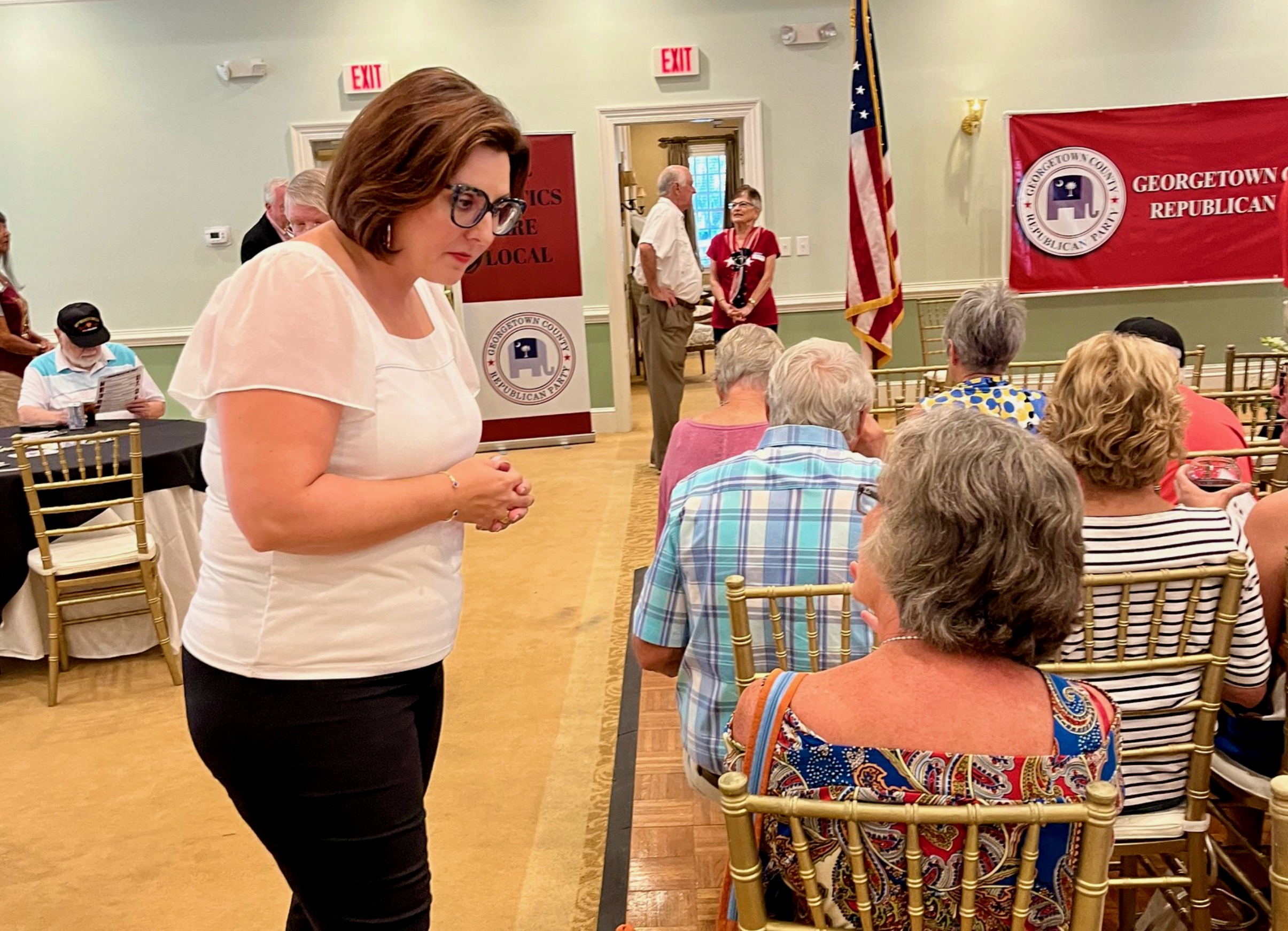 The GOP nominee for South Carolina’s independently elected superintendent of education position will appear at a rally this weekend at the “Freedom Farm” in Lexington, S.C.

Ellen Weaver – the runaway favorite to capture this office in next month’s general election – is the guest of honor at this event, which is being hosted by parental rights advocate Steph Berquist. Berquist and her husband own the Freedom Farm – and are among Weaver’s staunchest supporters.

“This is an event hosted by local conservative grassroots activists looking to rally support around our conservative candidate to prevent the opponent in this race who supports woke liberal agendas, gender ideologies, CRT and SEL from taking over South Carolina schools,” Berquist told me. “The stakes are VERY high, and a mistake in this election could cost all South Carolinians the future of the next generation which is why we rally together to support Ellen!”

Readers of this news outlet will recall Berquist (above) from an interview she gave our news outlet back in March about the burgeoning parental rights movement in the Palmetto State.

According to Berquist, parents began to become aware of the extent to which South Carolina’s chronically inept and corrupt government-run school system was harming their children in the aftermath of the Covid-19 pandemic.

“The silver lining of Covid is that parents are awake – not ‘woke,’” she said. “There is a difference. We have seen what is going on in our schools – the indoctrination, the corruption (and) the removal of what I consider to be parental autonomy.”

Luckily for Berquist and her fellow conservative activists, the outcome of this race is a foregone conclusion. What do I mean by that? Well, Weaver is running as a “Republican” in a state that hasn’t elected a Democrat to a statewide office since 2006.

She is also running in a year in which GOP candidates are expected to outperform their Democratic rivals nationally … which should give her an extra boost at the polls next month (not that she needs one).


Weaver won a contested primary election – including a GOP runoff race against Lexington, S.C. town councilwoman Kathy Maness – to secure her party’s nomination back in June. During the primary (and in the months following her victory), Weaver was dogged by questions about her eligibility to hold office due to the fact she did not hold a master’s degree, one of the requirements for the position.

In response to this controversy, Weaver said she would be “fully qualified to hold this office on day one.”

On Friday, Weaver announced on social media that she had completed “every single requirement” to receive her master’s degree in educational leadership from Bob Jones University, a Christian school located in her hometown of Greenville, S.C.

The Weaver rally at the Freedom Farm (229 Filhol Road Lexington, SC 29072) is scheduled for 4:00 p.m. EDT on Sunday (October 16, 2022). Weaver will address her supporters and campaign yard signs will be made available.

According to Berquist, several candidates for local school board offices as well as members of the S.C. legislative “Freedom Caucus” are also planning on attending the event.

“This is open to the whole state!” Berquist told me.