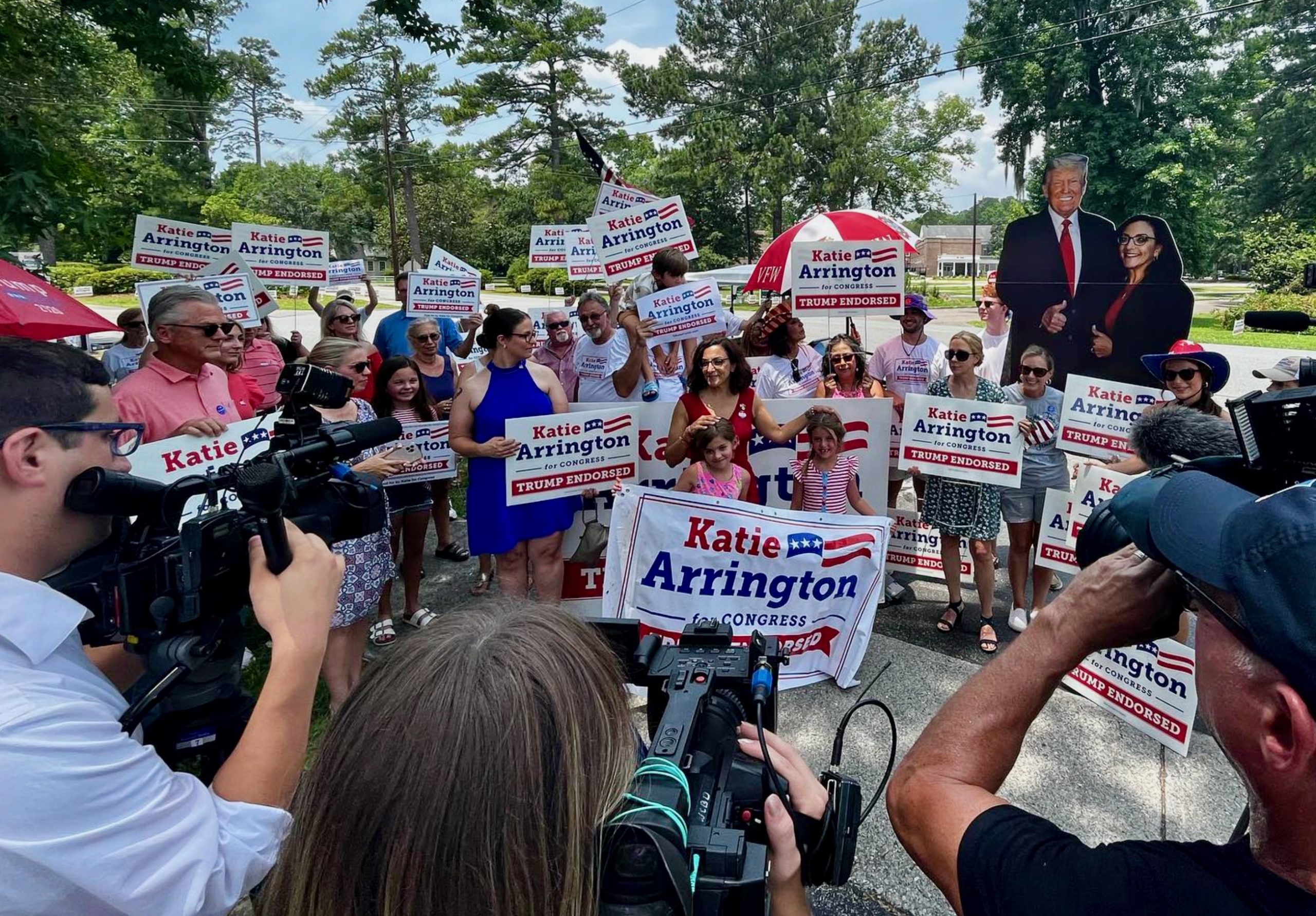 While Trump-backed challenger Russell Fry took out Tom Rice up in the “Redneck Riviera” region of South Carolina, Mace defeated former state representative Katie Arrington in a pitched battle for the first congressional district – which includes the population centers of Charleston, Beaufort, Bluffton and Hilton Head as well as broad swaths of bright red rural counties.

After the race was called, Arrington pledged to support Mace in the general election this fall against Democrat Annie Andrews. In fact, Arrington is scheduled to appear at a “Lowcountry unity” rally with Mace and S.C. Republican Party (SCGOP) chairman Drew McKissick on Thursday evening (June 16, 2022) at 6:00 p.m. EDT.

Well, this must be Rick James-style “unity” rally – because while Arrington is vowing to support Mace, sources close to her campaign have hinted a formal challenge of this week’s primary results is in the offing.

In other words, Arrington – who has already conceded the election to Mace and urged her supporters to get behind the GOP nominee – is apparently still exploring her options.

Multiple local election officials confirmed those reports, citing alleged “irregularities” in Beaufort and Charleston counties as the basis for Arrington’s complaint. Specifically, a total of 92 voters in Beaufort County were reportedly provided with the “wrong ballots,” according to one source familiar with the situation.


Meanwhile, this news outlet has heard reports of a handful of isolated irregularities in Charleston County, but like the Beaufort problems these alleged errors do not come remotely close to rising to the level of impacting the outcome of the election.

Multiple election protests are being lodged across the state, though … including several statewide challenges. For example, Bluffton, S.C. attorney Lauren Martel – who was handily defeated in her insurgent bid against incumbent attorney general Alan Wilson – is reportedly urging the S.C. Election Commission (SCVotes.gov) to invalidate the results of that election.

Stay tuned … this news outlet will keep tabs on all election challenges filed in the aftermath of the 2022 primary. Thus far, however, I have seen nothing to suggest there were any widespread issues with the vote that would have impacted the outcome of any election held in the Palmetto State on Tuesday.