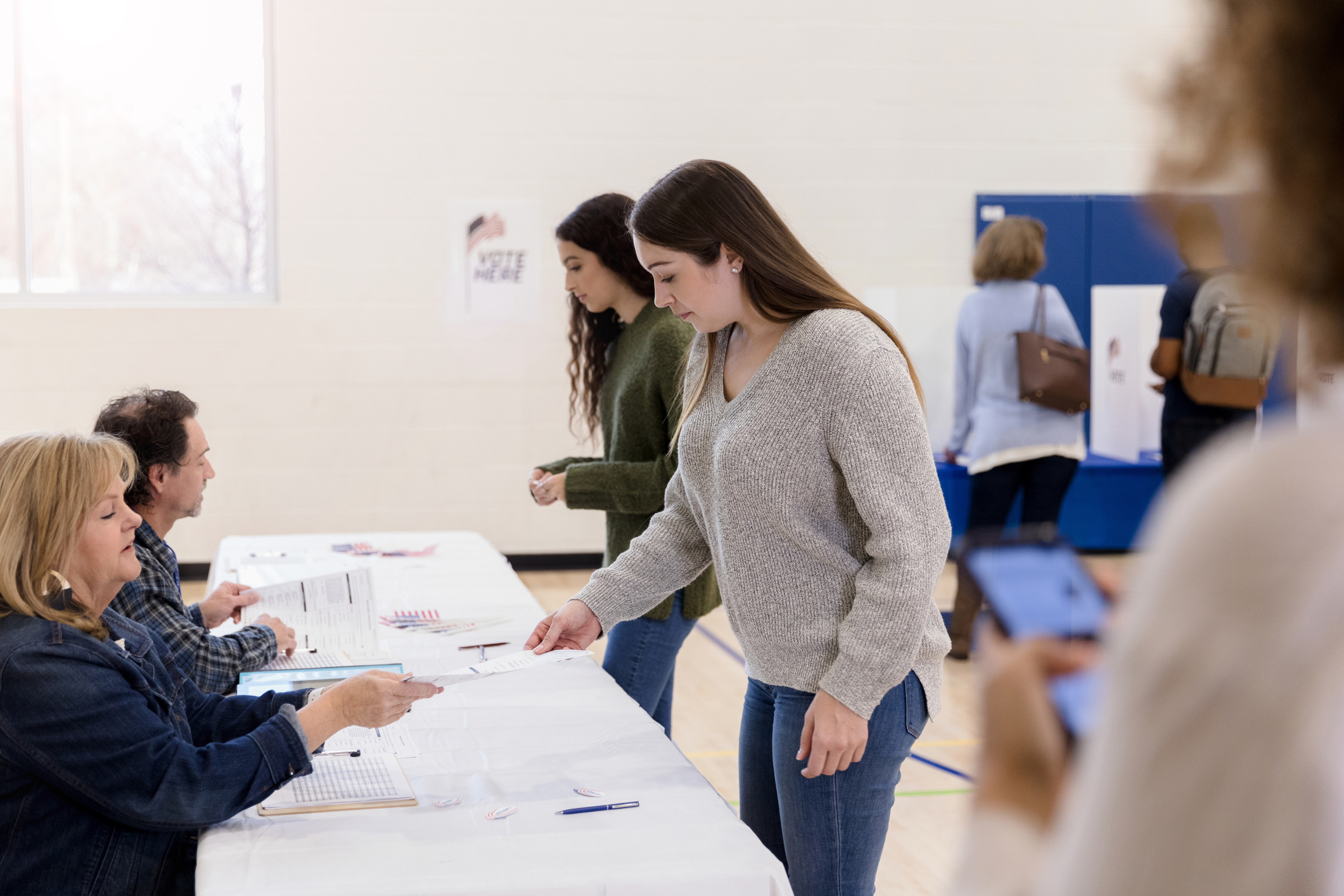 There’s an election in South Carolina today – although you are forgiven if you didn’t know about it. That’s especially true if you are a member of the Democratic party – which did everything within its power to keep voters from being aware of its primary in the Palmetto State.

What gives? Well, Democrats are eager to install an “electable” white centrist as their candidate for governor this fall – not a bolder, more radical progressive candidate (who happens to be black).

Because six-in-ten Democratic primary voters in South Carolina are black, keeping this race on the D.L. was imperative for the party establishment – although that effort failed spectacularly.

Amanda Cunningham, people … like I said, she is her own “first lady.”

Aside from the suddenly high-profile gubernatorial primary between former U.S. congressman Joe Cunningham (Amanda’s ex) and state senator Mia McLeod, there isn’t much action on the Democratic side. That’s probably one reason why Democratic voters are being urged to “cross over” and attempt to influence the GOP primary elections.

Speaking of the “Republican” side of the ledger, there is really only one competitive statewide race – the battle for superintendent of education. Most believe this contest will not be decided today – but rather will head to a runoff election between policy analyst Ellen Weaver and Lexington, S.C. town councilwoman Kathy Maness in two weeks time.

Remember, in South Carolina partisan primary races if no candidate receives a majority of votes on the first ballot, the top two candidates face off in a runoff election two weeks later (on June 28, 2022).

The real electoral drama in South Carolina this year centers around a pair of GOP congressional races on the South Carolina coast – races which have become national proxy wars between former U.S. president Donald Trump and his establishment “Republican” rivals.

Trump is upset with Mace – his former “First in the South” presidential staffer – for chastising him too vehemently following the rioting at the U.S. Capitol building last January. Accordingly, he has endorsed Arrington – while Mace is receiving support from establishment GOP leaders like former UN ambassador Nikki Haley.

Recent polls show this race coming down to the wire …

Rice was one of the ten GOP lawmakers who voted to impeach Trump last January for his alleged role in inciting the Capitol rioting. He has since doubled down on that vote – drawing the ire of GOP primary voters in the process. Haley did not endorse Rice this year (despite some speculation as to her intentions) … but her imprimatur was essential to his victory a decade ago.

“I know what Tom Rice will do,” the former South Carolina governor said in backing Rice in 2012.  “He’ll fight for us.”

Recent polling in this race shows Fry and Rice headed to a runoff election in two weeks – one Fry will almost certainly win (barring a massive Democratic crossover effort).

The two congressional proxy wars are important because they are preludes to the 2024 “First in the South” presidential primary – a race which will almost certainly feature Trump as a candidate (assuming he doesn’t keep his power dry in an effort to freeze out the field of prospective candidates).

Anyway, count on this news outlet to keep readers up to speed on the results of these and other elections of interest across the Palmetto State as results begin to come in shortly after polls close at 7:00 p.m. EDT.