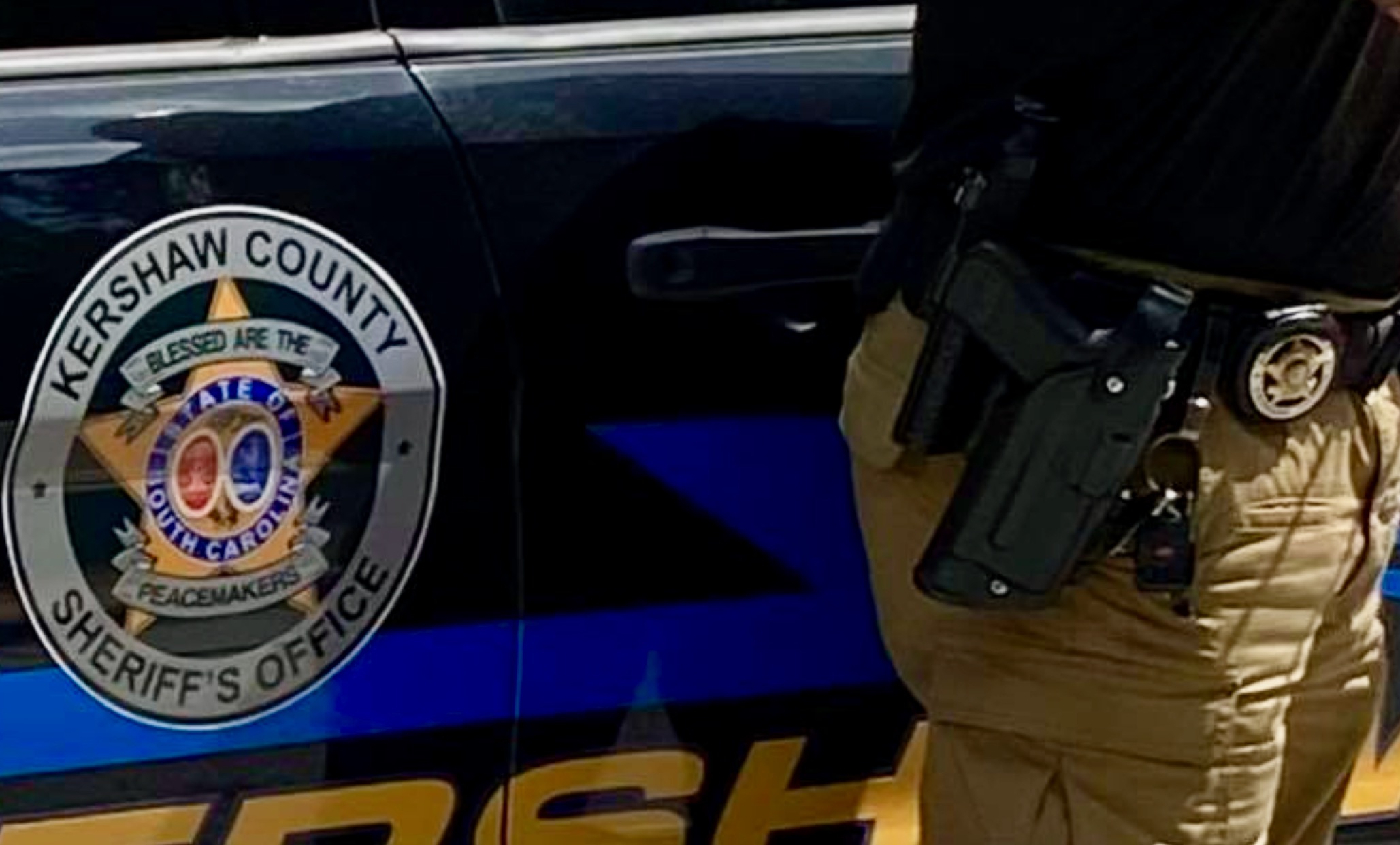 According to a release from the agency, 32-year-old Cody Elliott Blackmon of Camden, S.C. was arrested and charged with second degree domestic violence in connection with an incident last Thursday involving his former spouse.

“Blackmon was off duty but employed at the Kershaw County sheriff’s office at the time of the incident,” a release from SLED public information director Renée Wunderlich noted.

According to a probable cause affidavit accompanying a warrant for his arrest, Blackmon assaulted his former wife “in the presence of their two minor children … (during a) meeting for a child custody exchange.”

Specifically, Blackmon “grabbed (his ex-wife) around her neck from behind and threw her away from his unmarked patrol vehicle causing her to sustain bruising to her upper arm,” according to the affidavit.

“This occurred in front of their two children while she was unbuckling their car seats,” the affidavit noted.

“The incident was captured on surveillance cameras,” the affidavit continued, adding that a “review of the footage was conducted which showed it was consistent with (the victim)’s statement.”


As with anyone accused of committing any crime, Blackmon is considered innocent until proven guilty by our criminal justice system – or until such time as he may wish to enter some form of allocution in connection with a plea agreement with prosecutors related to the charge filed against him.

SLED’s investigation of Blackmon was requested by chief Joe Floyd of the Camden, S.C. police department. Blackmon was booked at the Kershaw County detention center on Monday morning. No word yet on his bond in connection with this alleged offense.

His case will be prosecuted by the office of S.C. fifth circuit solicitor Byron Gipson.

South Carolina’s ‘Injustice’ System: What Needs To Be Done