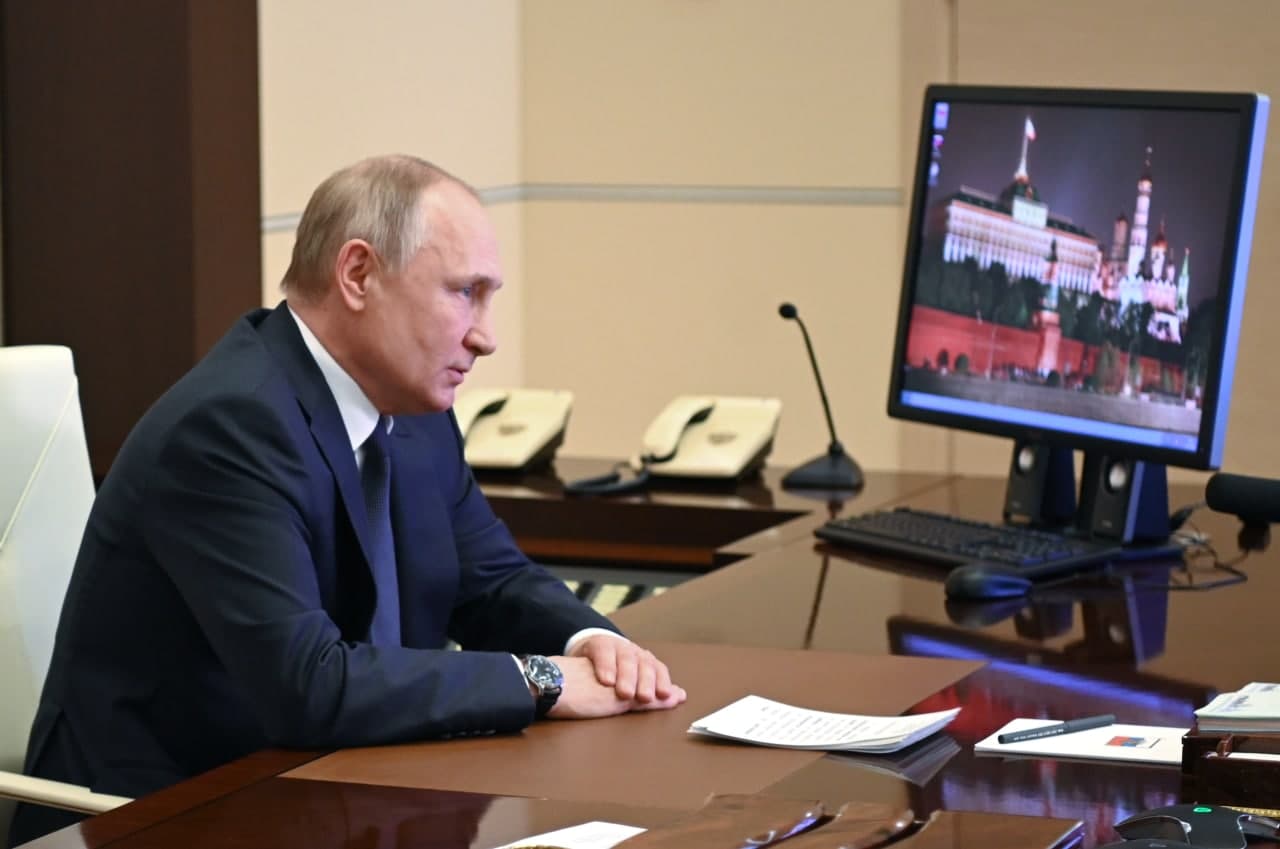 by RON PAUL ||  President Biden’s “maskless” State of the Union signifies the near-end of the COVID tyranny we have lived under for the past two years. Fortunately for Congress, the President, and the Federal Reserve, the Ukraine-Russia conflict is replacing COVID as a ready-made excuse for their failures and a justification for expanding their power.

Even before politicians began declaring the end of the pandemic, polls showed that rising prices were the people’s top concern – particularly the increase in gas prices. Since Russia is one of the world’s leading energy producers, sanctions imposed on Russia, as well as Germany’s decision (made under pressure from the US) to shut down the Nord Stream 2 pipeline, provide a convenient excuse for rising gas prices. This is the case even though the US, citing the “instability” in world energy markets created by the Russian-Ukraine conflict, has yet to officially ban imports of Russian oil.

The Federal Reserve has been planning several interest rate increases this year, even though some fear that rate increases could decrease growth and increase unemployment. The Russian crisis allows the Fed to either postpone rate increases or blame Russia for any unemployment that accompanies the rate increases. Either way, the Fed can use the crisis to deflect attention away from its responsibility for our economic problems. As of now, it appears the Fed will go through with at least a modest rate increase this month, but because of the Ukraine crisis, the increase will be smaller than previously expected.

The Ukraine crisis also provides an excuse for Congress to do what Congress does best: Increase federal spending. President Biden has requested Congress provide an additional $10 billion in emergency military aid to Ukraine. Congress will likely quickly approve the President’s request. This will not likely be the last time Congress rushes billions of “emergency” money to Ukraine.

It is also certain that lobbyists for the military-industrial-complex are already “explaining” to a very receptive Capitol Hill audience why the Ukraine crisis justifies increasing the military budget to “counter the threats” from Russia, China, and whoever else can serve as a convenient boogeyman. It is unlikely there will be much resistance in Congress to a further increase, even though the US already spends more than the combined defense budgets of the next nine biggest spending countries.

Over the past two years, many leading Internet companies did the government’s bidding by “de-platforming” anyone who expressed skepticism of vaccines or promoted alternative treatments — even when they presented evidence to support their claims. These companies are once again helping the government by de-platforming those who question, or are suspected of questioning, the official narrative regarding Ukraine. Yet these companies’ concerns with “fake news” have not led them to stop people from sharing widely debunked stories supporting the US-backed Ukrainian government.

The lockdown and mandates did more harm than the coronavirus itself. They were based on lies promoted by the government and its allies in the “private” sector. Yet too many Americans refuse to even question the US government’s claims regarding the Ukraine crisis or question whether Russia is really responsible for our economic problems as opposed to a spendthrift Congress, successive spendthrift Presidents, and an out-of-control Federal Reserve. The only way to stop authoritarians from using crises like these to grow their power is to make enough people understand a simple truth: Authoritarian politicians will always lie to the people to protect and increase their own power.

The Carolina Panthers Boondoggle: Told You So