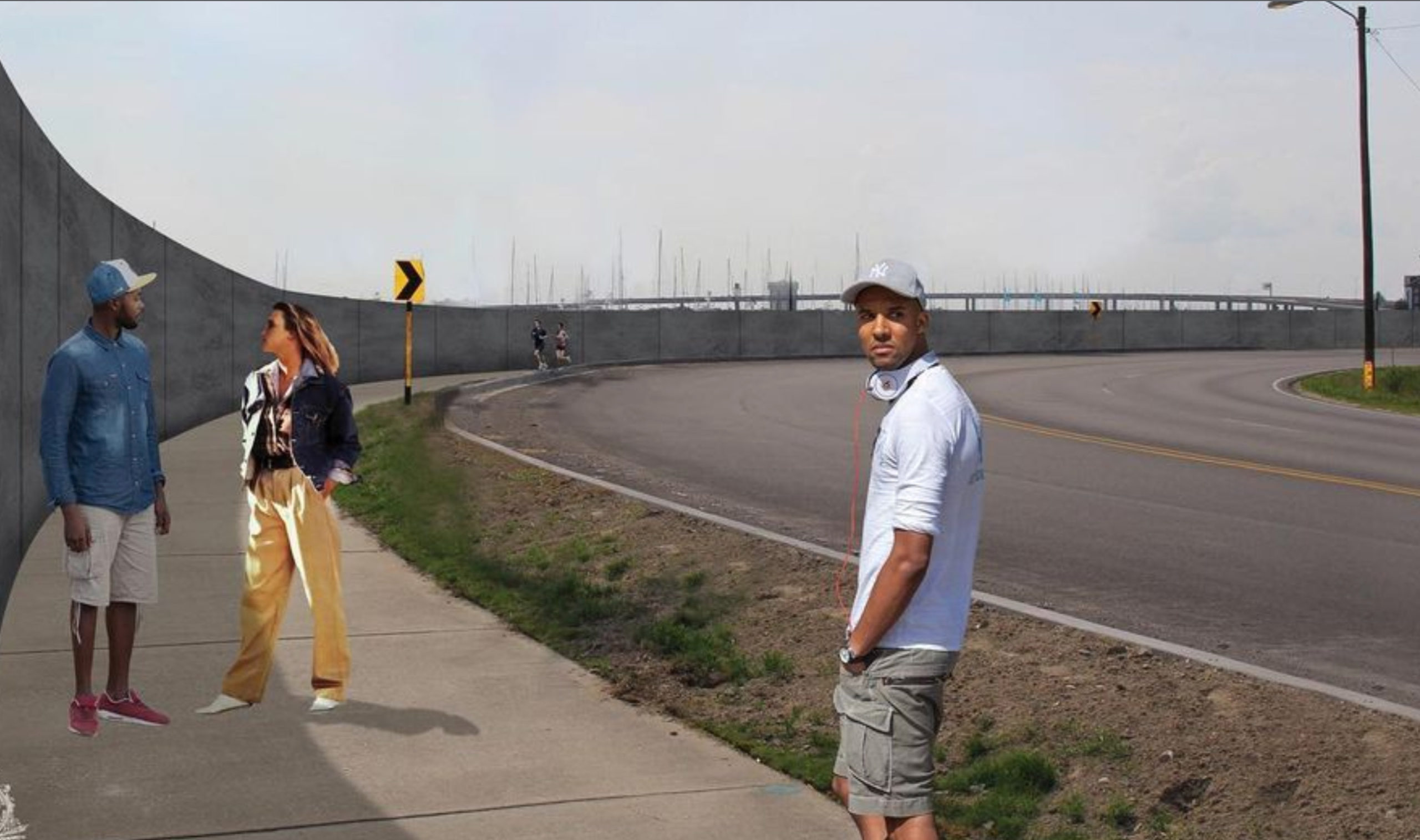 One of the most gorgeous cities in the world is on the verge of erecting an unsightly Eastern Bloc edifice in the hopes of containing rising floodwaters – although the $2 billion project has sparked a ferocious debate between advocates and opponents as to its ugliness and alleged inefficacy.

What will the city ultimately do?

The Charleston Sea Wall project – backed by liberal mayor John Tecklenburg and The (Charleston, S.C.) Post and Courier – stems from a study by the U.S. Army Corps of Engineers (USACE) which proposed building a massive, eight-foot-high sea wall around the city peninsula.

(Via: U.S. Army Corps of Engineers)

The goal of the structure is to protect the 341-year-old city from flooding. According to the Office for Coastal Management (OCM) – a division of the National Oceanic and Atmospheric Administration (NOAA) – there is a “greater probability of intensified sea level rise by 2070″ in the Charleston area.

How high? The city’s latest planning (.pdf) projects sea levels to rise by anywhere from two to three feet over the next fifty years, although the science underpinning such ominous estimates – particularly the work of glaciologists Robert DeConto and David Pollard – has come under scrutiny. In fact, DeConto and Pollard have since “lowered some of their worst-case projections for the 21st century,” noted Robinson Meyer for The Atlantic, a left-leaning national publication.

“Their worst-case skyrocketing sea-level scenario seems extremely unlikely, at least within our own lifetimes,” Meyer noted in a 2019 article.

City officials maintain the sea wall is still necessary, though, and the Post and Courier has parroted their talking points – acting as a Soviet-style propaganda machine in support of the proposal.


Two months ago, for example, columnist Brian Hicks opined that failure to erect the structure would essentially doom the city’s residents to a watery grave.

“Every model, forecast and predictor at the federal government’s disposal suggests that within the next 50 years, Charleston will suffer at least one Hurricane Katrina or Superstorm Sandy-level disaster,” Hicks wrote. “And without a sea wall to mitigate the damage, and minimize the flooding, the city could be wiped out.”

According to Hicks, by failing to act “City Council might eventually look like extras in the first half-hour of a disaster movie.”

And if they failed to act and approve the wall, Hicks wrote that “perhaps they should be committed.”

Hicks glossed over opposition to the wall, saying “some argue it would ruin the city’s beauty and views.” As if this is a throwaway concern in a city that drew nearly 7.5 million people – and made nearly $10 billion off of tourism in 2019, according to the College of Charleston’s office of tourism analysis.

Renderings of the structure have evoked memories of the Berlin Wall – a concrete barrier erected in 1961 by the German Democratic Republic (a.k.a. communist East Germany) to prevent its citizens from fleeing to the Federal Republic of Germany (a.k.a. West Germany).

In addition to being a monumental eyesore, local business leaders are concerned the wall will not work as intended.

“Sort of bandaid on a bullet wound isn’t it?” one local business woman told me. “The water has to go somewhere … it rises. So it will come up from the ground, it will flood other places instead, right? I’m no expert but it sounds like a really expensive fix that might work for a second but … long term? Probably not.”

Conservationists – who have been sounding the alarm on rising sea levels for years – oppose the structure. In fact, the South Carolina Coastal Conservation League (SCCCL) has consistently challenged USACE and city leaders to go back to the drawing board.

“With a price tag this massive, the Corps should take a more holistic approach to flooding and should find solutions that create greater benefits for the community,” the group noted in its initial opposition to the wall.

RECENT | THE FALL OF CHARLESTON

I reached out this week to Dana Beach – founder and director emeritus of the SCCCL.

“I’m not a fan of hand waving and flood virtue signaling,” Beach told me. “Sea wall, Dutch dialogues, Calhoun West, green infrastructure, detention areas, resilience, study, study, study, plan, plan, plan, blah blah blah blah. It’s the bread and circuses of the current municipal leadership. The amazing thing is that the homeowner/ voters don’t seem to care one way or the other, and are resigned to the current Venetian status barreling full speed toward Atlantis status.”

Damn dude … tell me how you really feel.

Bottom line? Further research would seem to be required before the Holy City decided to sacrifice its lucrative identity on the basis of flooding projections that may never materialize.