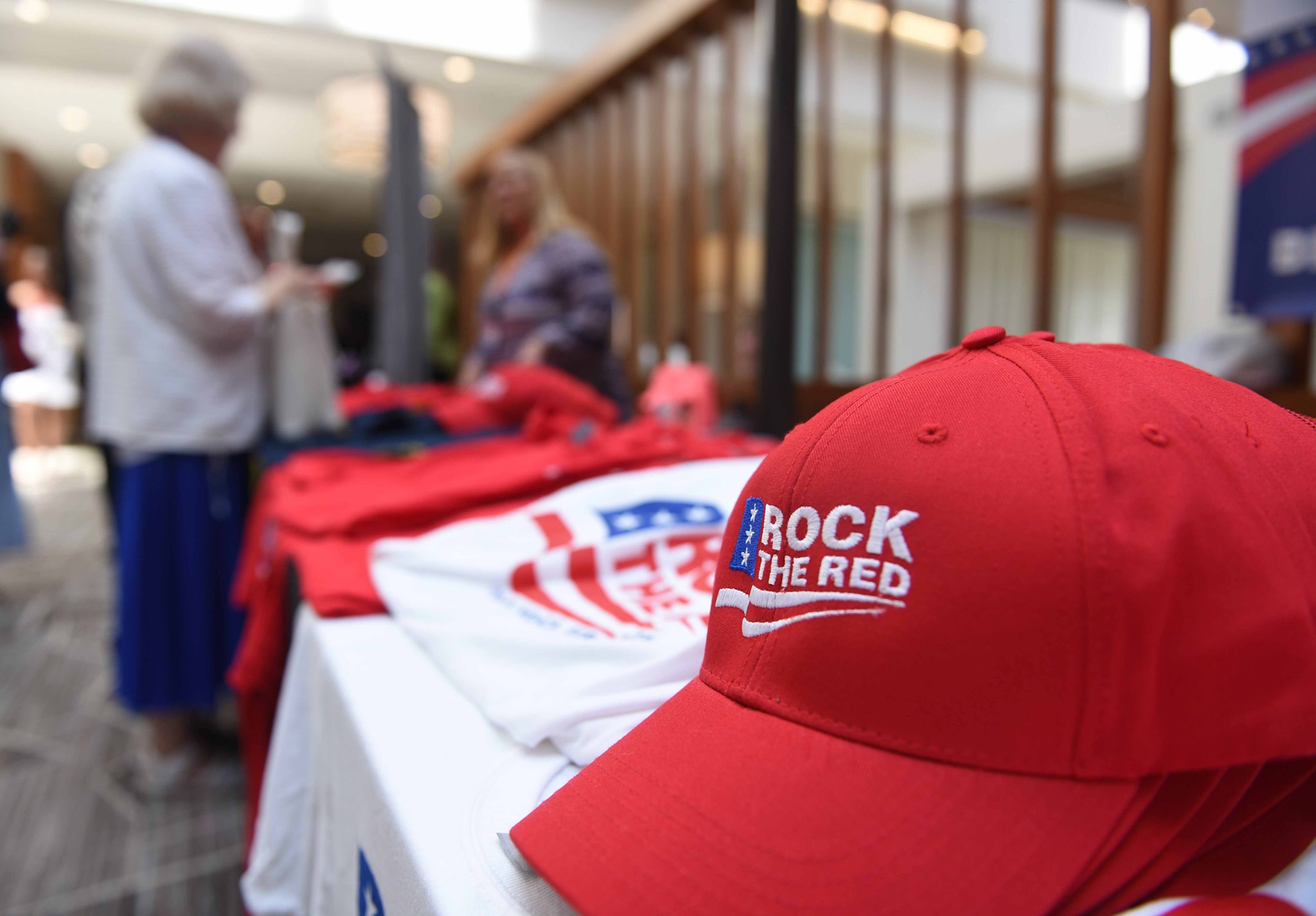 Leaders of the Horry county, South Carolina Republican party responded late Sunday to an incident which occurred over the weekend at the “Rock The Red” conference in Greenville, S.C. As this news outlet reported yesterday, a man purportedly protecting the honor of retired lieutenant general Michael Flynn body-slammed a protester who had infiltrated this right-wing event – which bills itself as the “CPAC of the South.”

The man – who according to witnesses identified himself as a member of Antifa – was body-slammed to the ground by Horry county internet radio host Chad Caton after he began to read from a prepared statement calling Flynn a “scumbag” and a “traitor.”

Here is a clip of the incident posted by David Hucks of MyrtleBeachSC.com …

Horry county leaders not only defended Caton’s actions – they praised him for neutralizing what they claimed was a threat to Flynn’s safety.

“At the end of an otherwise amazing weekend, after the keynote speaker general Michael T. Flynn had spoken, an infiltrator came to the front and grabbed a microphone and began to make a speech,” a statement attributed to Horry county party leaders noted. “He started off asking for a toast for general Flynn, and immediately began calling him a traitor to the country. Two gentlemen attempted to grab the microphone from the man as soon as they realized it was a disturbance and not a guest of the conference, and noticing a threat, Mr. Chad Caton, an Horry County EC, utilized his military training to defuse the situation by subduing the perpetrator.”

According to the statement, Caton “brought the man to hotel security, while ensuring that none of the other guests, who at this point were very angry, harmed the man.”

The statement was attributed to Horry county executive committeewoman Tracey Beanz – editor-in-chief of the conservative website UncoverDC – as well as Horry county chairman Roger Slagle and vice chairman Jeremy Halpin. Beanz has been the focus of considerable mainstream media coverage in recent weeks given her role in facilitating the rise of QAnon – an amorphous assemblage of online provocateurs that has become a catch-all for right-wing conspiracy theories (and theorists). Many believe her election as a Republican executive committeewoman represented the beginning of a QAnon takeover of the South Carolina Republican party (SCGOP).

Beanz and Slagle were in attendance at the ‘Rock the Red’ event and claim to have witnessed the incident. The echoed Caton’s claim that the protester was armed with a weapon – purportedly a “blackjack” club.  For those of you unfamiliar with the term, a blackjack consists of a short, easily concealable leather handle with a weighted end used to deliver close-quartered blows.

“The perpetrator was in possession of a weapon, and police did escort him from the hotel property in a police car,” the statement continued. “Additionally, witnesses heard the man self-identify as Antifa. On the perpetrator’s person, was a printed statement that included a threat stating the man had the intention of performing a ‘citizens arrest’ on general Michael Flynn. This morning, we learned that there was more to this story, and that hotel security had identified another individual waiting near the kitchen exit door where high profile guests would typically exit a venue for security reasons. The event planners are attempting to obtain security footage to further analyze and take steps if necessary.”

These GOP leaders said they were “thankful that Mr. Caton was in the right place at the right time and was able to help defuse what could have been a very dangerous situation.”

“It was a blessing he was there, and any reporting to the contrary is a horrible representation of how Fake News is spread,” they added, calling Caton’s actions “nothing short of heroic, regardless of how you may feel about him personally.”

“We are glad that one of our own stepped up in the face of a threat to defend a distinguished American hero in general Michael T. Flynn,” the statement concluded. “We will continue to support those who act in a selfless manner as we work to take back our country from the very people who disrupted the event yesterday.”

‘Rock the Red’ event organizer Pressley Stutts issued his own statement in the aftermath of the incident, referring to the protester as having engaged in an “Antifa-style attack” – perpetrating a “deliberate premeditated action” against Flynn.


“Mr. Caton was within feet of the infiltrator and saw two others struggling to subdue him,” Stutts wrote. “He came to their aid and subdued the individual to eliminate any potential current or future threat he posed by taking him to the ground. It is a standard law enforcement tactic used to neutralize a threat.”

Stutts went on to say that Caton’s actions were “heroic.”

“Mr. Caton’s split second action diffused a potentially volatile (and perhaps deadly) situation,” Stutts wrote. “If the individual had a gun, the situation could have turned deadly.”

I am certainly willing to give Caton the benefit of the doubt regarding this incident, but the statements being offered up in his defense strike me as significantly overstating the “danger” posed to Flynn by this particular protester. Again, I will wait to hear from local law enforcement regarding the matter, but I believe Caton could have easily neutralized this particular “threat” without having to resort to the level of force he used.