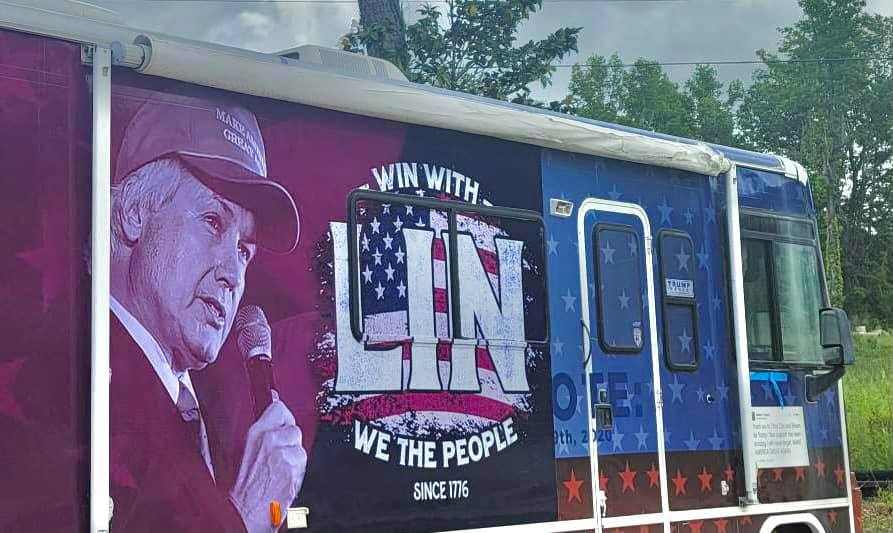 by JEFF DAVIS || Politics was never supposed to be a career, for anyone. That’s not what the founding fathers envisioned. They each left their homes and businesses, went to serve the people for a time, then went back to their lives. They embodied the meaning of serving by putting their personal business on hold, and put #WeThePeople first.

Our country has gotten so far away from that important cornerstone of American history that in today’s cultural environment, a person without a political background is actually deemed unfit to serve #WeThePeople. Unlike SCGOP chairman Drew McKissick – who’s spent a lifetime in politics, and has likely benefited from that in the way that the well-connected do – SCGOP chair candidate Lin Wood was asked to serve, by me and other supporters of #WeThePeople.

mySCGOP.com supports the MAGA agenda of putting America first, educating citizens about MAGA agenda candidates and eliminating dishonest party officials and practices, as well as Republican-in-name-only (RINO) establishment operatives.  Shouldn’t we all?  Despite extraordinary demands on Mr. Wood’s time and energies he said he would run against Drew McKissick.  He felt he could not ask others to stand up if he himself would not answer our call as well.

The people who support Mr. Wood now were already in his corner. After four years of being humiliated, shamed and vilified by mainstream media – and by CNN in particular – conservatives cheered when Wood forced CNN to settle with Kentucky student Nicholas Sandmann. Like us, Sandmann had been misrepresented and defamed, but in a personal way. That young man became hated across our nation for a false media narrative.

Conservatives were thrilled when Wood hit CNN where it hurt most. His election as SCGOP chair would send a very clear message, to both media and current or potential politicians, that in South Carolina, the SCGOP will demand that honesty, integrity and loyalty to the party’s voters are upheld by any candidate seeking GOP support.

As a young tax attorney, I first started following my Atlanta neighbor Mr. Wood in 1996 as the defamation lawyer who spent over a decade-and-a-half clearing hero Richard Jewell’s name after he was wrongly accused of setting the bomb at Atlanta’s Centennial Olympic Park. Like Trump, Wood is a fighter. Like Trump, Wood never gives up. Like Trump, Wood is an outsider in politics. Like Trump, Wood is close friends with leaders that conservatives respect, namely General Flynn, Sidney Powell, Mike Lindell and our good friends at Bikers for Trump.

Wood is our fighter, the man who says that no election really matters until we clear up what happened in November 2020. Wood is 100 percent right in that respect. Until elections are free and fair and 100 percent transparent, we can’t trust any results. Wood’s words of caution about election fraud in Georgia have been twisted or taken out of context many, many times, and McKissick supporters eagerly do that also.

But it’s just a little too convenient and handy for the Drew McKissick crowd to blame the Georgia election debacle on Wood, when it was merely a repeat of the travesty we saw played out in states across the county: Pennsylvania, Michigan, Arizona and perhaps even here in South Carolina. Trying to blame the success of a sinister nationwide election-fraud scheme on a single voice is ridiculous. And by the way, where does McKissick stand on investigating election fraud?  I’d love to know as his silence has been deafening. Wood has never wavered.

Lin Wood supporters see clearly what “connections” and “experience” can do for the political elite, and we believe light is the best disinfectant. McKissick’s connection to Rampart PAC needs exactly that as well, light.  Don’t you want to know? I do. #FollowTheMoney.

As Republicans, we also believe in fairness. Who ARE the state delegates for the May 15 convention? McKissick has the full list of those who were elected by their GOP peers at county conventions, but the SCGOP has thus far refused to share it with the three other candidates, state delegates, or anyone except, perhaps, certain county leaders who endorse Drew. McKissick has been using that list to campaign while his three opponents cannot. Is that Republican? Not in my book. We are better than that.

Wood has answered voter questions across South Carolina. Wood has been 100 percent accessible, spending hours crisscrossing our state talking with and taking questions from #WeThePeople at public events and weekly ZOOM calls. He never dodges questions. He shows no fear. He has also shared his Christian testimony, and for those that have heard it, it is moving, and it’s not a canned political talking point like most politicians we know.

McKissick on the other hand has been making short appearances, delivering a canned speech (often demeaning Bikers for Trump) and then quickly departing, taking no questions. Smooth political strategy for sure, but not the leader we want. It is not Trump. Is Drew’s time so much more precious than voters’ questions? Or what is he hiding? Why won’t Drew McKissick show up for a debate? Don’t we deserve to have our questions answered?

Wood is also adamant about doing whatever it takes to stop human trafficking, especially of children. We want an SCGOP leader who demands the same from GOP candidates, a leader who steers us away from candidates and politicians with a penchant for self-opportunism and puts out children first. Don’t you?

While Drew McKissick mocks us as whack-a-doodles, Lin Wood will embrace, rather than refuse, the volunteer efforts of the South Carolina’s tireless MAGA-supporting mySCGOP.com members. Despite their great desire to grow the party in South Carolina, Wood sees this large, devoted block of voters being maligned on social and in traditional media by some current county leaders, simply for demanding a level playing field and transparent elections. We are anxious to help Wood do the work required to grow the party at this opportune juncture.


And a personal favorite of mine, Lin Wood is willing to forego the salary that comes with the Chair position, as Trump did with his presidential salary. We like that. That alone will take us back a decade to a time before career political consultants started running the SCGOP. Mr. Wood will be impervious to bribes, and best of all his wealth didn’t come from politics, it came from fighting for the truth. These are traits we admire and seek in an SCGOP leader for South Carolina.

Wood donated hundreds of thousands of dollars to the Trump campaign. He is also open about disliking John McCain and having voted for Obama in 2008, and he is hardly alone in that act. America is only about 13 percent black and Democrats make up only about half the voters. So many, many Republicans also voted for the silver-tongued politician from Illinois, in hopes of a brighter future for our country; let’s not pretend they didn’t.

We support Lin Wood, who believes in election integrity, transparency, truth, the elimination of career RINOs and opportunism, and always in serving #WeThePeople. He fully supports President Trump, the MAGA agenda, candidates who want to put America First, and who operate with integrity, honesty and – most of all – loyalty to the GOP platform and voters … instead of the almighty dollar or other more nefarious motivations.

Sure, Mr. Wood says some things that challenge us to think.  But ask yourself this: would the nation’s most famous (and enormously successful) defamation lawyer say ANYTHING that could get him sued for defamation? Have you seen lawsuits filed against Wood by supreme court justice Roberts or former vice president Mike Pence? No, you have not. Ask yourself why.

Has McKissick filed a defamation lawsuit based on Lin Wood’s claims about him and Rampart PAC … or worse? He has not to my knowledge. Ask yourself why.

Jeff Davis is an attorney who resides in Greenville, S.C. He is the co-founder of mySCGOP.com.