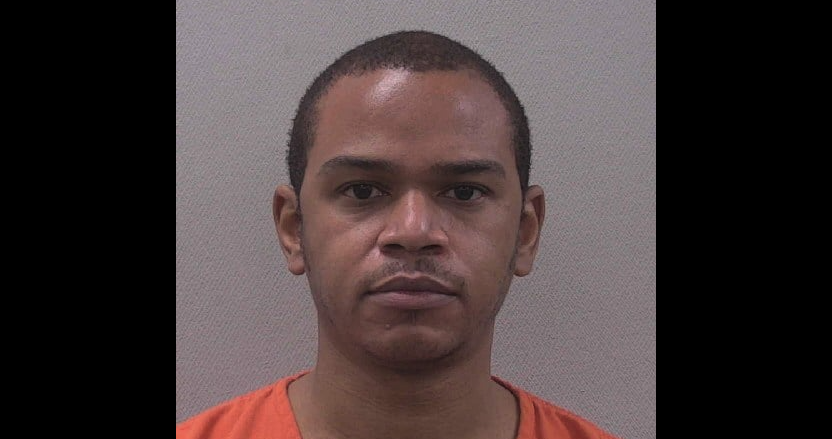 A Columbia, South Carolina man who worked at a local elementary school allegedly had sex with his Great Dane multiple times on video, according to a Lexington County Sheriff’s Department report.

Kevin Christopher Billups, 34, was charged with eight counts of buggery and eight counts of third-degree child exploitation of a minor, according to the Lexington County Sheriff’s Office.

According to the police report, investigators received a tip earlier this week from a confidential source who said a local man was seen in videos having sex with a dog. The source provided a link to a video.

The tipster gave police photos of Billups and said he worked at a local elementary school, the incident report said. According to Billups’ LinkedIn page, he worked at Lonnie B. Nelson Elementary School as a kindergarten teaching assistant and at Zion Baptist Church as a choir director.

Billups allegedly posted several videos of himself engaging in sexual battery with the Great Dane under the username “wontonchuckson.”

Investigators then found a Pinterest account under the same username “wontonchuckson” with Kevin Billups’ username and his profile picture displayed publicly, according to the police report.

On Tuesday, deputies visited Billups’ apartment, where they confirmed that he had a Great Dane that matched the dog in the sex video, according to the police report.

Later on Tuesday, detectives received a search warrant for Billups’ apartment in Columbia, South Carolina, where they seized two cell phones, two hard drives, and a computer pursuant to the investigation.

Lexington County Sheriff’s Office deputies said the bedroom of Billups’ home matched the scene in the dog sex video, according to the incident report.

When Billups was interviewed Tuesday afternoon, he admitted to having “extensive sexual interactions with his dog, who he identified as ‘Leia,'” the police report said.

Billups also indicated that detectives would find child pornography on his hard drive, according to the police report.

“Based on information he provided to us during that interview and the evidence collected from his home, we arrested him and transported him to the Lexington County Detention Center,” Koon said.

“The dog involved in this case has been relocated and is in the care of an animal rescue organization,” Koon said.

“This is still an active investigation,” Koon said. “Our work on this case continues as part of the South Carolina Internet Crimes Against Children Task Force.”

SC Deputy Arrested After He Punched A Woman In The Head, Police Say