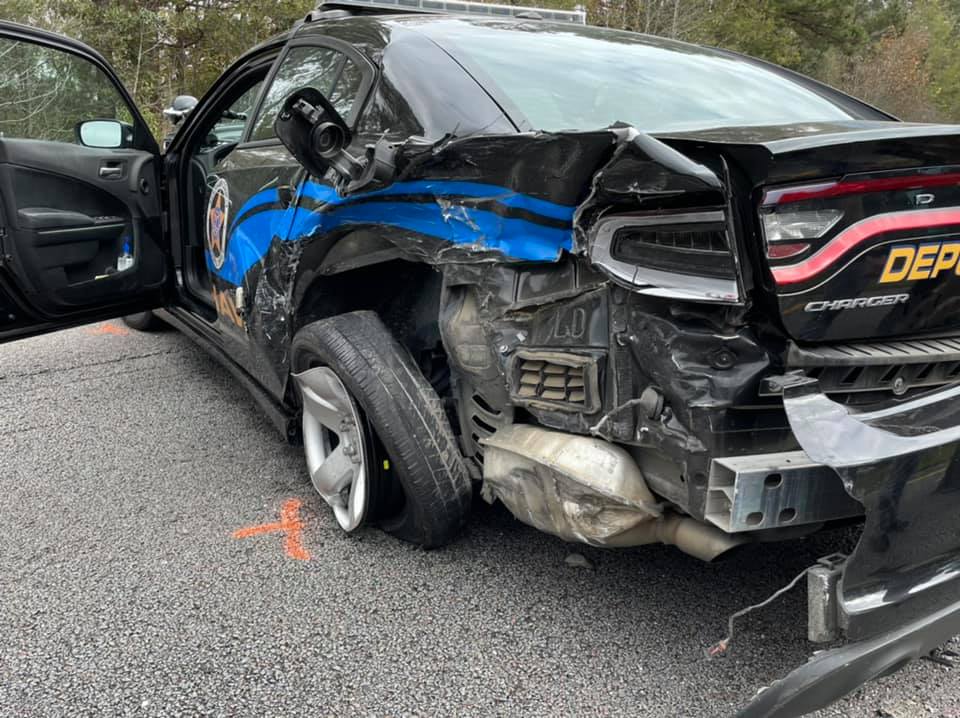 On one of the busiest travel days of the year, a Kershaw County, South Carolina deputy was injured in a crash following a police chase in the Midlands.

According to the Kershaw County Sheriff’s Office, a police chase of a stolen vehicle ended in a crash on I-20 West near Exit 92 in the Lugoff, South Carolina area.

The deputy in the crash suffered non-life-threatening injuries and doctors told the sheriff’s office he will be OK.


Both suspects were treated by EMS, according to the Kershaw County Sheriff’s Office.

The crash caused significant traffic delays in the Midlands on I-20 after several lanes were blocked Wednesday morning.

According to Google Maps, travelers on I-26 were seeing delayed traffic around 2 p.m. between Irmo and Chapin after at least one accident was reported.

As our founding editor Will Folks reported earlier today, it’s important to note that South Carolina’s highways are deadlier than ever.

According to the S.C. Department of Public Safety (SCDPS), there have been 830 fatal crashes reported on Palmetto “dieways” so far in 2020 – four fewer fatal crashes than were reported at this same point in 2019.

We will continue to keep our eye on the traffic situation across South Carolina today. Stay tuned…