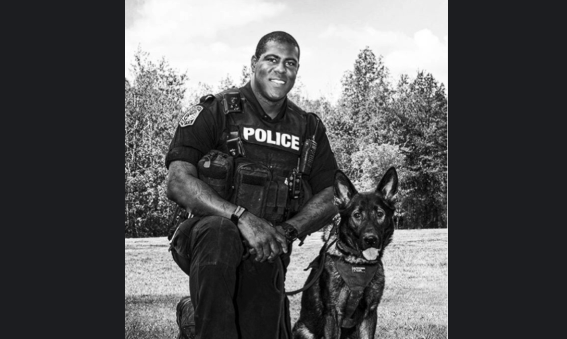 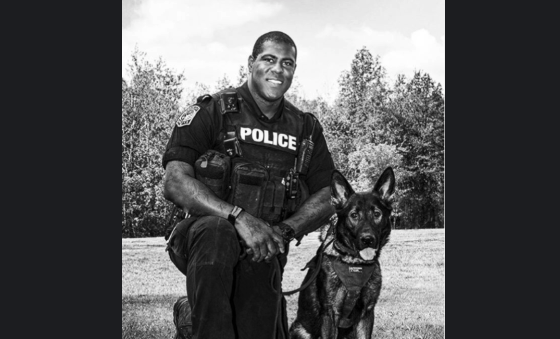 The bombshell lawsuit is filled with explosive accusations against the police department and specific officers.

After the only black patrol officer in Easley, South Carolina was terminated, he filed a federal lawsuit accusing the police department of racial discrimination, harassment, workplace hostility, mistreating a police dog and wrongful termination.

Deonta L. Brinston, a 37-year-old Anderson County resident who worked in law enforcement for 12 years, filed the federal lawsuit against the City of Easley, Interim Police Chief Lane Byers and Captain Jeremy Miller on Oct. 19. The lawsuit was first reported by the Greenville News last week.

In addition to the lawsuit, Brinston is seeking an emergency injunctive release for a police dog named Lu that he fears is being mistreated by the city.

According to the lawsuit, Brinston was fired on September 18 — the day after he complained about Easley officials discriminating against him and mistreating him.

Brinston “has been the repeated victim of racial harassment, a racially
hostile working environment, disparate treatment based on race, racial discrimination, interference with his rights under the FMLA, retaliation for engaging in protected speech and violations of the S.C. Payment of Wages Act,” the lawsuit said.


Brinston was fired from the police department for allegedly violating a city policy that forbids employees from recording other employees. He was fired a day after his fiancé recorded a hostile phone call between Brinston and Miller while Brinston was on family medical leave.

In the lawsuit, Brinston’s attorney, Candy Kern of Anderson, argues that her client was discriminated against while other white officers who violated more serious policies were not punished.

When Brinston was fired in September, he was the only black road patrol officer in a department of 45 officers, according to the lawsuit. Only three other black officers work for Easley P.D. — one in administration and the others as school resource officers.

The city of Easley, located in South Carolina’s Upstate region, is about 12 percent black with a population of around 20,0000.

Brinston started working for Easley Police in 2008, but left for a job at the Anderson County Sheriff’s Office after “several incidents of discriminatory and retaliatory behavior” from Jeremy Miller, his superior at the time.

The lawsuit claims Miller has a “history of racial animus,” and “other misdeeds, which include:

A female officer filed a police report (below) with the Pickens County Sheriff’s Office in 2013 claiming that Miller sent her harassing text messages.

The lawsuit claims that “ECPD’s culture of blatant racism and support for blatant racially derogatory behavior was rampant.”

In one example, a white (unnamed) lieutenant called out another agency for denouncing an employee who dressed in black face. Officer Brady Autrey, who is white, responded saying “f*cking communists” and officer David Carr, who is also white, texted to the group “Well what if we paint everything BUT our face? We good???”

The lawsuit listed a few other examples of policy violations other officers were never fired for, including:

In a response to the lawsuit, the City of Easley denied the racial discrimination allegations.

The lawsuit also alleges that the City of Easley denied Brinston equal pay “and treated him differently and disparately because of his race.”

He also claims he was not compensated for various K-9 training programs.

In 2017, Briston started working with Easley officials to revitalize the K-9 training program and the city purchased two police dogs, including then 14-month-old Lu.

Brinston and Lu bonded immediately and became an inseparable team for years, the lawsuit said.

“The two have gotten numerous dangerous thugs, drugs and illegal guns off the streets of the City of Easley, backed up other officers in dangerous pursuit and arrest situations, and have been community police ambassadors to numerous citizens, families and children in the City of Easley,” the lawsuit said.

Per the City’s policy, Lu lived with Brinston’s family and bonded with his fiancée and two children, according to the lawsuit.

After Brinston was fired, Miller tried to take Lu, but the dog bit him twice. Miller tried to allege that Brinston trained Lu “to bite administration,” yet (the previous police chief) “didn’t have any problems with K9 Lu,” the lawsuit said.

Lu was recently mentioned in a lawsuit where a man claimed the dog bit him excessively during an arrest, the Greenville News reported.

Now, Easley officials are threatening to put Lu down or sell him because they are claiming he is aggressive and unable to be trained, the lawsuit said.

In October, Lu was inhumanely housed” in a small kennel on a concrete pad even though Brinston has offered to take the dog for free during the “litigation hold,” the lawsuit said.

In addition to purchasing Lu from the city, Brinston seeks an undetermined amount in damages in the federal lawsuit for race discrimination in employment and violating the Fair Labor Standards Act, S.C. Wage Payment Act.