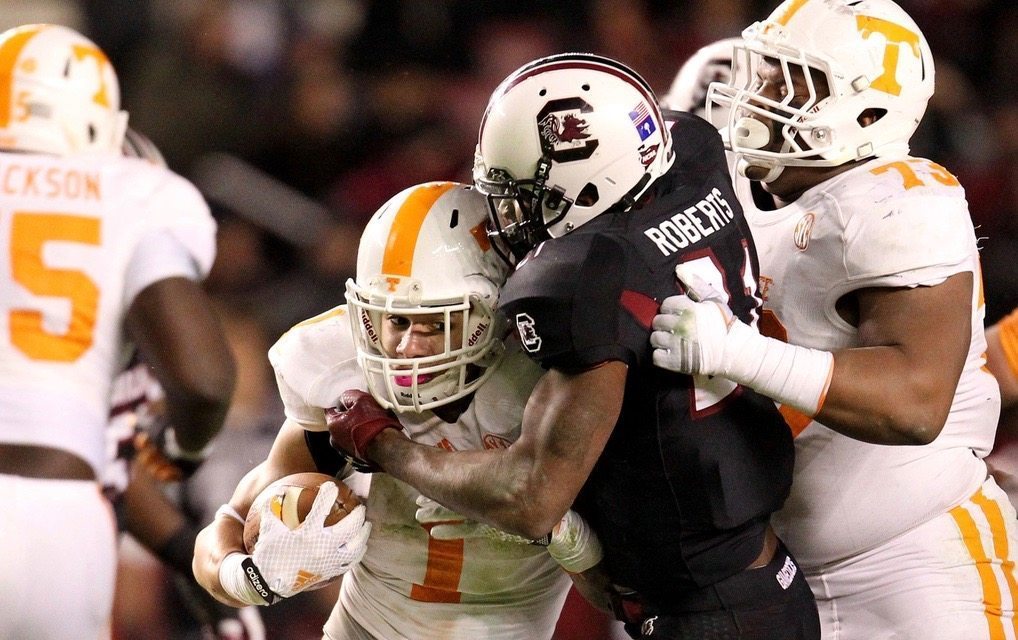 The University of South Carolina’s football game against the University of Tennessee will kickoff at 4:00 p.m. EST on November 7, the Southeastern Conference announced this week.

The SEC Network will televise the game nationally.

Interim head coach Shawn Elliott – who won his debut against Vanderbilt on October 17 – will lead his team into College Station, Texas this Saturday at 12:00 noon EDT for a rematch against the Texas A&M Aggies (5-2, 2-2 SEC).

Head coach Kevin Sumlin‘s squad humiliated then No. 9 South Carolina a year ago …