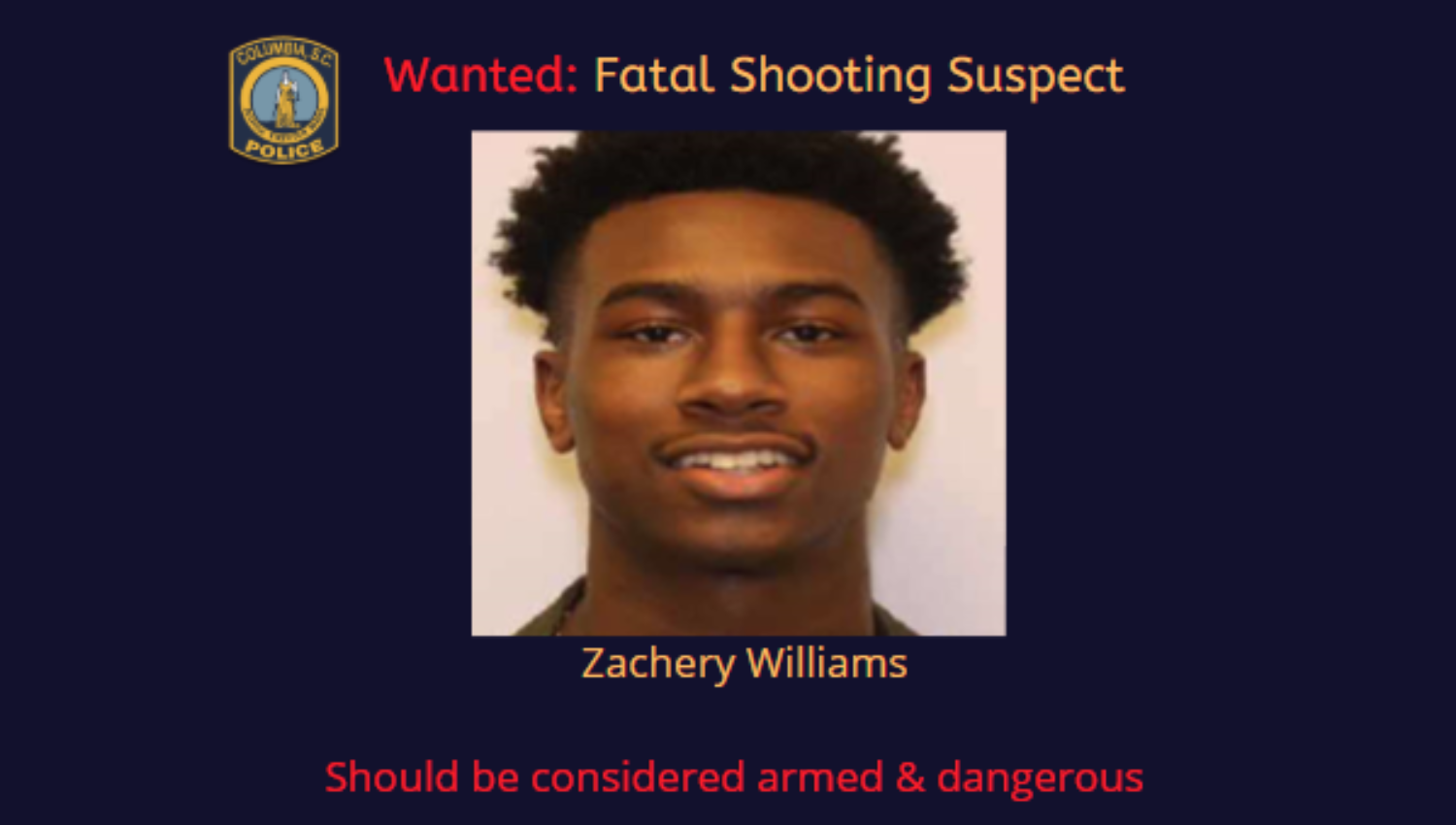 Columbia Police have arrested two men wanted in the murder that occurred near Five Points in downtown Columbia this weekend.

Police were searching for a second suspect who should be considered “armed and dangerous.” He turned himself in on Thursday.

Zachery Jamell Williams, 20, was later charged for murder, armed robbery, and possession of a weapon during a violent crime in the Sunday shooting incident that left 26-year old Wesley Colin Brown, of Greenville, dead.

“Shortly after seeing Brown, it’s believed Williams approached him, stole a personal belonging and shot him before the two suspects drove away from the scene,” a news release from Columbia Police said.


Early Sunday, a couple discovered Brown’s body while they were on a morning walk. The couple called 911, and Brown was pronounced dead at the scene.

Richland County Coroner Gary Watts said that Brown died from complications due to a gunshot wound.

“CPD investigators have determined that Brown came to Columbia to attend a wedding and was alone at the time of the shooting incident,” Columbia Police said in a news release. “Officers have canvassed the area where the victim was located, talked with potential witnesses and collected evidence at the scene.

Police are also searching for Williams’ grey SUV (pictured below).

If you have information on Zachery Williams’ whereabouts, call 88-CRIME-SC or submit a tip to:www.midlandscrimestoppers.com.