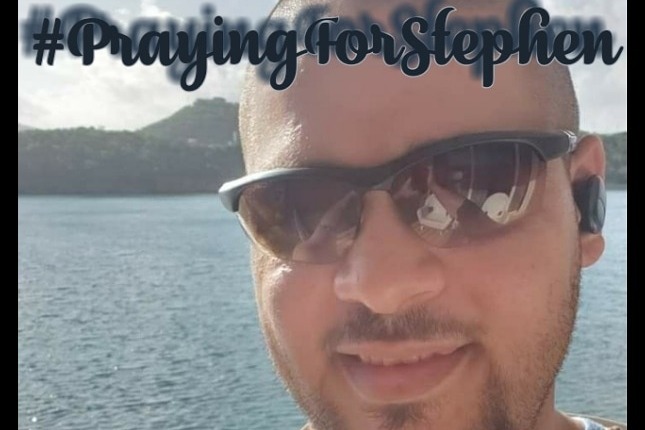 One year after a Lexington County, South Carolina man died from injuries sustained in an encounter with police during a welfare check, his father is suing multiple law enforcement agencies and deputies for wrongful death.

Lexington County Sheriff’s Department officials responded to “one or more” calls in reference to a white man “acting strangely” around Crestridge Drive on Sept. 18, 2019, the lawsuit said.

When police arrived on scene, Stephen Walter Gagliani was inside his home, according to the lawsuit.

Kinder and Markey then allegedly attempted to make contact with Stephen Walter Gagliani by pounding on the side of his home, the lawsuit said.

The officers then asked Gagliani to come outside into the yard, according to the lawsuit. He complied.

At this point, deputy Wilkes arrived on scene and the officers then surrounded Stephen, which prevented him from “exercising his discretion to terminate the encounter,” the lawsuit said.

Kinder and Wilkes “then improperly and unlawfully” drew their tasers, and “began yelling commands over each other in an improper and confusing fashion,” according to the lawsuit.

Kinder and Wilkes both deployed their tasers eight separate times, the lawsuit said.

Wilkes then punched Stephen Walter Gagliani in the head with enough force “to cause a fracture of the fifth metacarpal of Wilkes’ right hand,” which is known as a boxer’s fracture.

The lawsuit does not describe Stephen Walter Gagliani’s actions during the encounter. LCSD officials told WIS News 10 at the time that he was combative and they deployed their tasers and pepper spray when they could not restrain him.

Then, Kinder and Wilkes executed “a chokehold takedown” on Stephen and they both placed their entire weight on his neck and head, the lawsuit said. The lawsuit claims they did this unlawfully.

This “chokehold takedown” is not mentioned in Lexington County Sheriff’s Office statement at the time. LCSD officials said Gagliani collapsed during the encounter.

As he was unresponsive, Markey handcuffed Gagliani’s left hand, the lawsuit said.

When the officers realized that he wasn’t breathing, they both started slapping his face and performing CPR while they “improperly provided an unknown amount of naloxone, or equivalent generic,” the lawsuit said.

Naloxone is an opioid overdose reversal drug. Neither the lawsuit or LCSD’s statement says if Gagliani was on drugs at the time.

WIS also reported that two of the officers were injured — one with the broken hand (which was described in the lawsuit), and the other with a bite wound (not in the lawsuit).

Gagliani was taken to the hospital and not charged in the incident.

The lawsuit claims that Kinder, Wilkes, and Markey “improperly and unlawfully placed (Gagliani) in a position which improperly, unlawfully, and fatally impeded his flow of oxygen.”

Stephen Walter Gagliani died five days later as a result of the injuries suffered during the encounter with police, the lawsuit said. He was 34 years old at the time of his death.

The lawsuit seeks at least $5 million for Gagliani’s wrongful death.

“Stephen was always a kind and gentle person who loved spending time with his family, friends, and coworkers,” his obituary said. “He was a person of faith and lived life serving the Lord and others.”

Here is the full lawsuit…