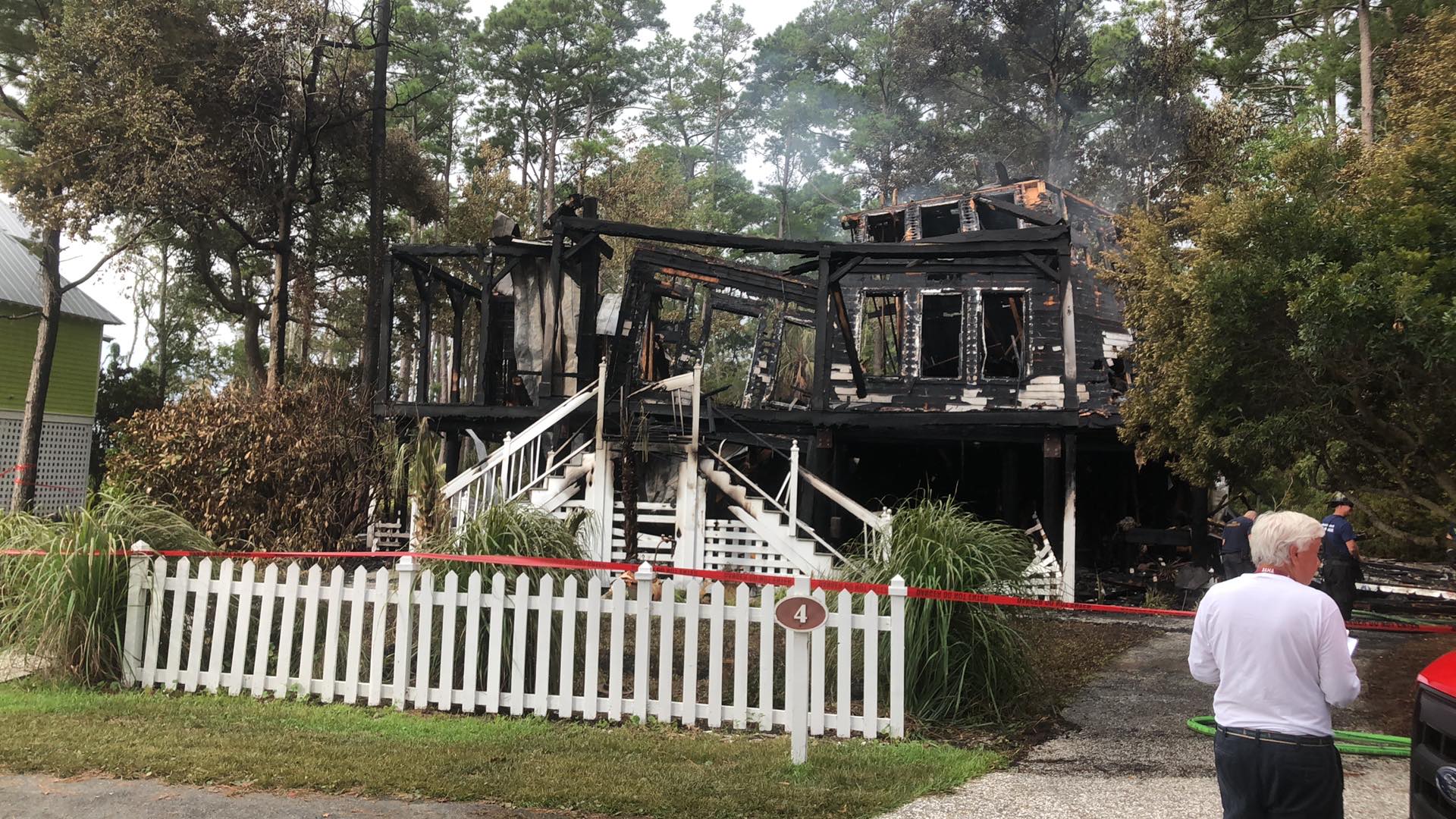 Crews arrived on scene less than four minutes after it was reported, Loper said.

“There were two children and one adult and one dog that successfully self extricated,” Loper said. “Unfortunately the home is most likely a total loss.”

Daufuskie fire officials told FITSNews there were no injuries in the fire and a fire official from Hilton Head Island was investigating the cause of the blaze Thursday morning.

Hilton Head Fire Rescue responded with mutual aide to the structure fire inside Melrose Resort on the east side of the island this morning at 6:35 a.m.

10 Daufuskie firefighters — 5 of them volunteers— worked overnight and used 135,000 gallons of water to put out the fire.

This video (above) was taken by Brad Klieve, who lives on Daufuskie Island. Klieve also took the photo (at the top of the article) showing the home Thursday morning.

Klieve said the fire department did a fantastic job protecting the neighboring homes and keeping the fire contained. The fire did not spread to any other homes.

The smoke could be seen from Hilton Head Island last night.

Daufuskie Island is home to around 400 residents and is only accessible by boat. The island has its own fire department with both volunteers and full time employees.

Daufuskie is South Carolina’s most southern island, sitting between Hilton Head and Savannah. Daufuskie is just across the Calibogue Sound from Hilton Head’s Harbour Town.