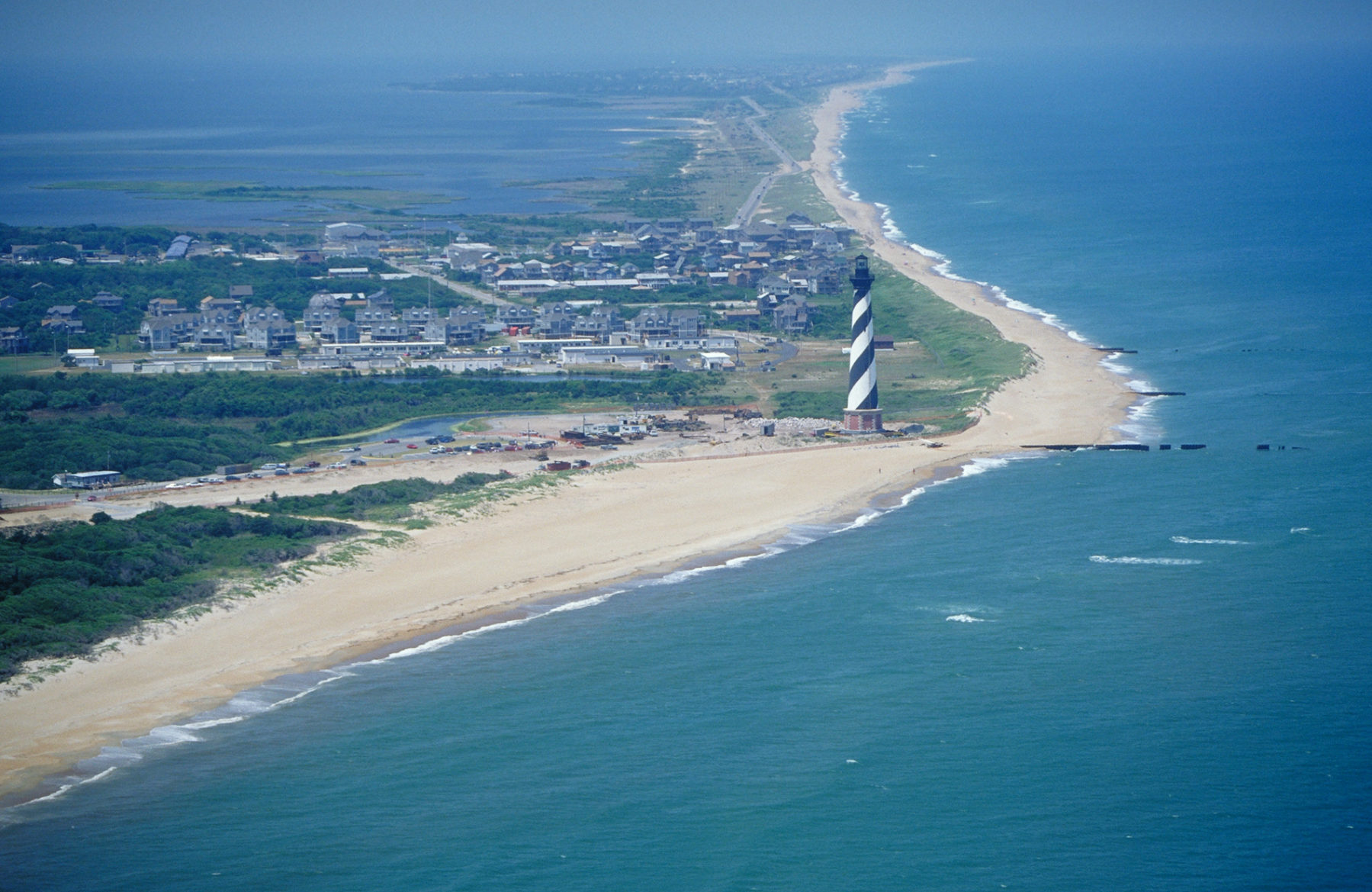 As the 2020 tourism season approaches a moment of truth in the aftermath of the coronavirus pandemic, South Carolina taxpayers are once again discovering they have shelled out big bucks to subsidize tourism marketing

The only problem? This time the subsidy is providing free advertising for another state.

We already knew North Carolina was crushing the Palmetto State on virtually every front … but this latest indignity rubs a heel-full of tar (or something) right in Sandlappers’ faces.

As the title of our article suggests, we are referencing Netflix’s Outer Banks – a breezy teen action/ mystery drama that debuted on the recession-resistant streaming service on April 15, 2020.

“On an island of haves and have-nots, teen John B (Routledge) enlists his three best friends to hunt for a legendary treasure linked to his father’s disappearance,” the show’s promo teased.

There’s tension and release, clues and confrontations, hiding and seeking … and did we mention very little in the way of clothing?

It’s like an edgier, non-cartoon version of Scooby Doo (only without the canine protagonist) – campy and chaotic with some great cinematography (particularly during its chase scenes) although the show is cluttered and conventional in its script and confusing in terms of the interplay of its cast.

It’s like Dawson’s Creek and Cape Fear made a baby … and then had no idea what to call it. Which of course leaves viewers wondering whether any of these kids will ever develop any real depth of character … or just wind up becoming cast mates on some future installment of Southern Charm.

“Outer Banks is too wobbly, too noncommittal about what kind of show it wants to be: Generic teen melodrama or thriller with a keen sense of place? Deliberately hokey or deeply sincere?” noted Richard Lawson for Vanity Fair. “(Its producers) struggle to answer those questions, leaving the show to languish in limbo – beached on a sandbar of its own making, stuck out in the very shallows where it should be cavorting.”

Yeah … maybe they should have hired that guy to be a writer on the show.

Still, Lawson acknowledged that for a nation cooped up over the past two months, Outer Banks “delights in a vital feeling that has, of late, been denied us.”

We’ve watched the first few episodes of the show’s inaugural season and liked it well enough to continue “binging” – although we felt its promising plot premise devolved far too quickly into predictability. And again, there was little in the way of compelling writing to lift it back up.

Still, the series is scoring pretty well among both critics and viewers on Rotten Tomatoes. Which means it likely be renewed (in the event shows like this are ever allowed to film again).

As we noted in our last Netflix review, though, we are not entertainment critics …

We are, however, critics of unnecessary government – like the millions of dollars in taxpayer incentives the state of South Carolina threw at this production (which filmed on location in and around Charleston, S.C. last spring after producers ditched North Carolina thanks to its controversial bathroom bill).

North Carolina will still reap the benefit, though, as the Outer Banks is receiving a ton of free publicity at the precise moment the national tourism economy is poised to bounce back from the coronavirus shutdowns.

South Carolina? Sure, it will receive mentions in all of the stories as the “actual location of the filming,” but so far the only thing the Palmetto State is seeing from its “starring” role in this production is, well … vandalism.

Will its reeling tourism industry obtain any “actual” benefit from this show? Doubtful … although our hope is the indignity of spending our tax money to promote another state will be the final nail in the coffin of this ridiculous program, which a decade ago was reportedly only netting nineteen cents per every dollar invested.

Even the increasingly left-leaning mainstream media has ripped film incentives, with the editorial board of The (Charleston, S.C.) Post and Courier decrying them last summer as “a giveaway, primarily benefiting production companies and out-of-state workers.”

The board went on to express concerns that the Palmetto State “could go broke trying to compete with production powerhouses like Georgia and California, or with dozens of other states, even other nations, that offer richer rewards.”

“South Carolina doesn’t need to be in a race to the bottom,” the paper concluded. “Its natural allure should be sufficient to attract a fair share of cameras with or without incentives.”

“Film incentives are nothing but bailouts for millionaire movie producers,” we wrote back in 2014.

Of course the very next sentence of that editorial made our larger point: “Even if they were great investments – it still doesn’t make moviemaking something taxpayers should subsidize.”

That’s right: Film production is not a function of government.

Especially if the eye candy taxpayers are subsidizing is reaping benefits for another state … all while reminding South Carolinians of the spring break they didn’t get (and the summer vacation they likely can no longer afford).