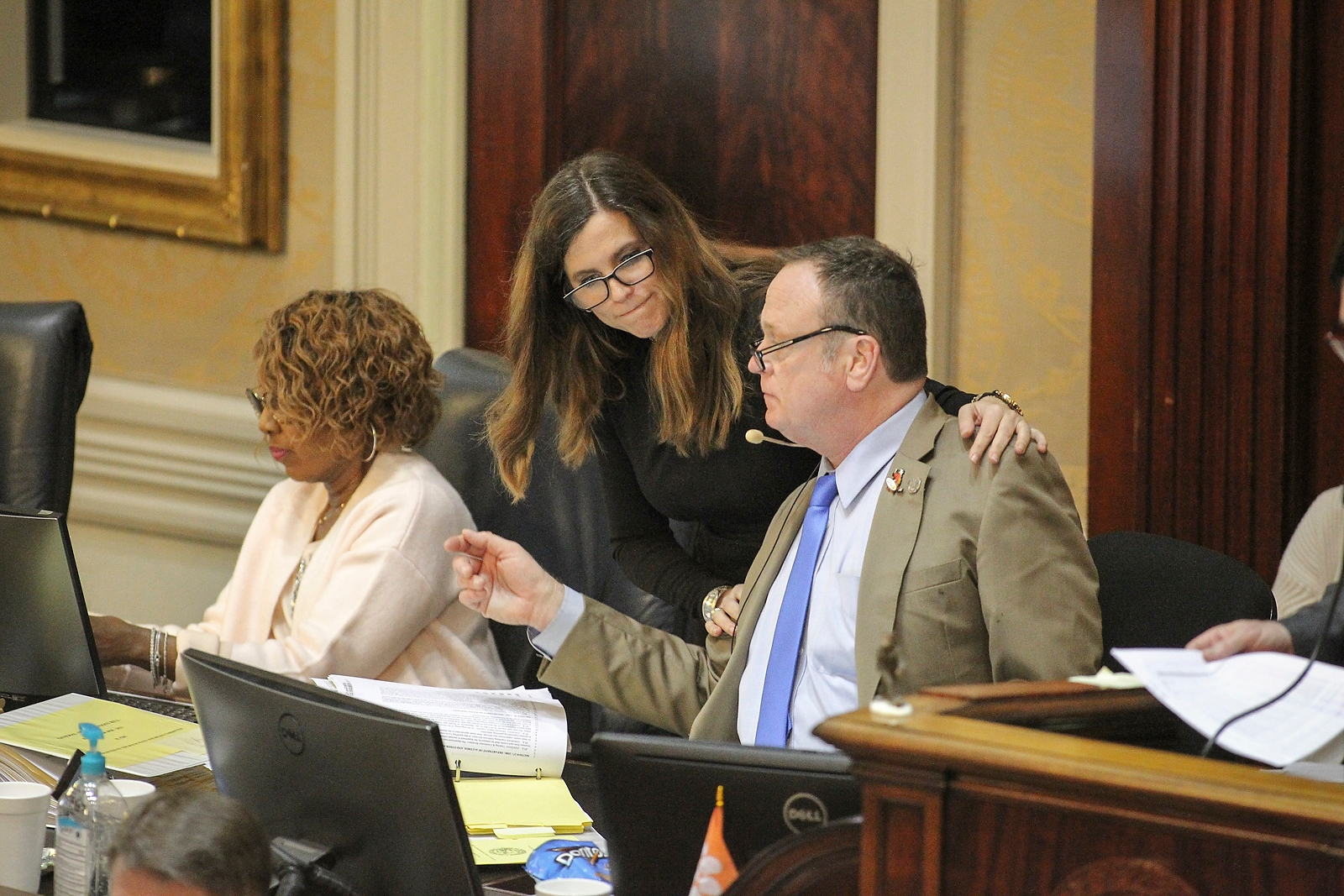 The frontrunner for the Republican nomination in South Carolina’s first congressional district was slammed by her top rival on Thursday as being insufficiently committed to opposing abortion – a hot-button issue for GOP primary voters.

Actually, GOP challenger Kathy Landing took it further than that … accusing frontrunner Nancy Mace of being “not much different” than liberal U.S. House speaker Nancy Pelosi on abortion.

“What’s the difference between Nancy Mace and Nancy Pelosi?  As it relates to Planned Parenthood, not much,” Landing said in a news release. “While South Carolina’s entire Republican federal delegation and an overwhelming majority of Republican state legislators signed on to a legal brief defending South Carolina’s values on defunding Planned Parenthood, it is pathetically predictable that Nancy Mace did not sign.”

Landing is referring to this brief (.pdf) …

“Nancy Mace’s failure to join the fight to defund Planned Parenthood and stop our tax dollars from going to the abortion industry leader is exactly what we should expect from a career political insider,” Landing continued.

Landing went on to say “the truth is what you see with Nancy Mace might not be what you get.”

“We need a Member in Congress you can always count on to stand for our conservative values, not play politics with them,” she said. “We don’t need another Nancy in Congress.”

As they say in Palmetto politics, “dem’s fightin’ words.”

The abortion release was the first real punch Landing has thrown against Mace in this race – which will determine who challenges incumbent Democratic congressman Joe Cunningham in November. Mace has previously punched down at Landing – accusing her of “trying to buy the election with her own money.”

Mace, 42, is the runaway leader in the GOP primary – amassing huge advantages in polling, fundraising and grassroots support. With each day that goes by, those advantages become harder for her rivals – led by Landing – to overcome.

The second-term state lawmaker from Daniel Island, S.C. was not immediately available to comment on the broadside from Landing, however one of her supporters in the S.C. General Assembly told this news outlet Landing was mistaken in her line of attack.

“Nancy has voted against funding for Planned Parenthood every time,” the Mace backer told us.

Mace was at the forefront of the most recent legislative debate on abortion, pushing to include exemptions for victims of rape and incest. That position – which we supported – resulted in her being assailed by some in the pro-life movement.

In addition to Mace and Landing, two other candidates – “Bikers for Trump” founder Chris Cox of Mount Pleasant, S.C. and entrepreneur Brad Mole of Bluffton, S.C. – are also campaigning for this seat. Neither has made much of an impact, though, and time is running out for them to make their mark.

Cunningham won election in 2018 thanks in no small part to former U.S. congressman Mark Sanford – who held this seat from 1995 to 2001 and again from 2013 to 2019. Sanford’s refusal to endorse GOP nominee Katie Arrington two years ago after she defeated him in the primary divided the Republican base – while Cunningham was able to position himself as a moderate centrist.

Partisan primary elections in the Palmetto State are scheduled for June 9, 2020 – a month away. The winner of the GOP race will face Cunningham in the general election, which is scheduled for November 3, 2020. That latter matchup will likely be one of the most expensive congressional races in state history, as the first district has become one of the few true “swing districts” in the nation – making it a magnet for special interest money from outside of the district.

by Will Folks
Will FolksOctober 27, 2021November 1, 2021
South Carolina Politics

South Carolina Senate: ‘Masks For Thee, Not For We’