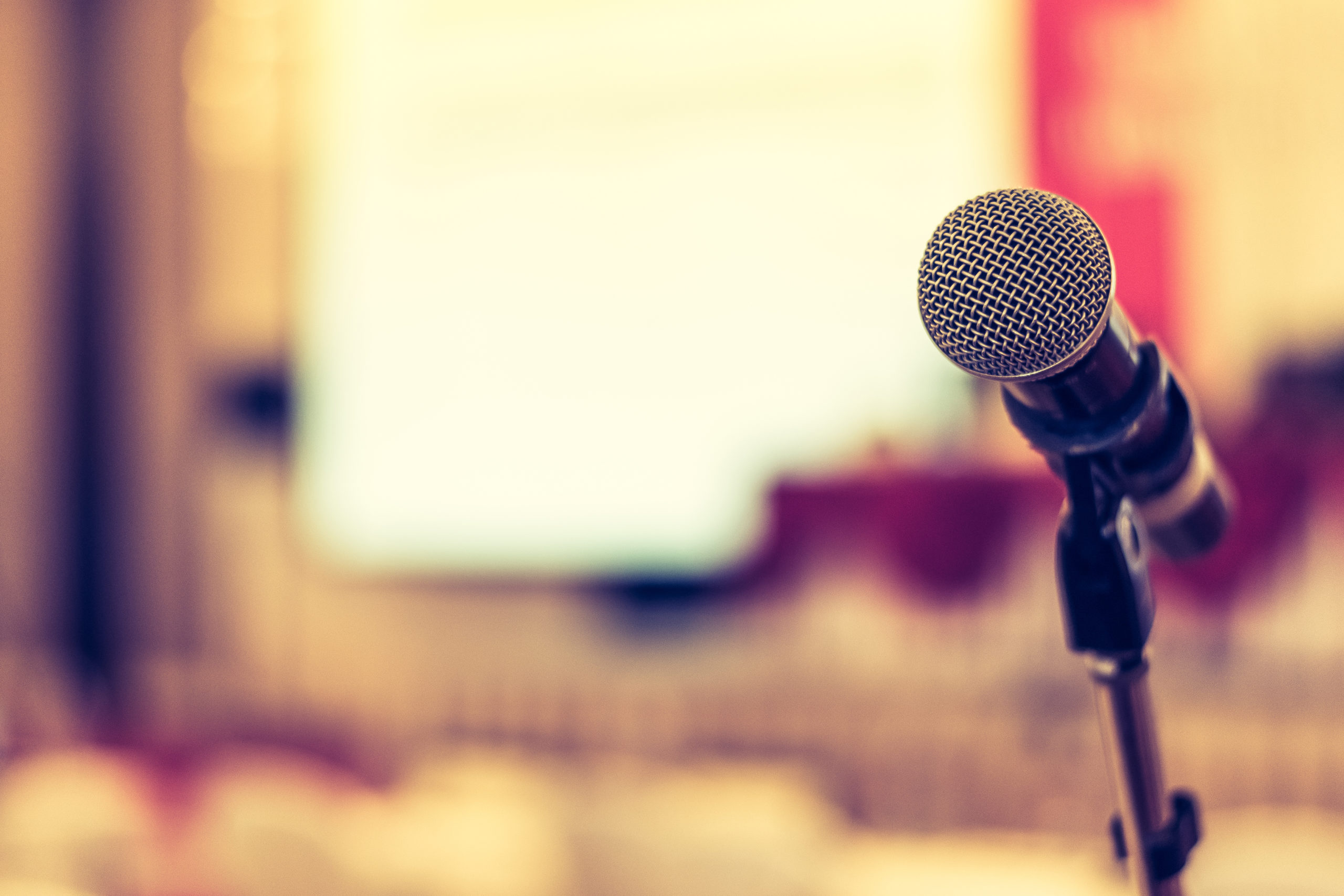 During a virtual board meeting this week, a South Carolina school district voted on two proposals that shifted power and control away from the public and their elected school board officials during the COVID-19 pandemic.

On Monday, the board of trustees of Lexington-Richland School District Five – one of the largest districts in the Midlands region of the Palmetto State – granted two officials an undefined amount of power in one vote. They also voted to suspend public comment during the coronavirus state of emergency.

The resolution passed on a 5-2 vote — with trustees Ken Loveless and Jan Hammond voting against it.

In a press release, the district said the measure was “providing more flexibility to the district in response to the coronavirus (COVID-19) crisis.”

A community activist in the Lexington-Richland school district, who asked to remain anonymous, said she was worried the resolution is an example of government overreach — arguing it stripped six of the board members from making decisions on behalf of the taxpayers.

“I am very concerned that we, as the public, elected seven trustees to represent our interests on the school board,” she said. “We have no idea what sort of policy changes the board will need to make during this emergency order from the governor.”

Here is the full text of the resolution:

“For the duration of the State of Emergency in South Carolina, and unless otherwise directed by subsequent action of the Board, the Board waives and/or suspends all policies, administrative procedures, and other rules that conflict with the aforementioned Executive Orders of Governor McMaster and any future applicable Executive Orders, any state and federal emergency laws such as the Families First Coronavirus Response Act (FFCRA) that may have or may be passed during the pandemic, any guidance issued by federal or state agencies, including but not limited to FEMA, the Department of Labor, the IRS, and the South Carolina Department of Education, and further authorizes the Board Chair in consultation with the Superintendent to waive or suspend provisions of existing policies, administrative procedures, and other rules, if compliance with the provisions thereof would in any way prevent, hinder, or delay necessary action by the Board or school district in coping with the emergency or otherwise in carrying out the applicable Executive Orders of the Governor, including making necessary and appropriate arrangements to account for the local needs and unique circumstances of the Board and school district.”

Several districts residents, who voiced their concerns on Facebook, saw the move as a “power grab” in the midst of an ongoing public health crisis.

“The wording is vague, at best, so essentially one person can decide what may prevent, hinder, or delay,” a constituent wrote on the Learn About Your School Board – Lexington Richland School District 5 Facebook page.

Other constituents said they didn’t understand why the majority of the board members — whom they voted to represent them -— were in favor of a resolution that essentially removes their own power.

“I understand these are unprecedented times, but I don’t see where other governmental bodies have vested all decision-making powers in one person,” another person wrote.

“I believe I voted for my representative, therefore even if I chose not to participate I have a representative there to speak, vote, and discuss on my behalf and in my best interest!!!”

The community activist we spoke with said she’s confused as to what kind of situation would require such a resolution.

“I don’t understand why a group of seven – or less to form a quorum – can’t be brought together,” she said. “Especially with the technology we have available – to make decisions as a whole, rather than passing their voting power to only the Chairman in concert with the Superintendent.”

In the Lexington-Richland School District Five press release, Cates said the resolution would be needed if, for instance, the state issued a new guidance on grading that conflicted with the school board policy.

“This is not a broad definition where we could change or suspend or modify any policy, only policies that pertain to the executive order,” Cates said in the press release.

During the meeting, Cates assured the board members that the resolution would not impact any capital projects, according to the district press release.

“School District Five is one of the first to adopt the emergency resolution, which was provided to the district by legal counsel specializing in representing school districts across the state,” the release said.

FITSNews could not find evidence of any other South Carolina school districts adopting such a resolution.

On Tuesday night, Beaufort County School Board of Education members voted to table the resolution and asked that it would be reviewed by Attorney General Alan Wilson’s Office.

In the District Five meeting, Cates said the Halligan Mahoney & Williams law firm provided the emergency resolution and that”it was not solicited.”

“If the chair and the superintendent have authority, they do not have to follow FOIA guidelines about announcing meetings (because they wouldn’t be having a meeting),” the community activist told FITSNews. “That is totally circumventing FOIA and the governor did not authorize that.”

In the meeting, chairman Cates assured the board that the district has not suspended FOIA. However, people who have recently made FOIA requests to District Five officials received the following email from communications officer Katrina Goggins:

“A state of emergency has been declared, closing all public schools in South Carolina due to COVID-19 “coronavirus.” Per legal opinion provided to school districts across South Carolina, all SCFOIA requests submitted, previously submitted or due during closure of schools under executive order of the governor will be suspended until staff return to work sites.

The FOIA statute allows parties to mutually agree upon a reasonable extension.  Upon School District Five offices reopening, district staff will contact you to communicate a date regarding the extension and estimated date for your response.”

The South Carolina School Board Association (SCSBA) recommended that school boards not accept FOIA requests at this time, saying FOIA requests are “certainly not essential and should not be a priority.”

In the COVID-19 crisis, governments across the country are trying to navigate through the unknown territory of maintaining civic participation in the new virtual realm of public meetings.

Lexington Richland School District Five board members voted to eliminate public participation at board meetings during the COVID-19 state of emergency. It passed in a 4-3 vote.

Loveless proposed a motion that would have allowed public participation in meetings through virtual sign-up. This was shot down in a 3-4 vote.

Beaufort County School District, for instance, accepts requests for public comment sent via email in the hour before the meeting. Participants are then called during the meeting to make their comments in the public forum.

Proponents of the suspension said that they will continue to personally answer questions via emai in lieu of the public comment period.

“Any person that wants to ask a question can do that by simply sending an email,” board secretary Robert Gantt said at the meeting, according to the district news release. “They will, at some point, get a response… that’s not stopped.”

FITSNews emailed several questions to Chairman Cates, superintendent Melton, and the communications officer Goggins on Tuesday afternoon. Neither of them replied to our emails as of Thursday afternoon.

For taxpayers who are actively participating in their local government, email doesn’t take the place of public comment.

“A private email is much different than a citizen speaking in public,” the community activist told FITSNews. “With public participation, comments and questions go on the public record and everyone can hear them.”

Board member Ken Loveless said on Facebook he believes suspending public comment is “dangerous” — especially considering district offices are closed and there is no one to take phone calls.

Loveless said it’s a “shame” the board is only giving taxpayers one avenue — private email —to raise concerns about public matters.

Constituents are worried that the suspension was passed in a move to silence the voices of the public.

“I feel this is a way that the board is shutting down the public and it’s a real misuse of power by them during an unprecedented crisis,” the community activist said.