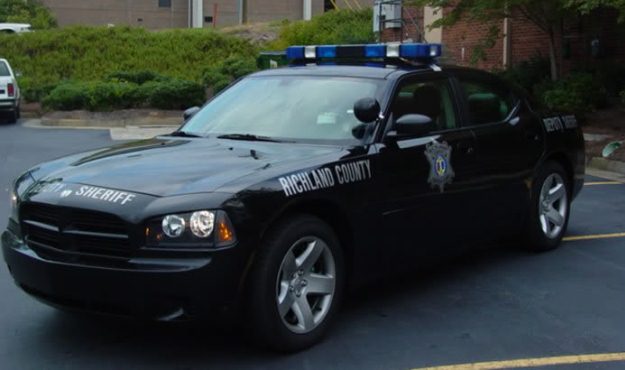 Officials from the Richland County Sheriff’s Department are asking for the community’s assistance as they try to catch the man who attempted to abduct a teenager on Feb. 26 in a Columbia, South Carolina neighborhood.

Richland County officials said Monday they are asking for surveillance video from neighbors or any tips from the community in the Feb. 26 attempted abduction in the Villages at LakeShore neighborhood. They held a press conference to get the word out after days of investigating the case.

Around 9 p.m., a 14-year-old girl was taking her dog out when a man grabbed her by the shirt, officials said in a press conference Monday. The man was “lurking” near the air conditioning unit at the side of her home when she encountered him.

The girl then screamed as loud as she could and her pit bull immediately “took action” and attacked the man, forcing him to release her. The girl’s mom heard the screams and then ran outside.

The man then left in a “dingy” colored van that appeared to be driven by another individual, Richland County Sheriff’s Department Deputy Chief Stan Smith said at the press conference.

Police are now searching for more information in the case. They said they believe the suspect was a black man dressed in black, wearing a mask and gloves.

The man left the scene in a van that only had windows in the back and the front of the vehicle. Richland County Sheriff’s Department deputies are trying to find more information on the vehicle and possibly an identification on the getaway driver.

Police will be patrolling the neighborhood, located in the area of Farrow Road and Longtown Road in Columbia, as they look for more leads.

Officials said the 14-year-old did exactly what she was supposed to do in this situation by making noise and doing everything she could to fight off her attacker.

The girl’s mother told police she thought she saw that vehicle in the neighborhood earlier that day before the attempted abduction.Smith said they don’t know if she was targeted specifically or not.

Smith said the situation was “very unusual,” especially considering the suspect was lurking at night.

“Be vigilant all the time,” Smith said to parents when asked if the public should be on high alert.

The attempted abduction occurred just weeks after 6-year-old Faye Swetlik was abducted and murdered in nearby Lexington County.