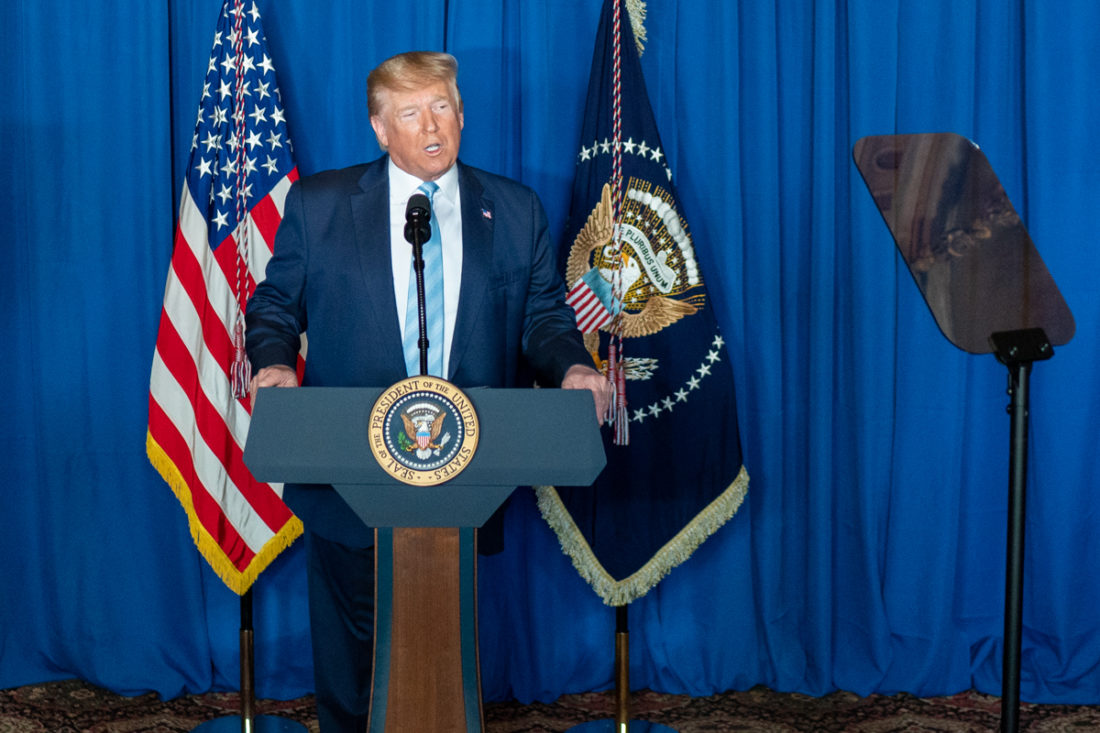 by RON PAUL || President Donald Trump and his Secretary of State Mike Pompeo told us the United States had to assassinate Maj. Gen. Qassim Soleimani last week because he was planning “imminent attacks” on US citizens. I don’t believe them.

Why not? Because Trump and the neocons – like Pompeo – have been lying about Iran for the past three years in an effort to whip up enough support for a US attack. From the phony justification to get out of the Iran nuclear deal, to blaming Yemen on Iran, to blaming Iran for an attack on Saudi oil facilities, the US Administration has fed us a steady stream of lies for three years because they are obsessed with Iran.

And before Trump’s obsession with attacking Iran, the past four US Administrations lied ceaselessly to bring about wars on Iraq, Afghanistan, Syria, Libya, Serbia, Somalia, and the list goes on.

At some point, when we’ve been lied to constantly and consistently for decades about a “threat” that we must “take out” with a military attack, there comes a time where we must assume they are lying until they provide rock solid, irrefutable proof. Thus far they have provided nothing. So I don’t believe them.

President Trump has warned that his administration has already targeted 52 sites important to Iran and Iranian culture and the US will attack them if Iran retaliates for the assassination of Gen. Soleimani. Because Iran has no capacity to attack the United States, Iran’s retaliation if it comes will likely come against US troops or US government officials stationed or visiting the Middle East. I have a very easy solution for President Trump that will save the lives of American servicemembers and other US officials: just come home. There is absolutely no reason for US troops to be stationed throughout the Middle East to face increased risk of death for nothing.

In our Ron Paul Liberty Report program last week we observed that the US attack on a senior Iranian military officer on Iraqi soil – over the objection of the Iraq government – would serve to finally unite the Iraqi factions against the United States. And so it has: on Sunday the Iraqi parliament voted to expel US troops from Iraqi soil. It may have been a non-binding resolution, but there is no mistaking the sentiment. US troops are not wanted and they are increasingly in danger. So why not listen to the Iraqi parliament?

Bring our troops home, close the US Embassy in Baghdad – a symbol of our aggression – and let the people of the Middle East solve their own problems. Maintain a strong defense to protect the United States, but end this neocon pipe-dream of ruling the world from the barrel of a gun. It does not work. It makes us poorer and more vulnerable to attack. It makes the elites of Washington rich while leaving working and middle class America with the bill. It engenders hatred and a desire for revenge among those who have fallen victim to US interventionist foreign policy. And it results in millions of innocents being killed overseas.

There is no benefit to the United States to trying to run the world. Such a foreign policy brings only bankruptcy – moral and financial. Tell Congress and the Administration that for America’s sake we demand the return of US troops from the Middle East!