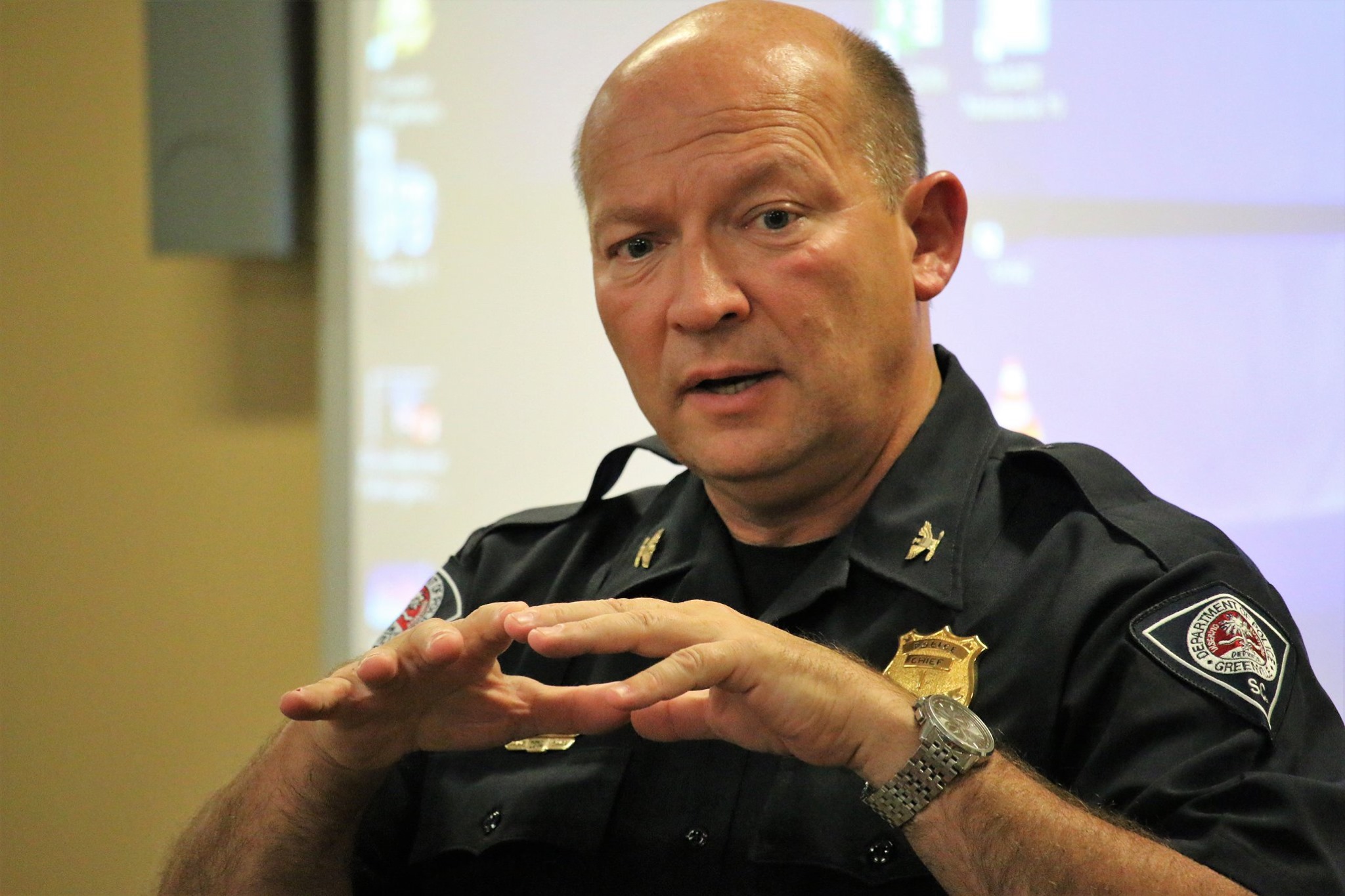 Greenville, South Carolina chief of police Ken Miller has avoided criminal charges in connection with an investigation into him, his agency and an Upstate police foundation. However a state prosecutor ripped him for mishandling the arrest of a prominent Upstate businessman – news of which was first reported by our outlet months ago – and for failing to come clean with state investigators.

In a letter obtained by this news outlet, S.C. first circuit solicitor David Pascoe indicated his office was “declin(ing) to bring criminal charges” against Miller and a subordinate in the aftermath of a recent S.C. State Law Enforcement Division (SLED) investigation.

That investigation explored preferential treatment allegedly shown by Miller’s department to a wealthy subject in connection with an alcohol-related arrest – as well as allegations involving questionable expenses made through the Greenville police foundation.

It also briefly touched upon allegations of an improper sexual relationship between Miller and a member of the board – allegations which the report concluded (consistent with our prior reporting) were false.

Does this mean Miller is exonerated? Absolutely not …

If anything, in declining to press charges against Miller the solicitor painted a vivid picture of cronyism that we believe should cause Greenville officials to immediately seek his resignation from office.

“Chief Miller has shown questionable judgment in directing police department business to members of the board of the (foundation) and in the way he handled the dismissal of the criminal charge against a significant contributor to the (foundation) and the city of Greenville,” Pascoe wrote.

According to the solicitor, Miller’s handling of the August 2018 arrest (and subsequent release) of prominent Greenville hotelier Dharmendra “DJ” Rama was “very troubling.”

The solicitor added that both Miller and Greenville police lieutenant Jason Rampey “(did) not appear to have been fully forthcoming with SLED in their investigation of this matter.”

“The evidence suggests that chief Miller wanted the charge dismissed, but he did not want it known that he personally intervened in the case,” Pascoe wrote in the letter, which was addressed to the office of S.C. thirteenth circuit solicitor Walt Wilkins.

Pascoe (above) went on to note that several of Miller’s claims to SLED agents investigating him on these allegations were contradictory. For example, he denied intervening in Rama’s case for political reasons – even though he told one of his subordinates the case was being dismissed because the wealthy hotelier had “donated money to (the foundation).”

In his interview with SLED, however, Miller claimed “it didn’t matter that (Rama) … donated to (the foundation).”

“There is evidence that chief Miller took action to obtain the dismissal of the charge because the businessman was a contributor to the (foundation),” Pascoe wrote.

Rampey also told SLED that the arresting officer in the Rama case did not have a problem with the charge against the hotelier being dismissed, even though the officer “called Rampey on two occasions to express his displeasure over the fact that the charge was being dismissed.”

“There is evidence that both chief Miller and (lieutenant) Rampey may have misinformed SLED during their interviews,” Pascoe wrote. “At the very least, their statements are contradicted by other officers interviewed by SLED. Although making misrepresentations to SLED during the course of an internal investigation is not a crime per se, such conduct may be considered as consciousness of guilt. In addition such conduct inevitably causes investigations to take more time, and increases the costs associated with the investigation, all of which occurred in this case.”

Wait a minute … it is illegal for citizens to lie to the police but police officers can lie to state investigators?

This news outlet has no shortage of thoughts on this case, which we look forward to sharing in future posts. For now, we will simply refer our readers to Pascoe’s letter …