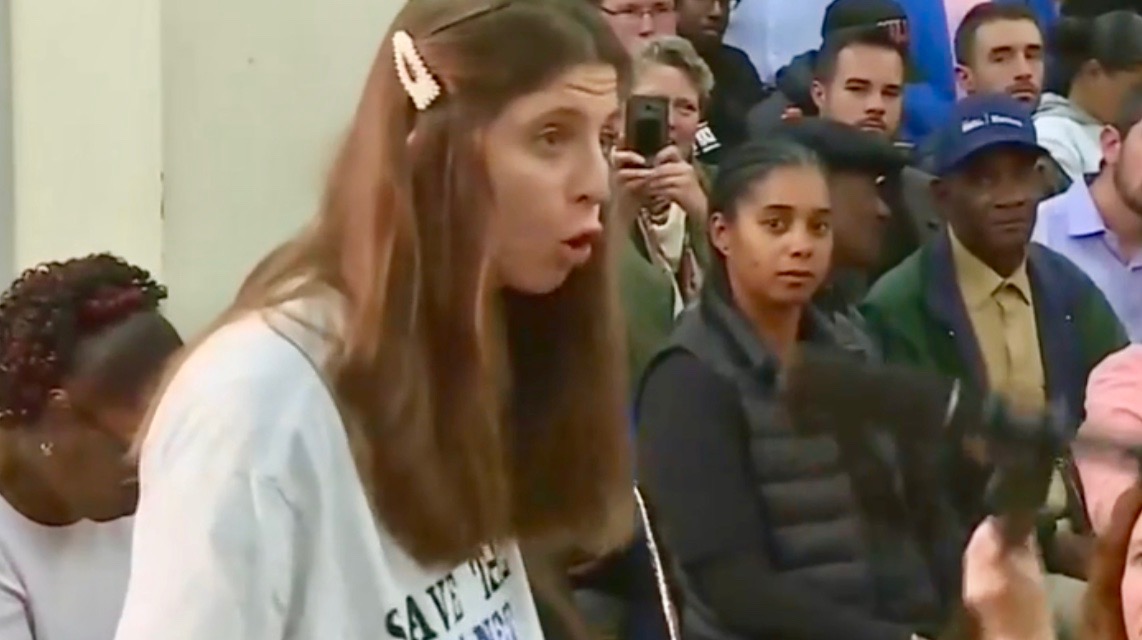 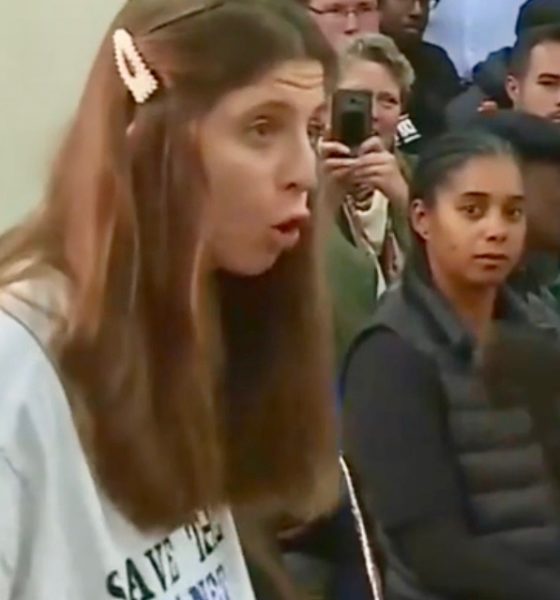 ‘Eat The Babies’ Woman Was A Plant

A woman who showed up at a town hall held by radical leftist Alexandria Ocasio-Cortez earlier this week and urged Americans to “eat the babies” in an effort to combat climate change was – not surprisingly – a plant.

“We only have a few months left,” the woman said at Ocasio-Cortez’s town hall. “I love that you support the Green Deal but … getting rid of fossil fuel it’s not going to solve the problem fast enough.”

Her solution for the freshman congresswoman?

“I think your next campaign slogan has to be this – we got to start eating babies,” the woman said. “We don’t have enough time. There’s too much (carbon dioxide).”

As she spoke, the woman removed her jacket to display a T-shirt that read “Save the Planet, Eat the Children.”

Ocasio-Cortez was blasted by “conservatives” for not admonishing the woman on the spot.

“If someone said to you, ‘we need to eat the babies’ wouldn’t your first response be, ‘what? No! Of course not!’” Carlson said on his Fox News program, invoking every ounce of smirking indignation he could muster. “That’s the one thing [AOC] didn’t say … pretty revealing.”

Cortez took to Twitter to defend herself, saying the woman appeared to be “in crisis” and that she and her staff wanted to “ensure we treat(ed) the situation compassionately.”

“This person may have been suffering from a mental condition and it’s not okay that the right-wing is mocking her,” she tweeted.

The woman was not in crisis, though … she was a plant.

“It was us,” a tweet from the Laroche PAC acknowledged. “Malthusianism isn’t new, Jonathan Swift knew that. Sometimes, only satire works.”

For those of you unaccustomed to learned trolling, Malthusianism is the theory that population growth will always outstrip the ability of the earth to support it. Espoused in the late eighteenth century by British cleric Thomas Robert Malthus, there was no solution to this “Malthusian trap” – only a debate over how to manage (and interpret it).

According to Malthus, the principle was imposed upon humankind by God in the hopes of teaching it virtue.

So much for that idea, right?

The next reference was to Jonathan Swift – a famed Anglo-Irish political satirist best-known as the author of Gulliver’s Travels. In 1729, Swift penned an anonymous satirical essay entitled A Modest Proposal suggesting poor Irish families could improve their lots in life by selling their children to the wealthy … as food.

“A young healthy child well nursed, is, at a year old, a most delicious nourishing and wholesome food, whether stewed, roasted, baked, or boiled,” Swift wrote in his essay, which was intended to expose the heartlessness of British policy toward the Irish.

Our views on all of this? First, bravo to learned trolls. It is about time someone tricked the American electorate into stopping for half a second to think. And (assuming they got it) laugh.

Second, jeers for Carlson for further ensconcing himself as a servile panderer of the first order … and for once again making yet another weighty contribution to the decline of American discourse. It isn’t that Carlson “fell” for the prank … it’s that he clearly knew it was a prank and leveraged it to stoke self-serving outrage (and ratings) nonetheless.