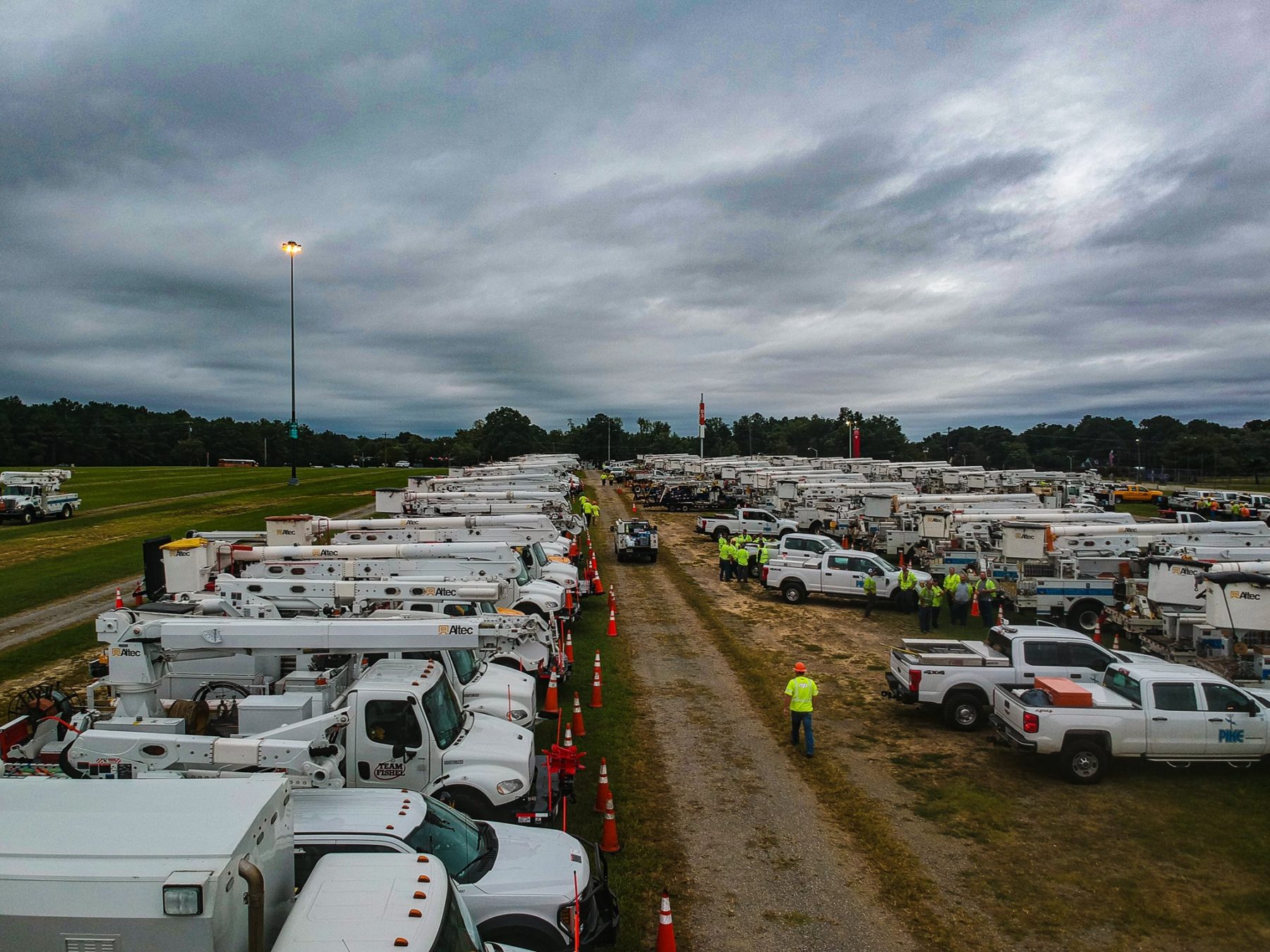 Crews with Virginia-based Dominion Energy were working on Friday to restore power to South Carolina customers in the aftermath of Hurricane Dorian’s jaunt up the Palmetto State’s coastline on Thursday.

According to a news release from the utility, nearly 248,000 of its customers lost power during the storm – “with the hardest hit areas including Charleston, Dorchester and Beaufort counties.”

Dominion’s president of electric operations in South Carolina, Keller Kissam, said that crews had restored power to “approximately 64 percent of those impacted” as of 9:00 a.m. EDT on Friday. That would leave roughly 90,000 Dominion customers still without power, Kissam said.

“We’re working around the clock and making a lot of progress getting our customers’ power back on, but we still have some without electricity, particularly in the high-impact coastal areas,” Kissam added.

Dominion released a timetable for its restoration efforts on Friday, indicating it hoped to have at least 95 percent of customers back online by the following specified times …

The company indicated in its release that some “high-impact coastal zones” in Charleston and Colleton counties would be excluded from these calculations, although it did not indicate how many customers were located in these zones.

Stay tuned … hopefully all of the customers impacted by this storm will have their power restored soon.