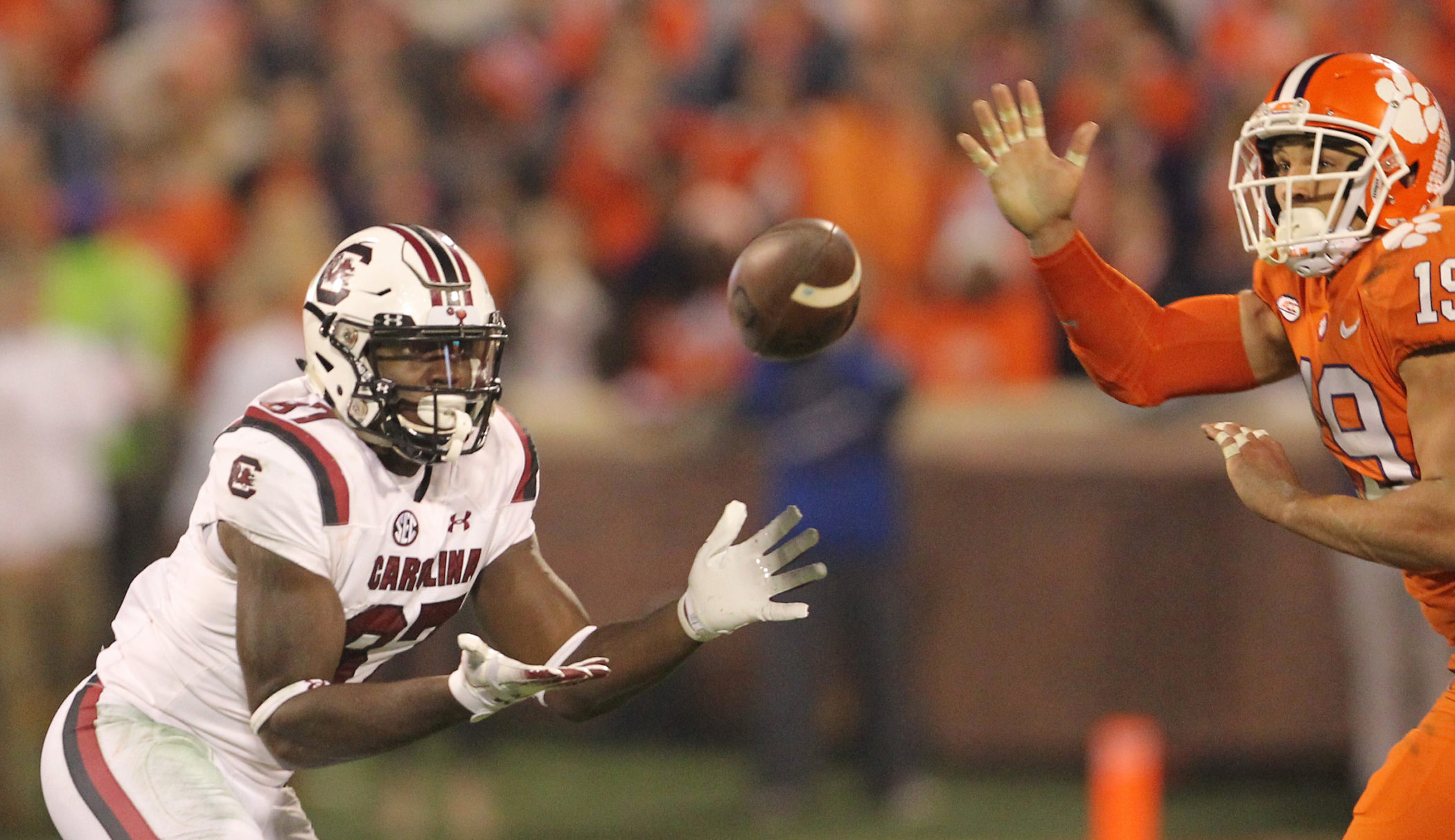 The University of South Carolina football team lost one of its top returning players to a career-ending injury this week – at a position where it was already struggling to maintain depth.

Senior tight end Kiel Pollard will retire from football, the school announced on Friday – depriving quarterback Jake Bentley of what was expected to be one of his top targets this fall.

“Kiel suffered a small fracture in his neck last week, which was to have sidelined him for four to six weeks,” head coach Will Muschamp said in a statement. “However, during an MRI, the doctors discovered a cyst on his spinal cord, which appears to have been there since he was a child. The severity of the situation and the possible long-term consequences from that medical condition forced him to give up his playing career.”

Muschamp said his heart went out to Pollard and his family, describing him as “a great representative of our program and our university.”

Pollard (above), a 6-foot-1, 235-pound native of Moultrie, Georgia, caught 17 passes for 203 yards during his three-year South Carolina career – but was projected to play a much larger role in the Gamecock offense this fall.

During practice earlier this month, though, he injured his neck – and was projected to miss the first four games of the season.

“Last week I did something that every football player knows not to do, I ducked my head while blocking,” Pollard wrote on Instagram. “As I waited on the exam table I thought everything was straight. To my surprise, after the MRI was completed and what felt like the longest two hours of my life, I was informed that I would be out for 4-6 weeks with a broken neck.”

Pollard added he was “fine with that,” but then the news went from bad to worse.

“I found out that last Tuesday would be my last time playing football,” he wrote, referring to the cyst. “Not that I’m not able, but that it’s not safe for me to do so.”

Pollard encouraged Gamecock fans not to “feel sorry for me because football has been good to me.”

“Football has provided me with a great education,” he added.