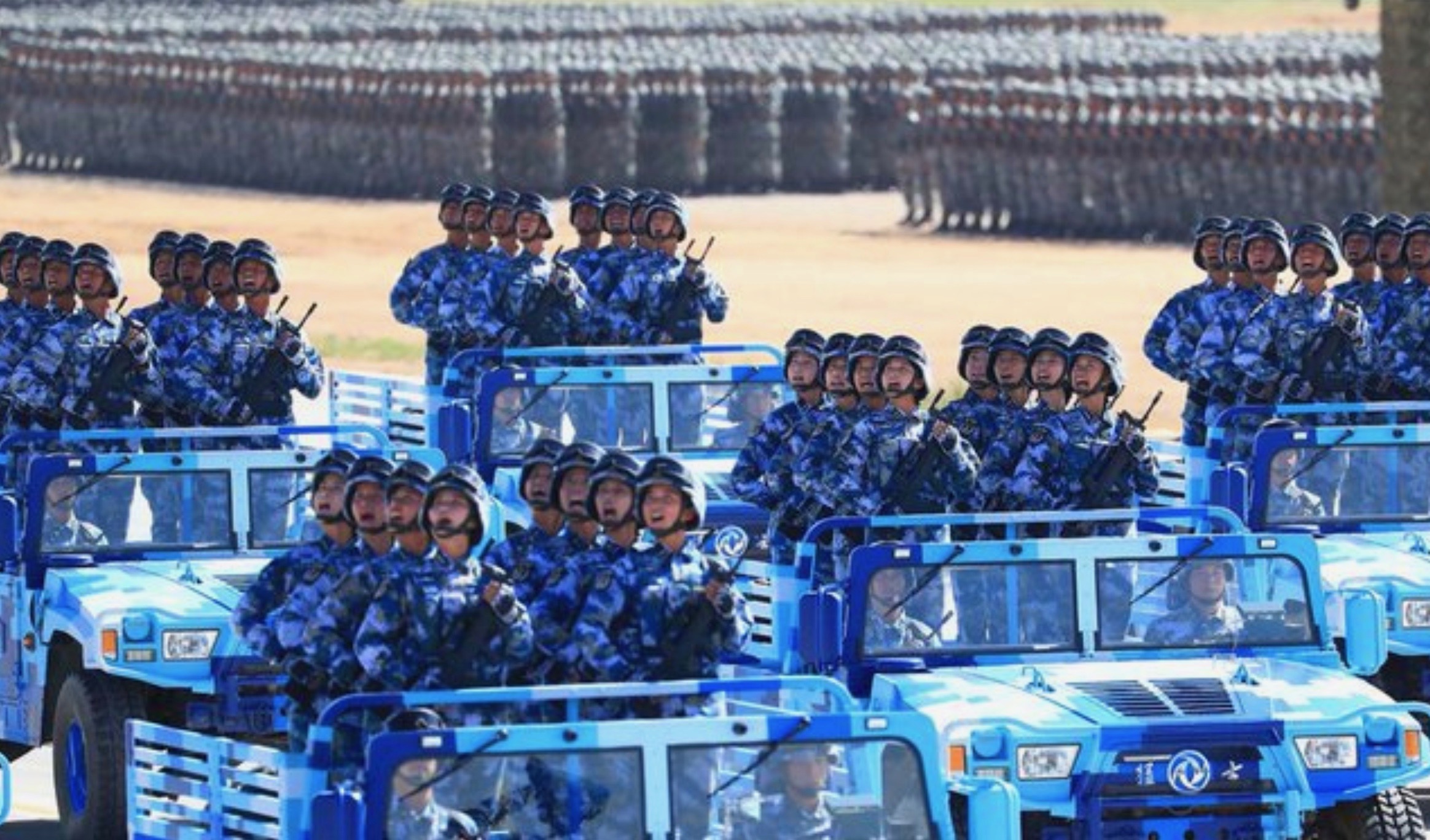 As unrest in Hong Kong escalates, the government of the People’s Republic of China (PRC) is sending a clear message to protesters in the densely populated district.

Its message? Dissent at your own risk …

A menacing video displaying the urban warfare and riot control capabilities of the 2.3 million member People’s Liberation Army (PLA) hit the interwebs this week just as the PLA’s Hong Kong garrison commander affirmed that his troops were “determined to protect (the) national sovereignty, security, stability and the prosperity of Hong Kong.”

Chen Daoxiang made these comments at a reception in the city celebrating the 92nd anniversary of the PLA.

“Recently, there have been a series of extremely violent incidents happening in Hong Kong,” Daoxiang continued, according to the South China Morning Post, “This has damaged the prosperity and stability of the city, and challenged the rule of law and social order.”

The video was far more blunt, depicting urban assault teams fast-roping into city centers, entering buildings and opening fire as a PLA soldier spoke over a megaphone in Cantonese.

“All consequences are at your own risk,” the soldier said in the clip.

The Hong Kong unrest is driven by a proposed bill that would permit extradition to the Chinese mainland from the former British colony – which has been a “special administrative region” of China since 1997. It comes as China is embroiled in a months-long trade war with the United States.

Tung Chee-hwa, the first chief executive of Hong Kong, blamed the United States and Taiwan for orchestrating the unrest.

“Foreign politicians and anti-China forces with ulterior motives (are trying) to incite the fear of the people of Hong Kong and undermine the relationship between the mainland and Hong Kong,” he said.

“I think that President Xi of China has acted responsibly, very responsibly,” Trump told reporters last week, according to Reuters.

UPDATE: Trump adopted the Chinese description of the protests late Thursday, referring to them as “riots” in a conversation with reporters outside of the White House.