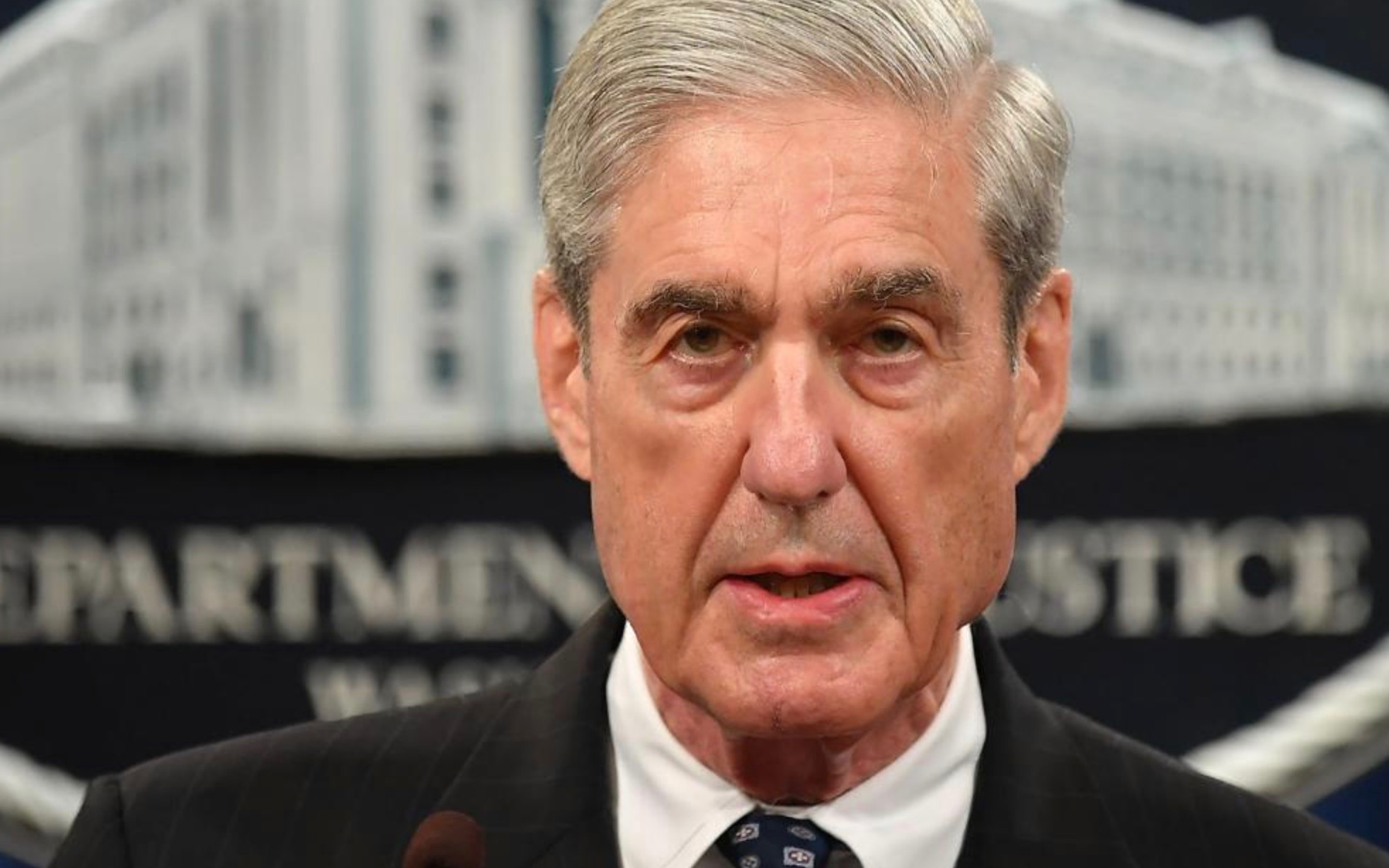 by ROBERT ROMANO || With a wink and a nod, former U.S. special counsel Robert Mueller dove into partisan politics to try and kickstart the Democratic House’s impeachment proceedings.

In a spoken statement in which he announced his resignation as special counsel on May 29, Mueller reminded House Democrats, “as set forth in our report, after that investigation, if we had confidence that the President clearly did not commit a crime, we would have said that.”

Mueller added, “we did not, however, make a determination as to whether the President did commit a crime. The introduction to volume two of our report explains that decision.” It was against Department of Justice regulation, Mueller said, “under long-standing Department policy, a President cannot be charged with a federal crime while he is in office. That is unconstitutional.”

And, the kicker, Mueller noted his report, which will be his final word on the matter, “says that the Constitution requires a process other than the criminal justice system to formally accuse a sitting President of wrongdoing.”

Get it? Mueller is saying he’s not going to come out and say the President committed a crime, but he’s not going to say he didn’t commit a crime, either. So much for the presumption of innocence. Either way, he put the ball firmly in Congress’ court.

Harvard Law School professor emeritus Alan Dershowitz blasted Mueller’s press statement in an oped for the Hill, writing, “(b)y putting his thumb, indeed his elbow, on the scale of justice in favor of impeachment based on obstruction of justice, Mueller has revealed his partisan bias. He also has distorted the critical role of a prosecutor in our justice system.”

Dershowitz is right. Mueller’s job was to ascertain if a chargeable offense had been committed, and if so, to either bring an indictment or to bring a recommendation to the attorney general.

In announcing the principal conclusions in the Mueller report, and in reviewing the report, on March 24 Barr said he and Rosenstein had found “no actions that, in our judgment, constitute obstructive conduct, had a nexus to a pending or contemplated proceeding, and were done with corrupt intent, each of which, under the Department’s principles of federal prosecution guiding charging decisions, would need to be proven beyond a reasonable doubt to establish an obstruction-of justice offense…”

Barr added, “Our determination was made without regard to, and is not based on, the constitutional considerations that surround the indictment and criminal prosecution of a sitting president.”

Moreover, in testimony before Congress, Barr noted that many of the items of supposed obstruction were things that the President constitutionally had the power to do, such as firing FBI director James Comey or contemplating removing special counsel Mueller.

Either way, now Mueller is all but encouraging congress to act on impeachment using his report as a roadmap. But at the same time, it is a half-hearted move. Mueller said he will not be testifying to congress or saying anything beyond his written report.

Why is he so reluctant to testify? Maybe he’s worried about questions from the other side. When did he know there was no conspiracy with Russia? Why didn’t he shut down the investigation then?

Mueller’s statement does not add any new information that was not already stated in the report. It was meant as one more dramatic rollout of his findings, essentially for political consumption, with the potential effect of boosting public support for impeachment – a necessary ingredient if the House is to proceed.

In the meantime, the American people are ready to move on. In the latest Morning Consult-Politico poll, only 40 percent of voters support impeachment as a priority, and almost all of them are Democrats. 71 percent of Democrats called it a top priority or an important priority, but only 31 percent of Independents and 12 percent of Republicans agreed.

In the meantime, 50 percent of voters, including 82 percent of Republicans and 55 percent of Independents said it was not a priority or shouldn’t happen.

Which is no wonder. The whole reason for the Mueller investigation, its stated reason for being was to determine if President Donald Trump and his campaign in 2016 had conspired with Russia to steal the election. Instead the Mueller report said, “[T]he investigation did not establish that members of the Trump Campaign conspired or coordinated with the Russian government in its election interference activities,” and “the evidence does not establish that the President was involved in an underlying crime related to Russian election interference.”

In short, this whole investigation was into a crime that was never even committed. And the tangential supposed obstruction was in fact the President reacting to that fact.

The American people have had enough of this. They want President Trump to serve out his term. In 2020, they will determine if they want four more years. Moreover, the public lack of support for impeachment is bad for Democrats. Everything they do on this matter from here forward is nothing more or less than a continuation of their never-ending attempt to undo the 2016 election results.

They have an uphill battle, and in the meantime, the case still has not been made. And after Mueller’s two-year exhaustive probe, it won’t be. It is sad and pathetically appropriate that the Democrats who reject America First as a political slogan, should also use their power to undermine and delegitimize the duly elected President of the United States in this manner. Sad, indeed.