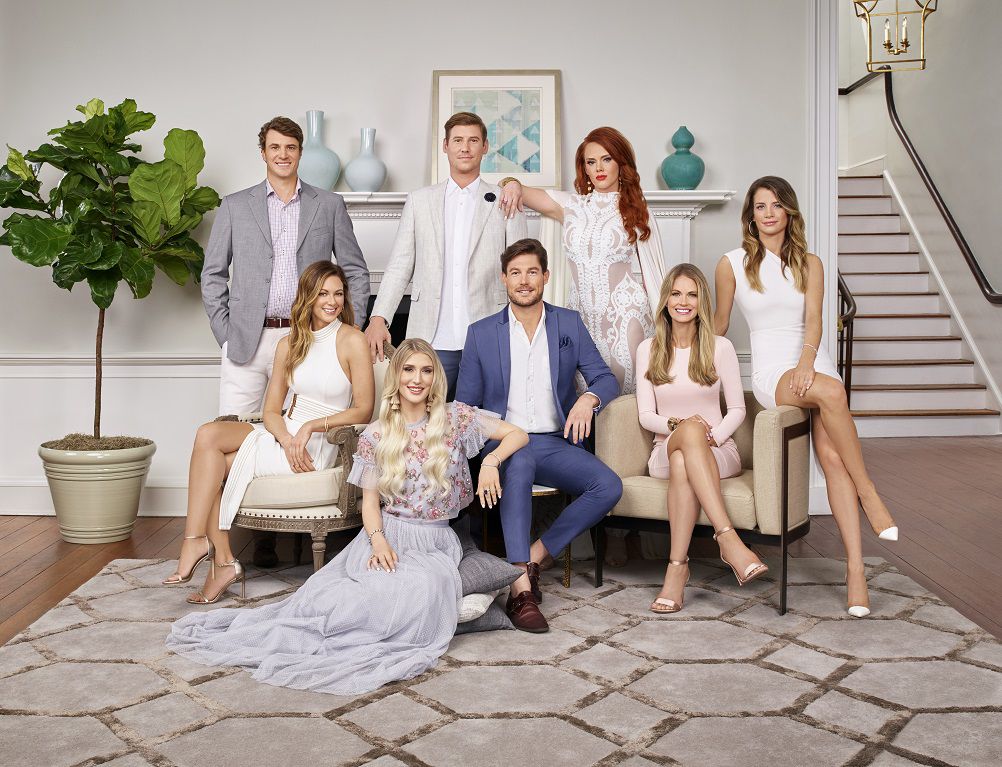 by AMY FEINSTEIN || Yes, it’s that time of year again, and if you thought the world had turned upside down last year on Bravo TV’s Southern Charm then buckle up, because while disgraced former politician Thomas Ravenel is off of the show, he is the specter haunting the cast this year from nearby Daniel or Edisto Islands.

Back for a sixth season are the regulars: Kathryn Calhoun Dennis, Cameran Eubanks, Chelsea Meissner, Naomie Olindo, Craig Conover, Austen Kroll, Shep Rose, and of course the guiding hand of Patricia Altschul. Executive producer, Whitney Sudler-Smith will of course be stopping by, in between European junkets with the fancy folks, and friends of the cast, including the (thank goodness) level-headed Danni Baird, gorgeous newbie Madison LeCroy, and Naomie’s boyfriend, Dr. Metul Shah.

Joining the crew reportedly as a new cast member is Eliza Limehouse, who has been seen before as a polo sidekick to Ravenel, and at various parties, where she spoke of Kathryn Dennis as if she were gum on her shoe. But tables have turned, and times have changed. Bravo doesn’t have access to Brookland Plantation any longer (and it’s probably best to steer clear of that locale) so the party has moved to the Limehouse abode for all things with the polo toffs.

Thomas Ravenel’s partner-in-crime and sometimes girlfriend Ashley Jacobs seems to have fled town when the going got rough and the charges mounted for her boo, but she stuck around long enough to take a swipe at another fifteen minutes. Word is she’s popping back in this week for the premiere (why??), but that’s information for certain burly bodyguards to tuck in their pocket (we hear she’ll be staying at casa Madison with her friends, Liz & JD, sounds cozy).

Jacobs, or Plan B as she is fondly known, will be sneaking into parties around town – but the reception won’t be warm, as she is still the least self-aware person ever to wander onto a reality television set, and that’s saying something.

While it’s a bit painful to watch someone get the door slammed on them again and again, some folks just have it coming.

But Wednesday night we will see the gang back together at 9:00 p.m. EDT, and later that same night, Kathryn and Patricia will appear as guests of Andy Cohen on Watch What Happens Live at 11:00 p.m. EDT, also on Bravo. The two ladies are now friends and confidantes with quick wits and the occasional sharp tongue (around here, we like it like that!).

At this point, we’ve been told that Ravenel will only be seen this season in mugshots and news clippings referencing the sexual assault allegations leveled against him by the former family nanny (and now, by the state of South Carolina). He will be mentioned in reference to the criminal case, the civil case (filed by the same nanny) and the ongoing child custody case with Dennis.

What happened to the days of only being in print for birth, marriage, and death?

There will be no lack of drama, crazy, angst, and of course, alcohol this season … so pour your favorite beverage and relax!