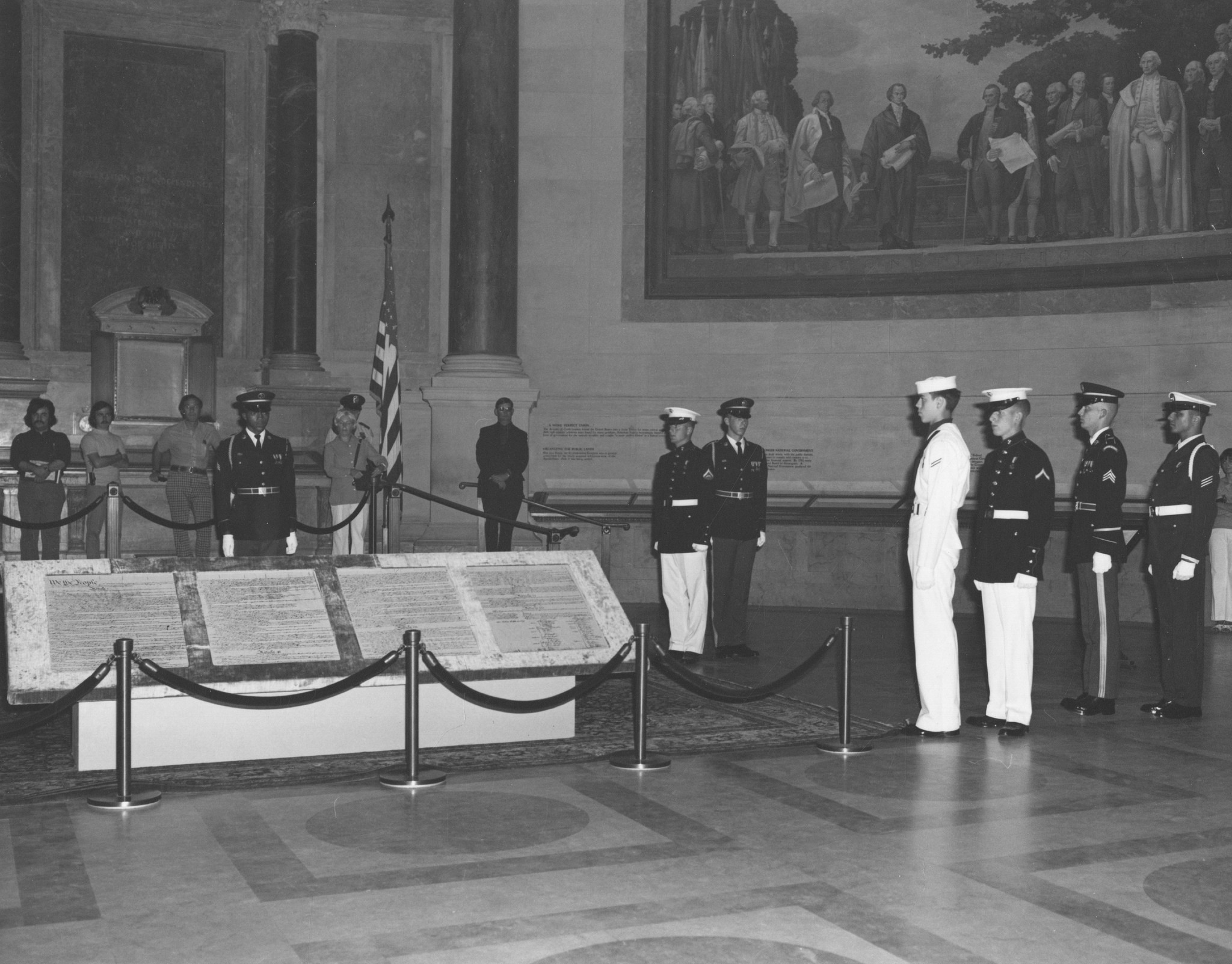 Yesterday was Constitution Day.  Did you miss it?  Probably so.  No schools were closed.  No federal offices were shut down.  And there was no mainstream media indoctrination reinforcing our nation’s foundational virtues of individual liberty and limited government.

Not unlike the document it celebrates, Constitution Day barely registered as a blip on our national radar …

Nonetheless, 231 years ago a group of thirty-nine American leaders affixed their names to a document that formally launched the American experiment, “a Republic if you can keep it,” in the words of founding father Benjamin Franklin.

Can we keep it?

The Constitution was established to promote life, liberty and prosperity.  And for awhile, it did its job.  Not anymore, though.

As of this writing, America is $21.4 trillion in debt, engulfed in ideological tribalism at home and dangerously overextended in its commitments around the globe.  Our lifeboat is full, yet our borders remain wide open.  Our government perpetually expands, yet our economy continues limping along.  Our “leaders?”  The vast majority of them are irredeemably corrupt – loyal only to their partisan affiliations, corporate paymasters and their own selfish interests.

They are interested only in the accumulation of power, not the effecting of progress … a sad reality that goes double for the politicians who brand themselves as “progressives.”

It is not surprising, then, that we have become a nation in which the inalienable rights enumerated in our founding document have been forgotten – sacrificed on the altar of so-called “national security.”  Oh, and assuming you are naive enough to believe all this security – mass surveillance and data storage – is really intended to prevent another 9/11, well, you know what they say about those who trade their liberty for security.

While ignored en masse, Constitution Day did merit a mention from a handful of “electeds” in our country.

“So proud to live in a nation founded by visionaries who believed in self-governance, limited government and the majority of the governing power left to the states and the people,” congressman Jeff Duncan of South Carolina wrote on his Facebook page.  “The Constitution of the United States was world changing!  A free people, who threw off the shackles of an oppressive, authoritarian monarchy – rose like the Phoenix from the ashes of a revolution to create a government structure that has lasted longer than any other!’

Obviously, the document that founded our government was not perfect.

“When you assemble a number of men to have the advantage of their joint wisdom, you inevitably assemble with those men, all their prejudices, their passions, their errors of opinion, their local interests, and their selfish views,” Franklin said during his final address to the convention delegates.

Slaves in the American South were defined as “three-fifths” human for the purpose of apportioning congressional representation in the original Constitution.  It would be years before slavery was abolished, or equal protection established or women afforded the right to vote.  These were critical advances in liberty, reforms entirely consistent with the spirit of our nation’s bedrock principles.

Unfortunately, we no longer view these advances, the individuals they served – or ourselves – as “American” anymore.   Again, it is all about the tribes to which we belong, not our national identity.

We can do better, people.  And if we intend to keep the Republic to which we have all been staked … we have to do better.

Got something you’d like to say in response to one of our stories? Please feel free to submit your own guest column or letter to the editor via-email HERE. Got a tip for us? CLICK HERE. Got a technical question or a glitch to report? CLICK HERE. Want to support what we’re doing? SUBSCRIBE HERE.
Banner: National Archives