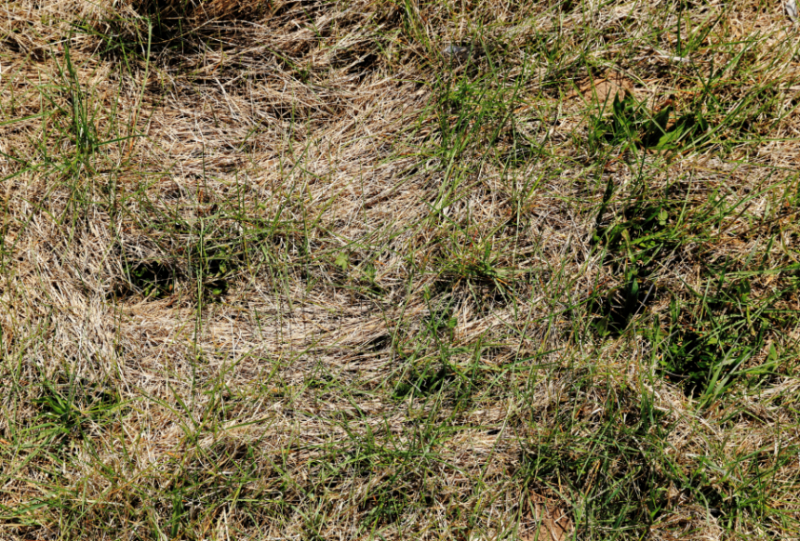 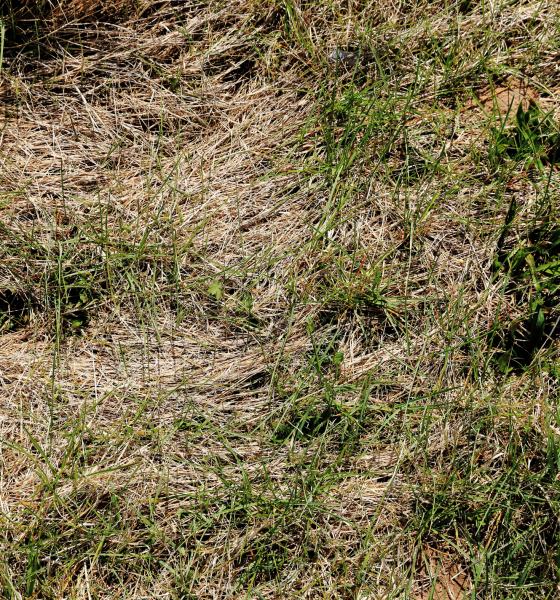 A ton of tropical moisture is headed to the Carolinas … and not in a nice way, either.

Hurricane Florence is poised to bring plenty of much-needed precipitation to North and South Carolina later this week.  The only problem?  She is also bringing potentially deadly wind, storm surge and flooding to the east coast.  That’s not an ideal way to break a drought, but the wet weather could wind up being good news for portions of central North and South Carolina – assuming they can survive the storm’s fury.

In South Carolina, portions of Chester, Chesterfield, Fairfield, Kershaw Lancaster and York counties were rated “D1” as of September 4 – with Lancaster getting the worst of the dry spell. 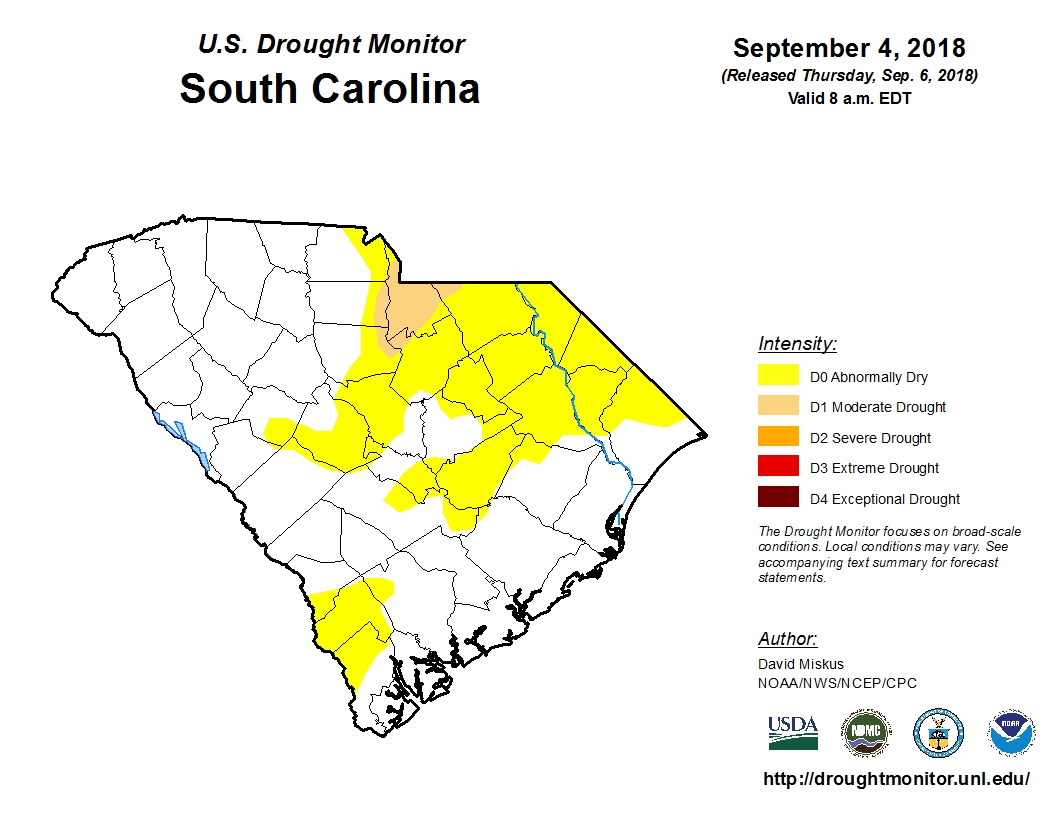 In North Carolina, parts of Union and Anson counties both registered a “D1” designation, with broad swaths of Union County falling under the “moderate drought” classification. 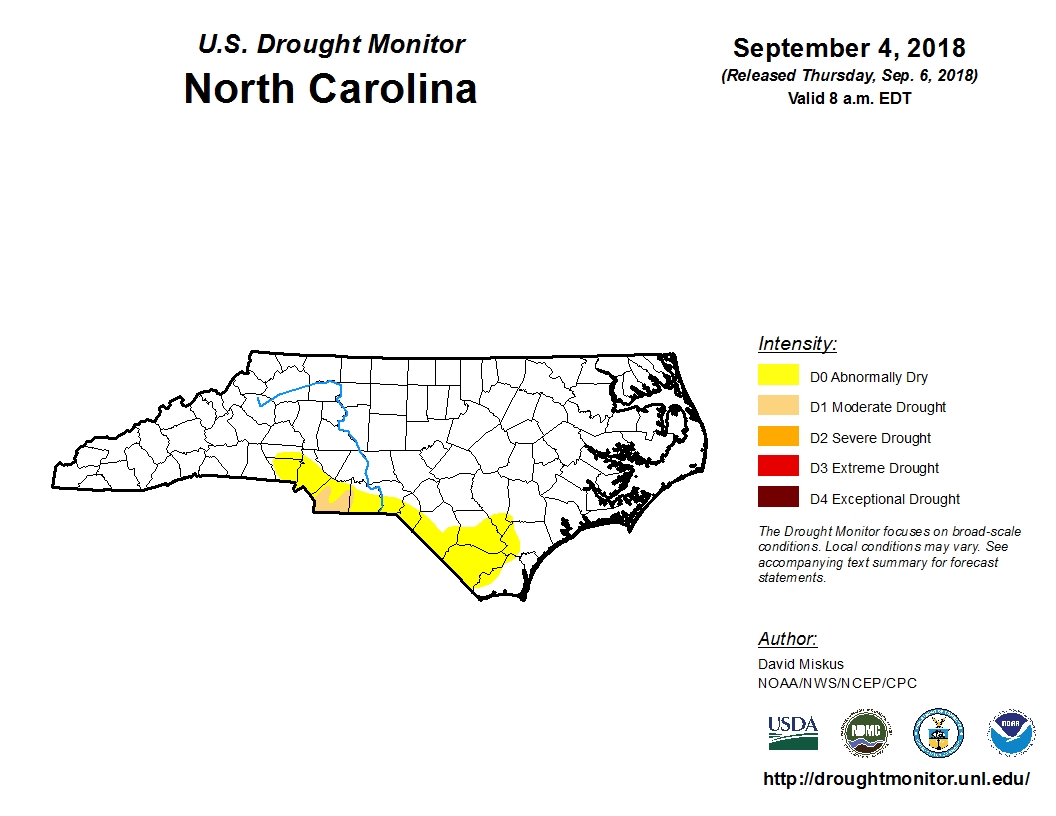 North Carolina’s Drought Management Advisory Council urged “the implementation of drought response actions, for all water users located in or dependent on water resources from the areas of the state” affected by the “D1” designation.

For South Carolina, the return of drought conditions comes just months after members of the S.C. Drought Response Committee declared the Palmetto State “drought-free” for the first time since July 2016.

While things are drier than normal, this year’s drought conditions are nowhere near as serious as the spell of dry weather that hit the southeast from 2006-2008 – just before the onset of the Great Recession.  That drought did an estimated $1.3 billion in damage, with some parts of the southeast experiencing the driest conditions ever recorded.

North Carolina saw its driest calendar year on record as a result of the 2006-2008 drought.  The Tar Heel State generally gets around 52 inches of rain annually, but that total slipped to just over 36 inches in 2007.

According to rainfall records (kept since 1895), South Carolina averages around 48 inches of precipitation per year.

“Generally, the highest annual rainfall occurs in the northwestern portion of the state with winter and early spring months being the wettest and late summer and fall months being the driest,” according to a drought resource website maintained by the S.C. Department of Natural Resources (SCDNR).

According to the site, every decade since 1900 has seen “three or more years of below normal rainfall.”  The driest year on record was 1954, with a statewide average annual rainfall of just 32.06 inches.

Related Topics:#HurricaneFlorenceDroughtFeaturedHurricane Florence
Up Next