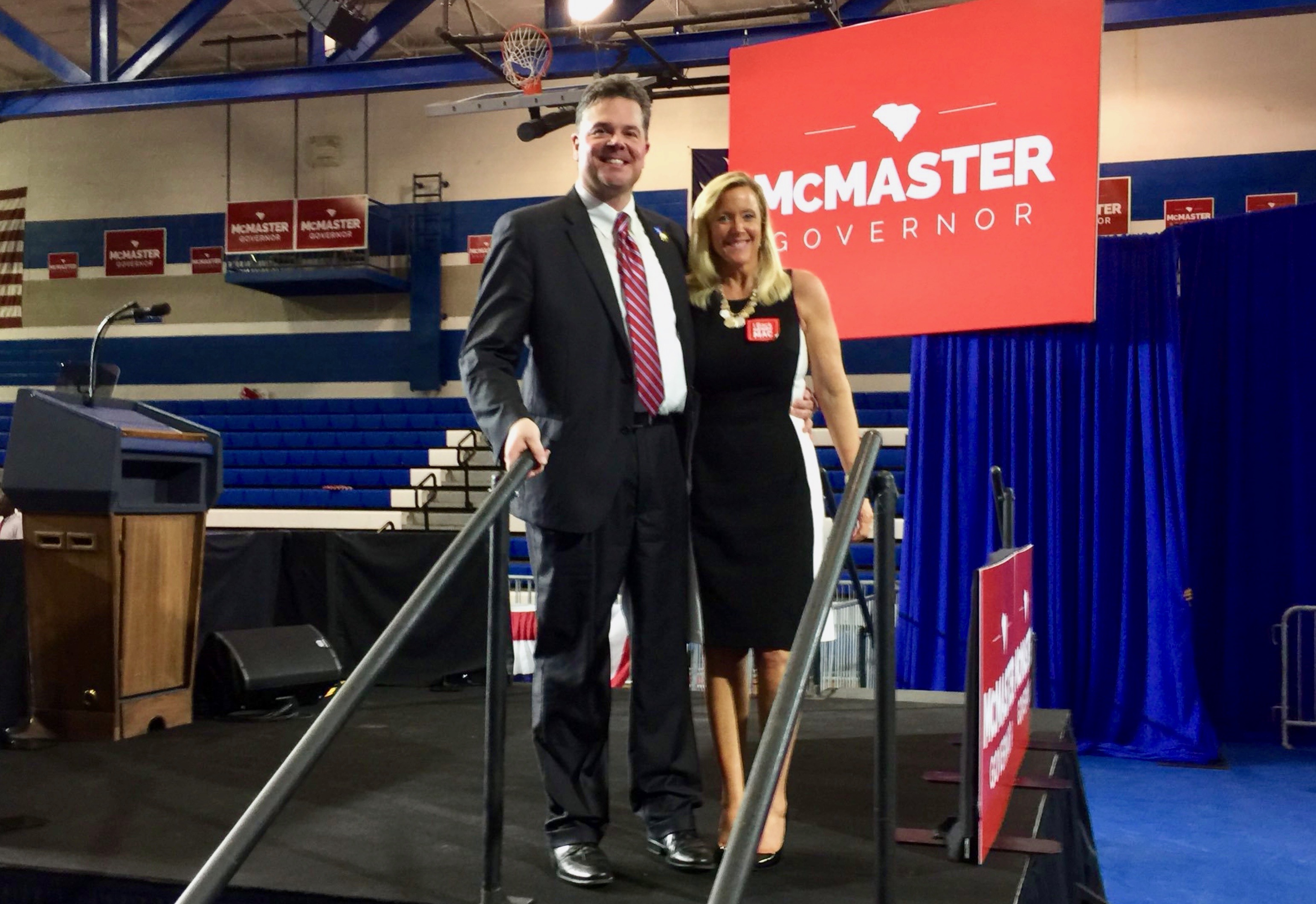 Trey Walker – the top staffer to South Carolina governor Henry McMaster – has initiated yet another war with a Palmetto State media outlet.  This time, Walker mixed things up with Andy Shain – the Columbia, S.C. bureau chief of The (Charleston, S.C.) Post and Courier.

Over the weekend, Shain took his daughter and one of her friends to the Soda City Comic Con event in downtown Columbia.  While there, they ran into Democratic gubernatorial nominee James Smith and his running mate, centrist state representative Mandy Powers Norrell – both of whom also brought their children to the event.

That’s when Shain (perish the thought) took a picture of his daughter and her friend along with Smith and Norrell – which he then tweeted to his followers (albeit temporarily).

Shain later removed the tweet after he was challenged by Walker, who used it as an opportunity to score some political points against Smith and Norrell. 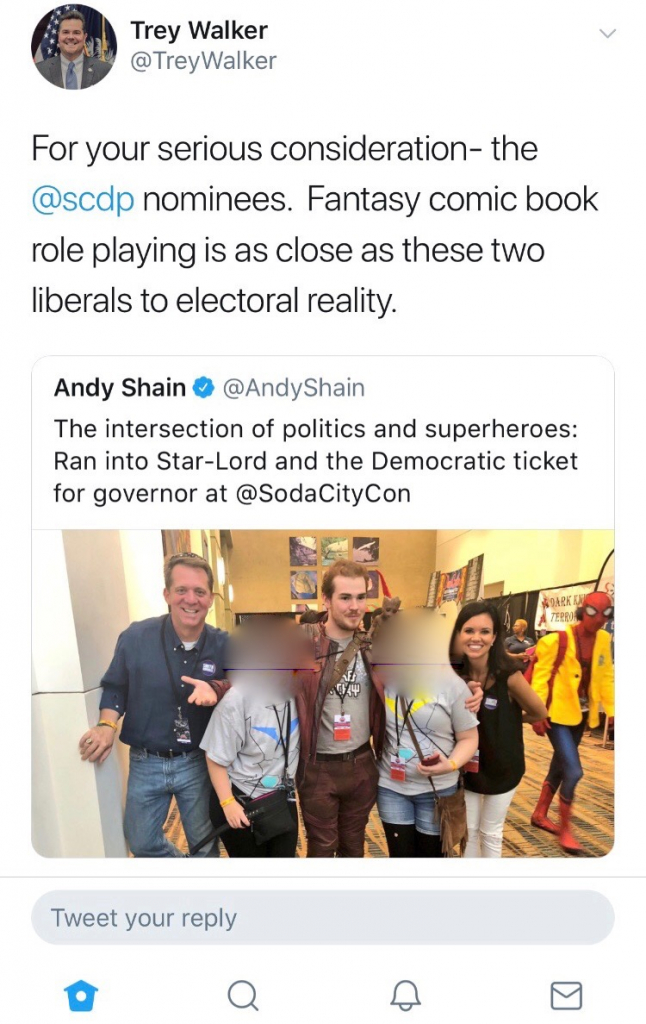 Shain and Walker proceeded to engage in a heated exchange over the image … at which point the veteran journalist decided to remove the photo from his twitter feed.

“I deleted a photo I took at the Soda City Comic Con that featured the SC Democratic ticket for governor and a cosplay actor because two teenagers also were in the shot,” Shain tweeted by way of explanation.  “I did not want the teens to get caught in any political fodder.”

This isn’t the first time Walker has picked a fight with the press – including the McMaster administration’s ongoing “news blackout” of this media outlet.

Ironically, Walker was upset at us for our reporting on a pool party he arranged at the governor’s mansion last spring for his daughter’s junior varsity high school cheerleading team.  We questioned whether this gathering was indicative of “preferential treatment” – or whether the governor’s chief of staff planned on opening the mansion pool “to every junior varsity cheerleading team in the state?”

Walker was livid at us for referencing his daughter in connection with this questionable use of taxpayer resources – but clearly he has no problem dragging other people’s children into the spotlight for what they do on their own time.

Talk about a double-standard …

A former top lieutenant in the empire of embattled “Republican” political consultant Richard Quinn, Walker was summoned to appear before a statewide grand jury a year ago in connection with the ongoing #ProbeGate investigation into corruption in state government.

While the status of that investigation remains up in the air, the status of Walker as one of the Palmetto State’s most insufferable political operatives is secure.

Known around the S.C. State House as “Trey Boy,” Walker got his start manning rides at Carowinds, the amusement park located on the North Carolina-South Carolina border near Charlotte.

In addition to working in multiple different offices for McMaster over the years, he briefly worked in former governor Nikki Haley’s office back in 2011.  After than he was a lobbyist for the University of South Carolina – a stint which included a mini-scandal over state lawmakers receiving preferential deals on college football tickets.

“No one in (S.C.) politics is more disappointed than me,” Walker tweeted of McMaster’s endorsement.

Despite a narrower-than-expected primary victory over Upstate businessman John Warren, McMaster is expected to cruise to victory in the November general election against Smith.  It’s not that he is a compelling candidate, it’s that Democrats haven’t won a statewide race in a dozen years – and haven’t won an election for governor in two decades.