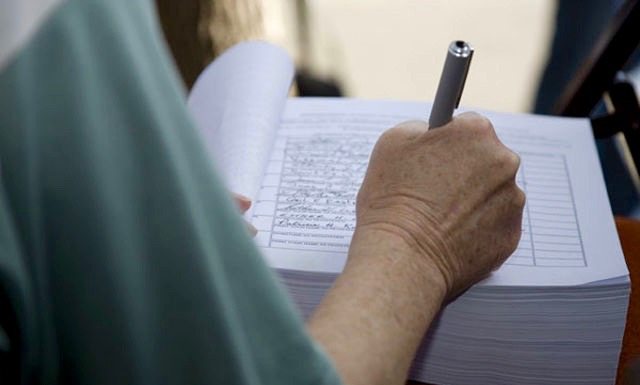 Pro-free market S.C. Senator Tom Davis has been instrumental in shutting down unnecessary gas tax hikes in the Palmetto State over the last two years.

Leaders in the South Carolina Senate are going out of their way to shut Davis down … hoping their efforts will grease the skids for a 125 percent increase in the state’s fuel tax.

Is this tax hike necessary?  Hell no.  As we’ve repeatedly documented, there is more than enough money to provide for the Palmetto State’s infrastructure needs … our leaders simply refuse to do so.

So we don’t need more money to “fix our roads?”  Nope.  Money isn’t the problem.  The glad-handing politicians, bureaucrats and “media elites” supporting this tax hike are liars, cheaters and thieves … that’s the problem.

And that’s us being polite …

Seriously, though … funding for the scandal-scarred S.C. Department of Transportation (SCDOT) has more than doubled over the last seven years.  And that’s before we count the recent rash of unconstitutional borrowing.

State government has been blowing money hand over fist for years … with absolutely nothing to show for it but waste and incompetence.

Meanwhile dirt poor South Carolina motorists pay a higher percentage of their incomes on fuel than residents of any other state save Mississippi and West Virginia.

Despite all this, “Republican” and Democratic leaders want to ram through a massive tax hike with no offsetting relief, no insistence on project prioritization and no structural reform.

Faced with the prospect of losing his ability to block a gas tax hike in the State Senate, Davis is doing his best to rally public opposition to the proposed levy.

“For more than two years the tax-and-spend lobby has attempted to ram through a massive gas-tax hike on hard-working South Carolinians,” Davis wrote in an online petition against the gas tax hike.  “Please, make your voice heard.”

We encourage all South Carolina taxpayers to join us in signing Davis’ petition.

It’s clear the tax-and-spend, anti-reformers in Columbia, S.C. view 2017 as the year they are going to make this money grab a reality.