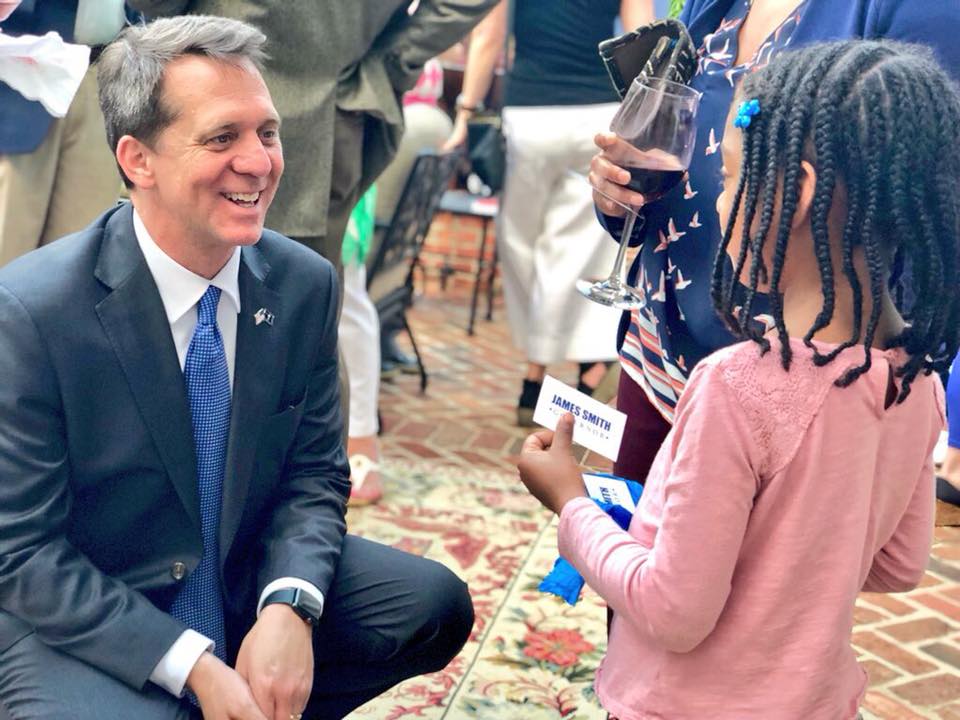 When you get right down it it, there is very little difference between Democrats and “Republicans” in South Carolina.  Certainly not when it comes to the bread-and-butter issues of taxes and spending.

Both parties favor obscenely big government and atrocious outcomes … and blaming each other for the state’s myriad problems.

At the moment, “Republicans” are in control in the Palmetto State (sort of).  So the onus for the bad outcomes should fall on them.  But Democrats (with rare exceptions) haven’t presented any alternative beyond more, bigger government – which voters have rightfully deduced is not a “solution.”

Democratic gubernatorial nominee James Smith hasn’t come up with any new alternatives … but he has taken a sleepy 2018 general election and turned it on its ear by trying to join an alternative party.  Three alternative parties, in fact.

In a gamble that could conceivably cost him the Democratic nomination he won two months ago, Smith has filed to appear as a candidate for three other parties: The Libertarian Party, the Green Party and the Working Families Party.

Should he fail to capture any of those nominations, Smith could lose the nomination he’s already won – and his place on the November ballot.

And while he dropped his bid for the Libertarian nomination shortly after reporters Jamie Lovegrove and Andy Shain of The (Charleston, S.C.) Post and Courier blew the lid on his covert machinations late Friday, the party says it is going to vote on his bid anyway in an effort to teach Smith a lesson.

Should they follow through with that threat – and should Smith lose the Libertarian nomination – we could be in store for another #Ballotmageddon in the Palmetto State this fall.

As Lovegrove and Shain pointed out in their story, South Carolina has a sore loser law – which has been upheld in federal court – which bars any candidate who loses a partisan nomination battle from appearing on the ballot in the general election.  In other words, Smith could conceivably be forced to forfeit the Democratic nomination if either the Libertarian, Green or Working Families parties reject him.

Smith appears to have been quietly attempting to become a “fusion” candidate – which would have placed his name on the ballot multiple times for the same office.

This isn’t a unique strategy.  It has happened on many previous occasions in the Palmetto State, including a 2016 U.S. Senate race in which the name of one candidate – Thomas Dixon – appeared on the ballot three times as the nominee of the Democratic, Green and Working Families parties.

Despite his multi-party “appeal,” Dixon still only managed to get 37 percent of the vote against “Republican” U.S. Senator Tim Scott.

Meanwhile in the 2010 governor’s race, Morgan Bruce Reeves ran as the nominee of the Green Party and the United Citizens Party – drawing only 1.5 percent of the vote in a race won by “Republican” Nikki Haley.

We understand what Smith was trying to do …

Rather than letting other candidates run under the banner of traditionally liberal partisan labels (although we would argue the Libertarian brand is incompatible with the Democrats on fiscal issues), Smith wanted to secure these votes for himself by becoming their nominee.  The goal was to essentially lock up all the far left votes and – assuming his Libertarian Party gambit had paid off – a few centrist votes, as well.

Of course the plan – which has minimal upside – only works if Smith is able to secure all the minor party nominations.

We’re not election lawyers, but Smith has put himself in an exceedingly precarious position here … again, with minimal upside.

If Democrats truly wanted to make the 2018 race competitive they should have followed our advice … which was to dedicate resources toward segmenting and suppressing the GOP electorate, a fragile tectonic mass that is just begging to be pulled apart at the seams.

They failed to do that, though … and now incumbent “Republican” governor Henry McMaster, who was barely able to capture his own party’s nod with a popular president dragging him across the finish line, appears poised to win the November 6 election in a walk.

In responding to this story, McMaster’s campaign didn’t do itself any favors when it castigated these minor parties as “fringe voters” (free advice: never interrupt your opponent when they are making a mistake), but its momentary tone deafness pales in comparison to the prodigious pooch screw Smith may have already committed.

UPDATE: According to the S.C. Election Commission (SCVotes.org), Smith has formally withdrawn his bid for all three minor party nominations.