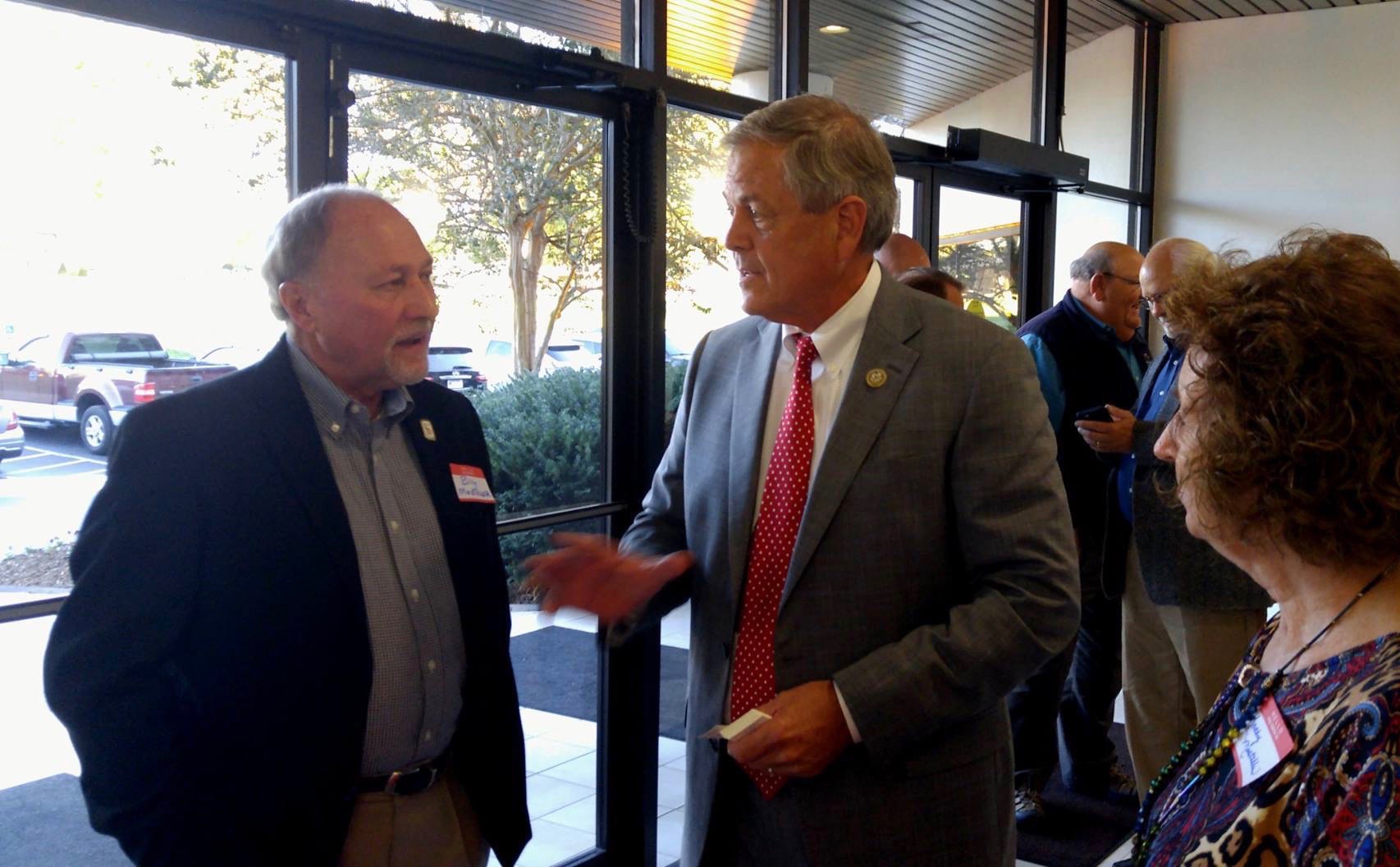 The 64-year-old developer was elected last June to fill the expired term of Mick Mulvaney, who stepped down after being confirmed as director of the White House office of management and budget (OMB).

Parnell announced back in October that he would seek this seat again in 2018, and national Democrats are optimistic about their chances.

“I have spent the past year traveling the district and listening to voters in SC-5 and what I’m hearing now is the same thing I was hearing a year ago – voters are still terribly dissatisfied with the chaos in Washington,” Parnell told us.  “I’m once again focused on running a positive, solutions-oriented campaign that’s about the people of South Carolina. I look forward to the months ahead.”

We believe Parnell probably could have upset Norman were it not for his initial flirtation with a GOP candidacy of his own.  Or his Goldman Sachs background.  Those two things appeared to sour progressives to his candidacy, although in a Democratic wave election (assuming one materializes) Parnell could benefit from a surge of straight ticket Democratic support.

Would that be enough to flip this seat in a bright red “Republican” state?

Doubtful … especially if Norman is able to avoid drawing a GOP challenger during the partisan primary season.

According to the Cook Political Report’s latest Partisan Voting Index (PVI), the fifth district has a plus-9 percent “Republican” rating – making it one of 167 “solid” GOP seats in the U.S. House of Representatives.  Even in a non-presidential year, our guess is the GOP straight ticket advantage in a general election will be more than sufficient to carry Norman to victory.

Still, we’re told the National Republican Congressional Committee (NRCC) is worried about this seat – and about having to defend the state’s first congressional district (map) if scandal-scarred incumbent Mark Sanford wins his party’s nomination in June.

Sanford is being challenged this year by freshman state lawmaker Katie Arrington … and by his own hypocrisy on a host of fronts (here and here).

Stay tuned … we’ll be keeping a close eye on both of these races.

Filing for partisan primary elections (including congressional races) opens at 12:00 p.m. EDT on March 16 and closes two weeks later, on March 30.  Partisan primaries are scheduled for June 12, with runoff elections set for June 26 (if necessary).

Got something you’d like to say in response to one of our stories? Please feel free to submit your own guest column or letter to the editor via-email HERE. Got a tip for us? CLICK HERE. Got a technical question or a glitch to report? CLICK HERE. Want to support what we’re doing? SUBSCRIBE HERE.
Banner: U.S. Congress