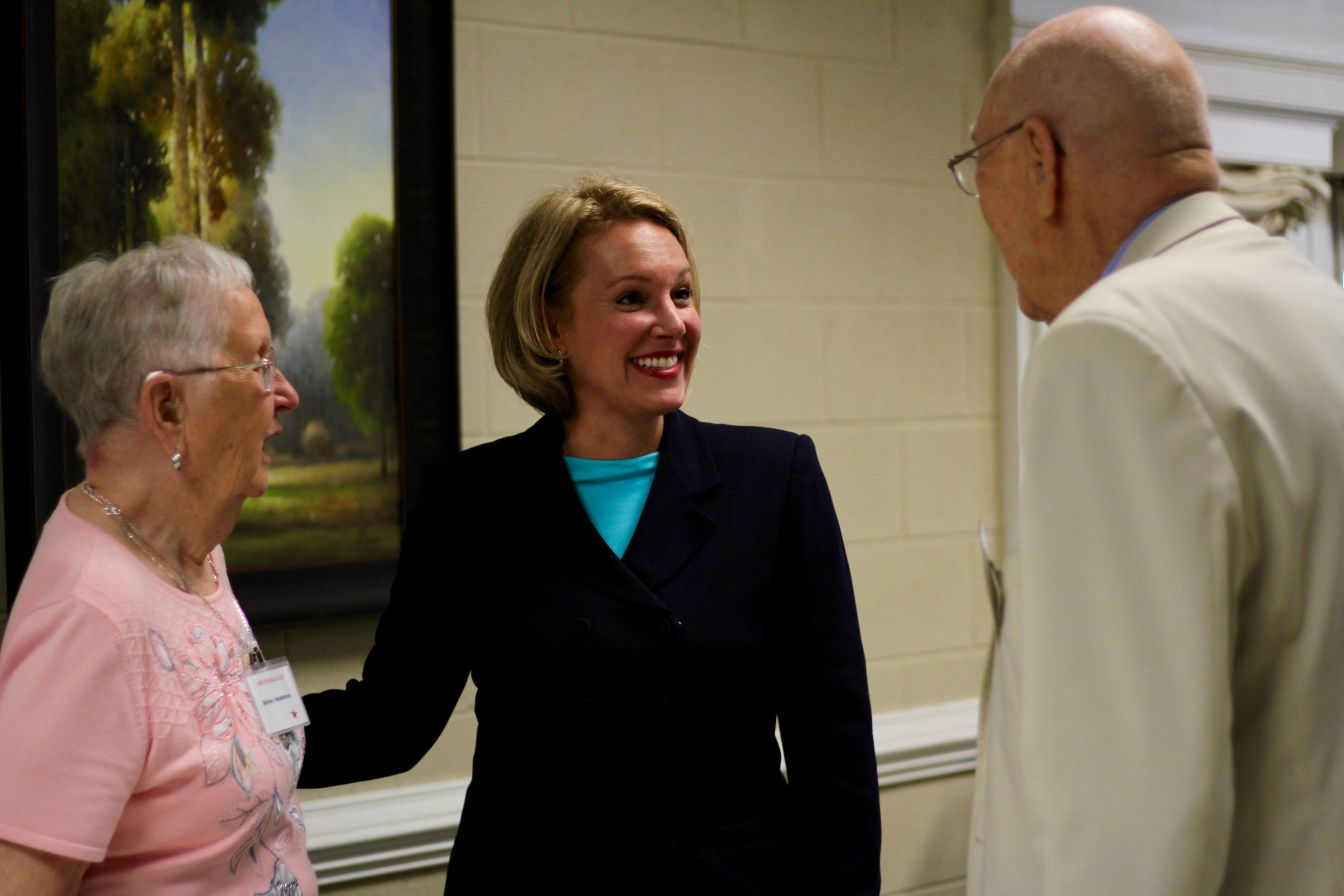 South Carolina gubernatorial candidate Catherine Templeton has made a big deal about her ancestors fighting for the Confederate States of America (CSA).

But she’s always said they weren’t fighting for slavery …

Specifically, Templeton was referring to her ancestor William Brawley, who fought for the Army of Virginia – losing an arm at the Battle of Seven Pines in 1862.

Her comments generated some significant controversy … which we addressed here.

According to reporter Kirk Brown of The Anderson Independent-Mail, William Brawley’s father – Hiram Clark Brawley – “owned 66 slaves in Chester County in 1860, two years before the Battle of Seven Pines happened in Virginia.”

That’s according to records obtained from the U.S. Census Bureau.

According to these documents, the slaves owned by Brawley had an inflation-adjusted value of $900,000.

Brown’s story was published Friday, but it began breaking in wide circulation on Monday as the 47-year-old labor attorney formally kicked off her 2018 gubernatorial campaign with stops in Greenville, Rock Hill, West Columbia and her hometown of Mount Pleasant.

Templeton said she was unaware of her ancestor’s status as a slaveowner … an explanation we find eminently believable.

After all, no one is going to announce publicly that “my family didn’t fight because we had slaves” only to be exposed later as having gotten their family history 100 percent wrong.

Not even cranially challenged South Carolina governor Henry McMaster – who belongs to a “whites only” country club in Columbia, S.C. – would be that stupid.

Either way, Templeton’s campaign is (obviously) hoping to move past the issue as it prepares to enter the homestretch of a heated battle for the GOP gubernatorial nomination.

“Catherine Templeton is completely focused on fixing the problems we face today – corruption running rampant in Columbia and a bloated state government that costs taxpayers too much,” her spokesman Mark Powell said in a statement.

Templeton and McMaster are the perceived frontrunners in the June 12 “Republican” primary for governor of South Carolina, however newly minted challenger John Warren of Greenville, S.C. is making waves and sitting lieutenant governor Kevin Bryant of Anderson, S.C. is also in the mix.

If no candidate receives a majority of the votes on the initial ballot (a tall order if you ask us), the top two finishers would advance to a runoff election on June 26.

Fifth Circuit SC Solicitor Should Pass On Will Lewis Investigation