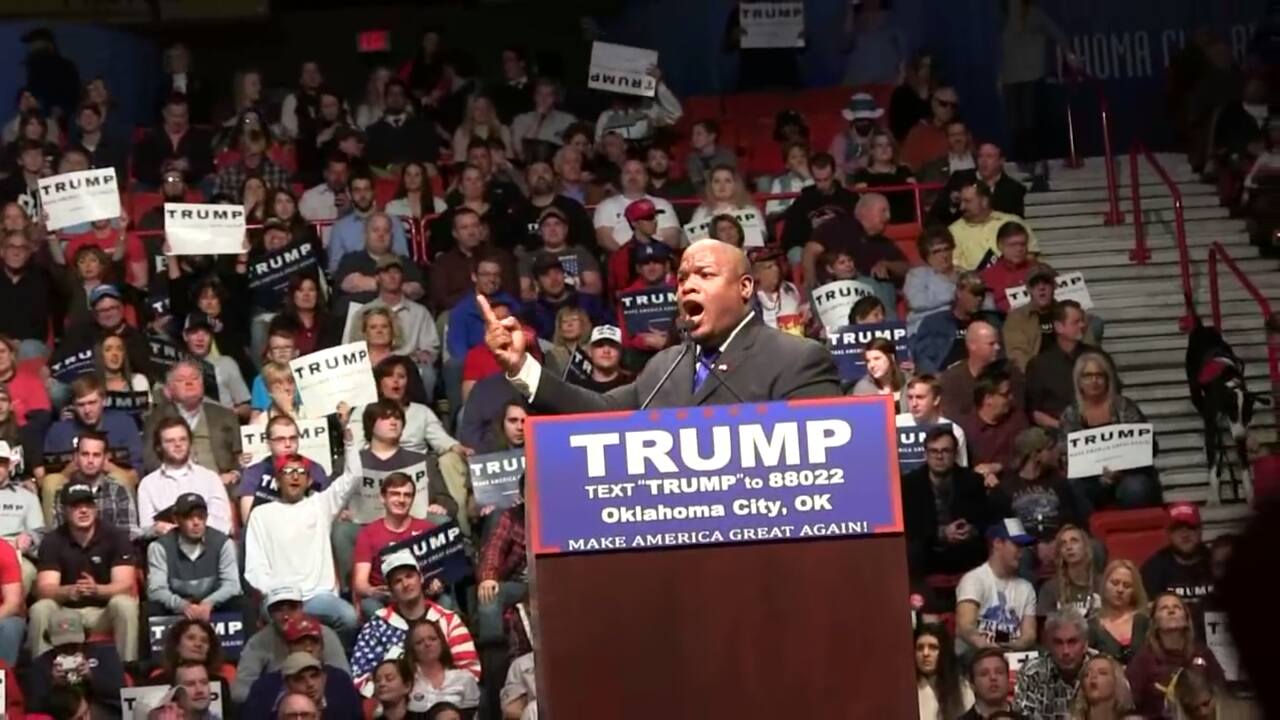 A black pastor from the South Carolina Upstate who made national news for his support of then-GOP presidential candidate Donald Trump is entering the race for the Palmetto State’s fourth congressional district.

Mark Burns – leader of the Harvest Praise and Worship Center in Easley, S.C. – will announce his candidacy for the seat being vacated by U.S. congressman Trey Gowdy sometime Friday, sources familiar with his thinking tell this news site.

Burns – who was mulling a 2020 challenge against liberal “Republican” U.S. senator Lindsey Graham – already has a nifty new campaign website up and running (one featuring a spiffy introductory video).

As expected, Burns’ clip highlights his association with Trump – including a fiery “All Lives Matter” speech delivered in July 2016 at the “Republican” national convention in Cleveland, Ohio.

It also prompted some healthy scrutiny of his biographical claims, many of which turned out to be questionable at best.

Burns won’t be the only pro-Trump candidate in this race, it’s worth noting.

James Epley, Trump’s Upstate field director during the 2016 “First in the South” presidential primary, is also reportedly mulling a bid for this seat.  In fact there’s already a Facebook page up seeking to “draft” Epley into the race.

The race for Gowdy’s seat is expected to be crowded – and expensive.  Sitting state senator William Timmons  has already announced his intention to run – and vowed to plow $500,000 of his own money into the race.

Numerous other candidates are looking at this seat and are expected to announce their intentions prior to the opening of filing at 12:00 p.m. EDT on March 16.

Can Burns break into the top tier of this field?  Possibly.  Sources close to his campaign tell us he has already been hard at work reaching out to many of the Trump fundraising contacts he cultivated during the 2016 election – and encountering success in his effort to land commitments.

Stay tuned … the entry of a well-funded black conservative pastor into the fourth district race is clearly a wild card worth watching.

Got something you’d like to say in response to one of our stories? Please feel free to submit your own guest column or letter to the editor via-email HERE. Got a tip for us? CLICK HERE. Got a technical question or a glitch to report? CLICK HERE. Want to support what we’re doing? SUBSCRIBE HERE.
Banner: MarkBurns.org