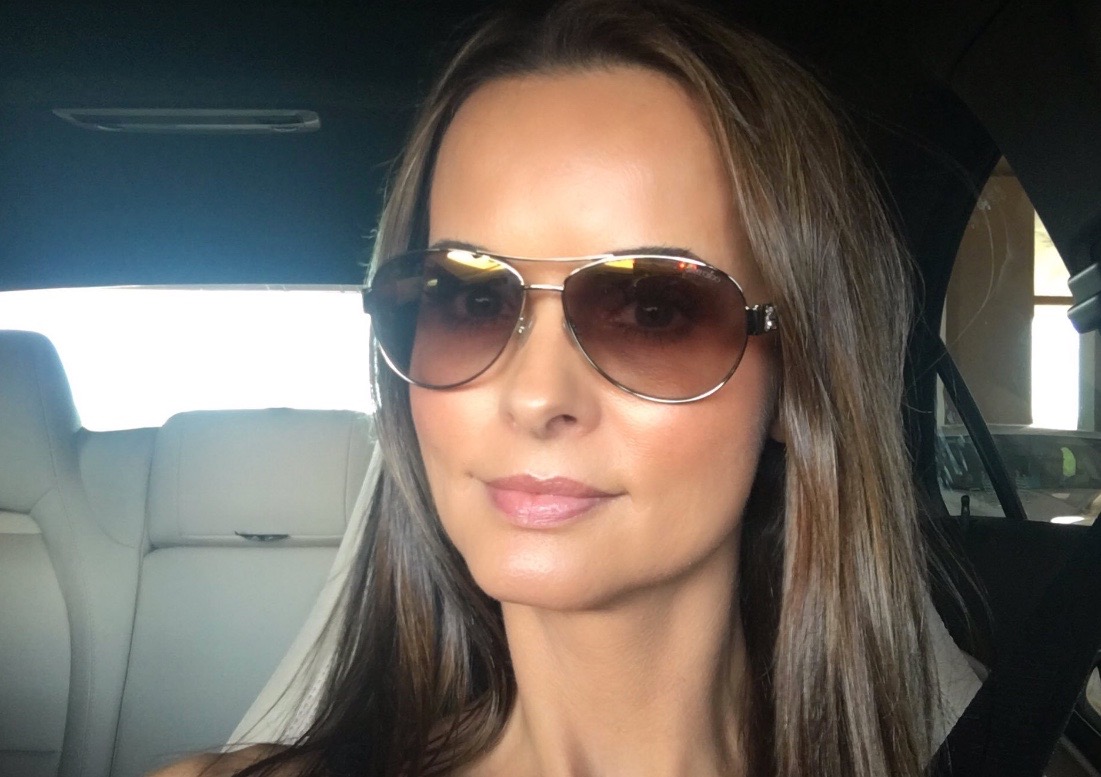 U.S. president Donald Trump is staring down another allegation involving an extramarital affair and a rumored pre-election payoff.

According to a story published in The New Yorker early Friday morning, Trump engaged in an extramarital affair with former Playboy Playmate Karen McDougal beginning in the spring of 2006.  That’s less than two years after Trump married Slovenian model (now U.S. first lady) Melania Trump – and just months after the couple’s son Barron Trump was born.

According to a handwritten diary note McDougal made at the time, Trump “immediately took a liking to me, kept talking to me – telling me how beautiful I was, etc. It was so obvious that a Playmate Promotions exec said, ‘Wow, he was all over you – I think you could be his next wife.’”

Is there any proof of the affair beyond that?  None that’s been made public … at least not up until the point when another ally of Trump appears to have paid six figures in an effort to make the story go away.

As with the allegations involving Trump and adult film star Stormy Daniels, the problem for Trump here isn’t necessarily the rumored affairs but efforts undertaken to keep them under wraps.

McDougal isn’t happy about the deal …

“It took my rights away,” McDougal told reporter Ronan Farrow. “At this point I feel I can’t talk about anything without getting into trouble, because I don’t know what I’m allowed to talk about. I’m afraid to even mention his name.”

McDougal may not be saying anything, but her diary is spilling its secrets …

“I was so nervous! I was into his intelligence + charm. Such a polite man,” she wrote of her first exchange with Trump, according to The New Yorker story. “We talked for a couple hours – then, it was “ON”! We got naked + had sex.”

McDougal claimed Trump attempted to pay her after their initial sexual encounter – but she refused.

The White House issued a qualified denial in response to the story.

“This is an old story that is just more fake news,” a statement provided to The New Yorker noted. “The President says he never had a relationship with McDougal.”

Got something you’d like to say in response to one of our stories? Please feel free to submit your own guest column or letter to the editor via-email HERE. Got a tip for us? CLICK HERE. Got a technical question or a glitch to report? CLICK HERE. Want to support what we’re doing? SUBSCRIBE HERE.
Banner: Karen McDougal