This news site has written previously (and not altogether favorably) on the opportunistic populism of South Carolina GOP gubernatorial candidate Catherine Templeton.  And to be clear, we’ve been less-than-impressed by its increasingly rabid ramp-up as the 2018 campaign hits its homestretch.

Don’t get us wrong: We’re thrilled to see Templeton running to the ideological right.  We just want her to do it the right way.

As we see it, Templeton is the smartest, most substantive candidate currently seeking the governor’s office in South Carolina.  She’s an operational problem-solver – a big idea, outcome-driven thinker who would approach the myriad of problems facing the Palmetto State with a decidedly results-oriented focus.

In other words, she doesn’t need to pander.  All she needs to do is articulate how bad things have gotten here, identify who should be held accountable for those chronic failures and explain how she would do things differently.

It’s not rocket science … or at least it shouldn’t be.

Templeton, though, has apparently become convinced that the way to get elected is to channel U.S. president Donald Trump at every turn.  Like, every turn.  In fact, at this point we’re almost surprised she hasn’t started wearing her hair to match The Donald’s signature ‘do.

In the meantime, though, Templeton is taking heat (unfairly, we believe) for a comment she made during a recent visit to Bob Jones University in Greenville, S.C.  In her speech at the school, Templeton discussed her family’s Confederate roots.  Specifically, she told the story of her ancestor William Brawley, who lost an arm fighting with the Army of Virginia at the Battle of Seven Pines in 1862.

“Catherine Templeton’s latest comments make you feel like you’ve travelled back in time,” said Alex Japko, spokesman for the Democratic Governors Association (DGA). “The question now is does Catherine Templeton believe slaveowners should have kept their right to own slaves?”

“How should we start Black History Month?” Sellers tweeted.  “Let’s go to Bob Jones and tout the Confederacy.”

Templeton isn’t the first South Carolina “Republican” to land in hot water over remarks related to the War Between the States.

Incumbent GOP governor Henry McMaster – who remains affiliated with a whites-only country club – made headlines last fall when he gave a speech that waxed nostalgic over the Palmetto State’s antebellum economy, which was propped up by slavery. 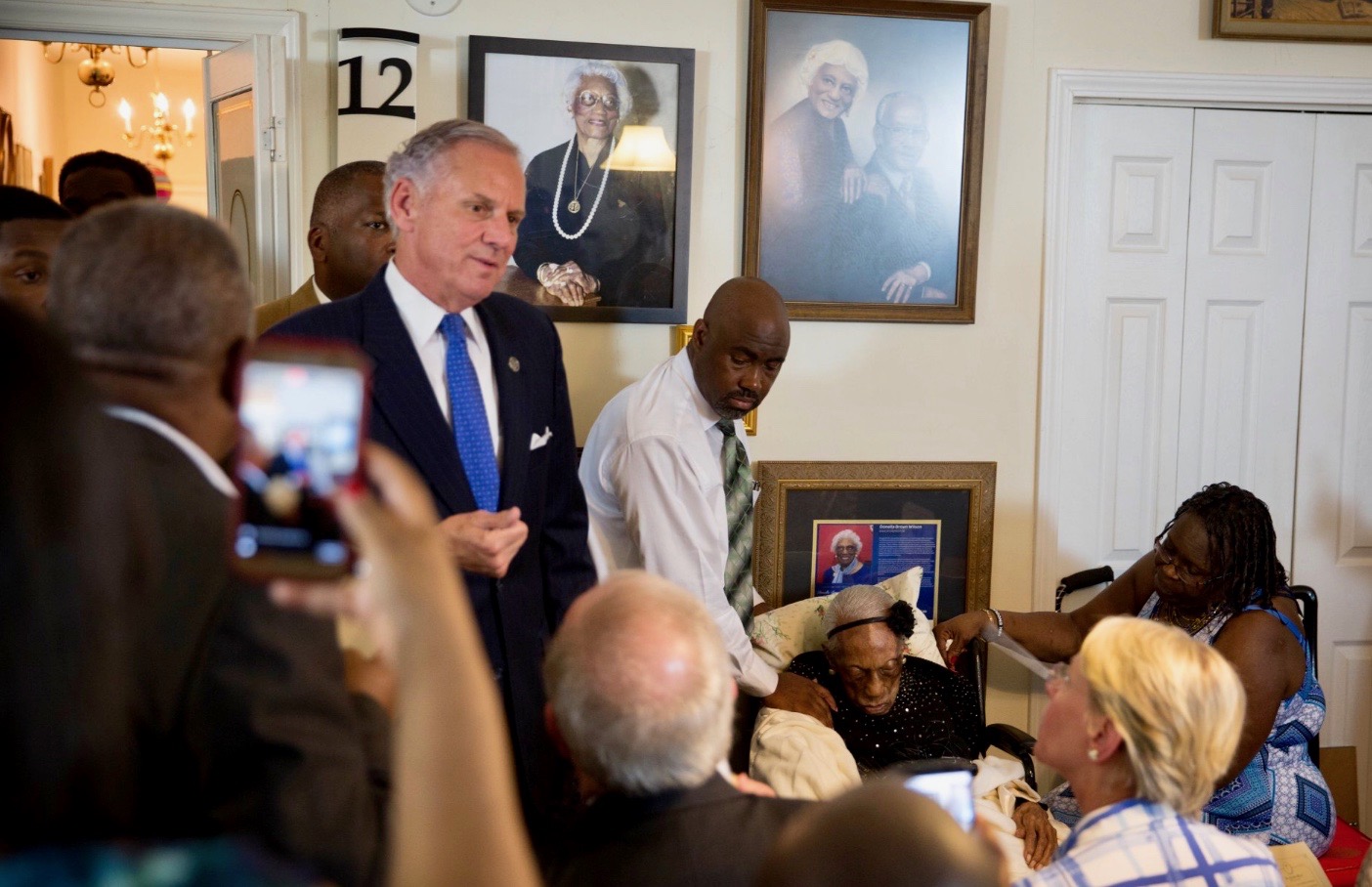 McMaster (above) was also affiliated for decades with the political empire of Richard Quinn, a neo-Confederate strategist whose firm (and some of its Rebel-related projects) has been at the heart of an ongoing anti-corruption investigation.

Our view?  Templeton’s comments don’t strike us as particularly offensive.  After all, plenty of South Carolinians are related to Confederate veterans who fought not to defend slavery, but to protect their liberty and their property.  This news site has always argued that slavery was the root cause of the War Between the States, but that doesn’t mean all – or even most – of the soldiers who fought in the conflict were driven by this issue.

In fact, contemporary perceptions as to why Northern and Southern soldiers fought are usually colored by the revisionist history that followed the Civil Rights era – not first person accounts from the soldiers themselves.

Whatever your views on that subject, though, the fact remains Templeton is running a decidedly different race than we expected.

Is that good?  Maybe … assuming there’s real policy to go with all the rightward-lurching red meat (and to be fair to her, the limited policy planks Templeton has rolled out during this campaign have been very substantive).

For now, though, Templeton’s opportunistic populism seems to be veering daily (and dangerously) into indiscriminate populism – reactive, reflexive and totally inconsistent with the character of the candidate herself.

Perhaps it’s working, and perhaps it’s sustainable … but it’s not the Catherine Templeton we’ve come to know and respect over the years.