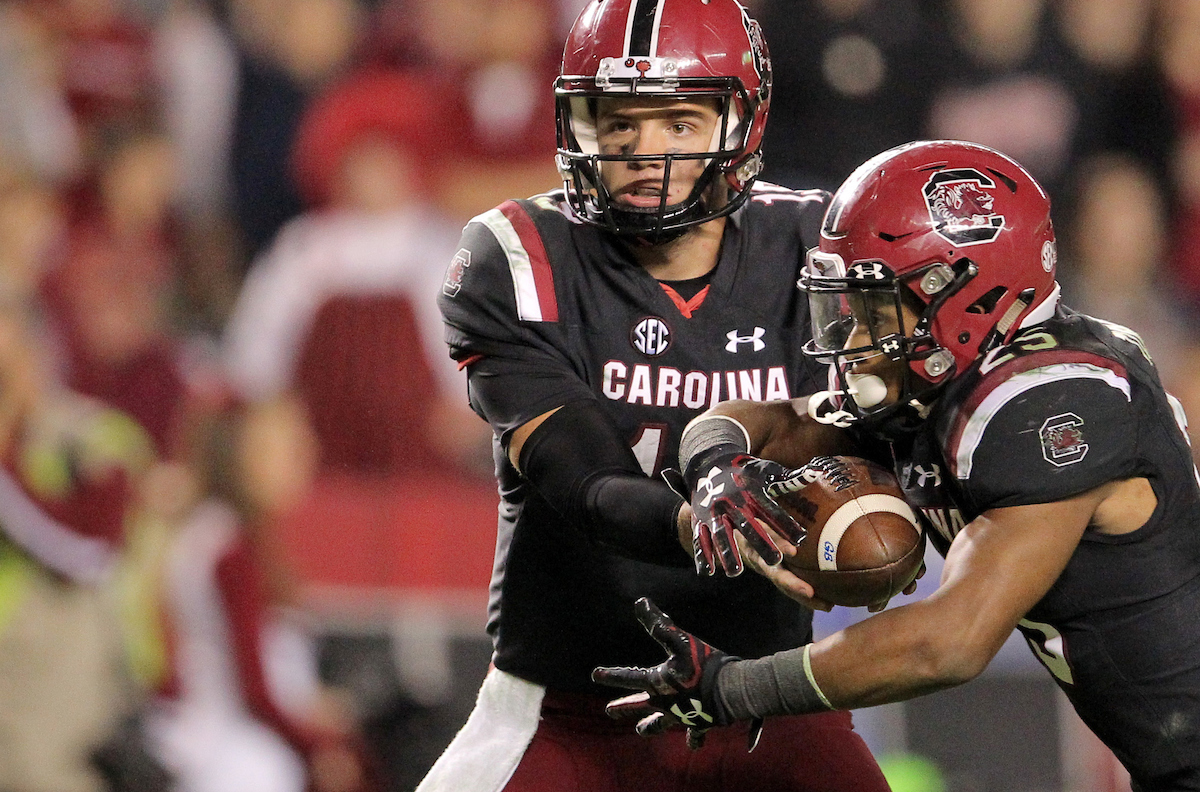 For the first time in more than three years, the University of South Carolina football team has made an appearance in the national rankings.  Second-year head coach Will Muschamp’s Gamecocks (8-3, 5-3 SEC) are ranked No. 24 according to the latest College Football Playoff (CFP) poll, released on Tuesday.

South Carolina was ranked among the nation’s top 25 teams for a school-record 69 consecutive polls beginning in September 2010.  After a 21-20 loss to Missouri on September 27, 2014, though, the Gamecocks were bounced from the Top 25 – and haven’t been back since.

Until now, that is …

Starting a new streak won’t be easy.  South Carolina faces arch-rival and defending national champion Clemson at home on Saturday.  Last year head coach Dabo Swinney’s Tigers (10-1, 7-1 ACC) shredded the Gamecocks 56-7 to claim their third consecutive victory in this series.  In May, South Carolina sophomore quarterback Jake Bentley poured fuel on the fire when he told a reporter that “everyone knew that they weren’t that much better than us or better than us at all.”

The No. 3 Tigers – vying for their third consecutive appearance in the CFP – have been installed as fourteen point favorites over the Gamecocks in this year’s installment of the “Palmetto Bowl.”  That spread seems a bit high to us for a rivalry game, but we’ll see.