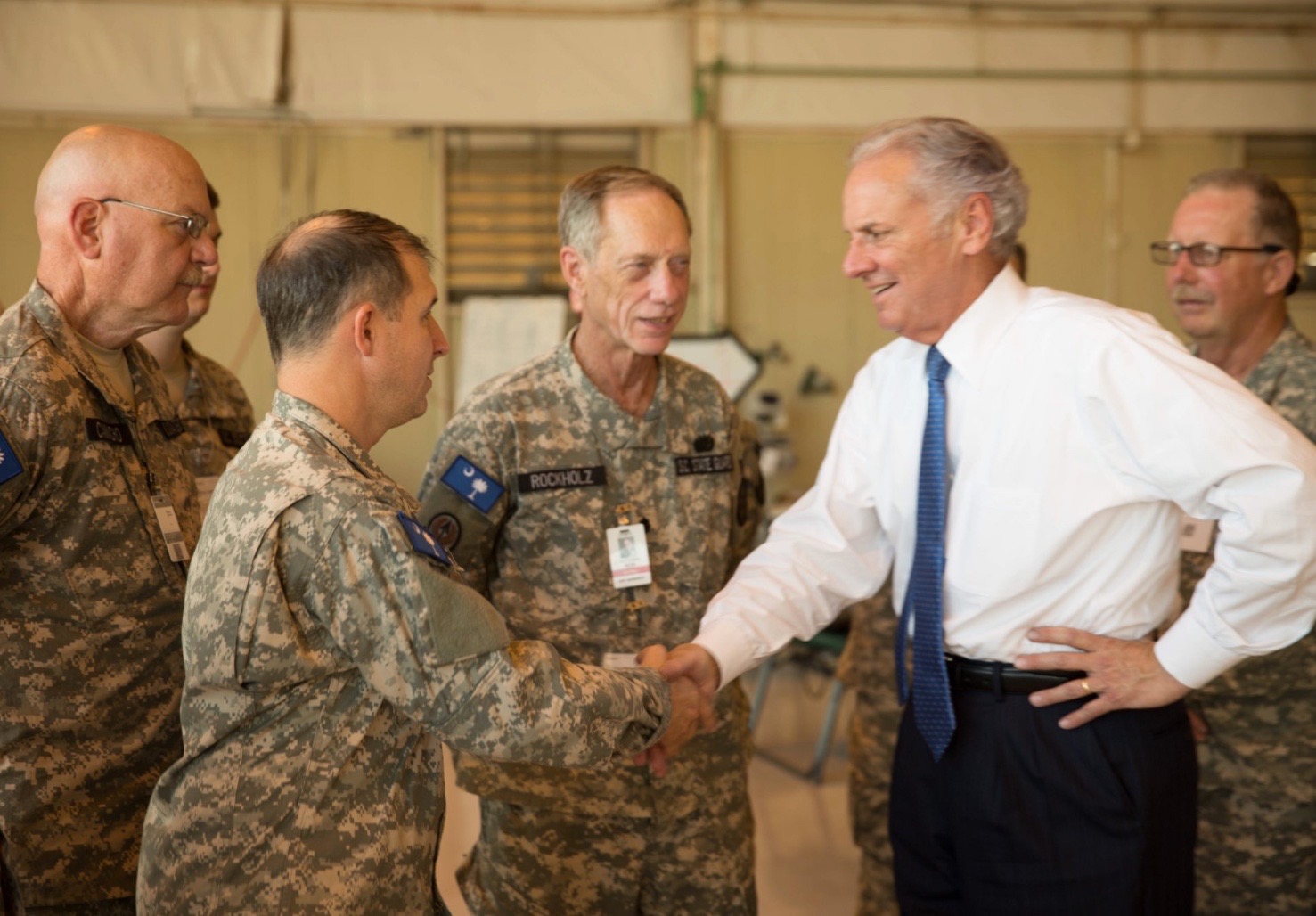 South Carolina governor Henry McMaster will meet with commanders of the Palmetto State’s various military installations this week in an effort to familiarize himself with their missions.

The meeting – which will be held this Wednesday at the University of South Carolina alumni center – is an opportunity for these commanders to brief McMaster on “the opportunities and challenges” facing their installations.

Each military leader is expected to provide the governor with a briefing on the current status of their installation.

McMaster’s briefing is being organized by the S.C. Military Base Task Force, which according to its website exists “to enhance the value of our state’s military installations and facilities, as well as the quality of life for our military personnel and their families” and to coordinate efforts to “maintain a significant U.S. Department of Defense presence in South Carolina.”

The task force is operated under the auspices of the S.C. Department of Commerce.

The Trump Card: Will It Work For Henry McMaster?