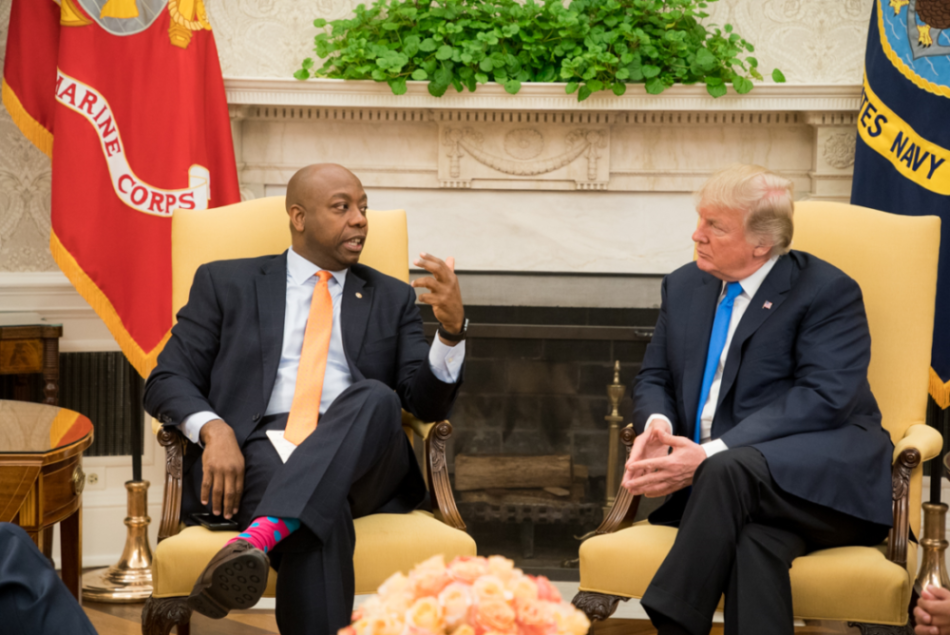 Their topic of conversation?

According to a release from the White House, the two discussed a whole host of race-related topics – including the Trump administration’s “relationship with the African American community.”

Here’s the statement from the White House …

President Donald J. Trump and Senator Tim Scott of South Carolina met today to discuss the Administration’s relationship with the African American community, the bipartisan issue of improving race relations, and creating a more unified country.  President Trump remains committed to positive race relations and looks forward to continuing the dialogue with Senator Scott, the African American community, and leaders from diverse communities across the country, all of which have a wealth of perspectives and experiences with respect to this issue.

Trump has been slammed for his response to the racially motivated violence that rocked Charlottesville, Virginia earlier this summer – even though he specifically singled out white nationalist organizations for their role in the bloodshed.

Scott criticized Trump in no uncertain terms, saying the president had lost the moral authority to lead in the aftermath of the crisis.

His take on their meeting today?

“Went well,” Scott told us. “He was attentive.  Focused on opportunity and fairness.”