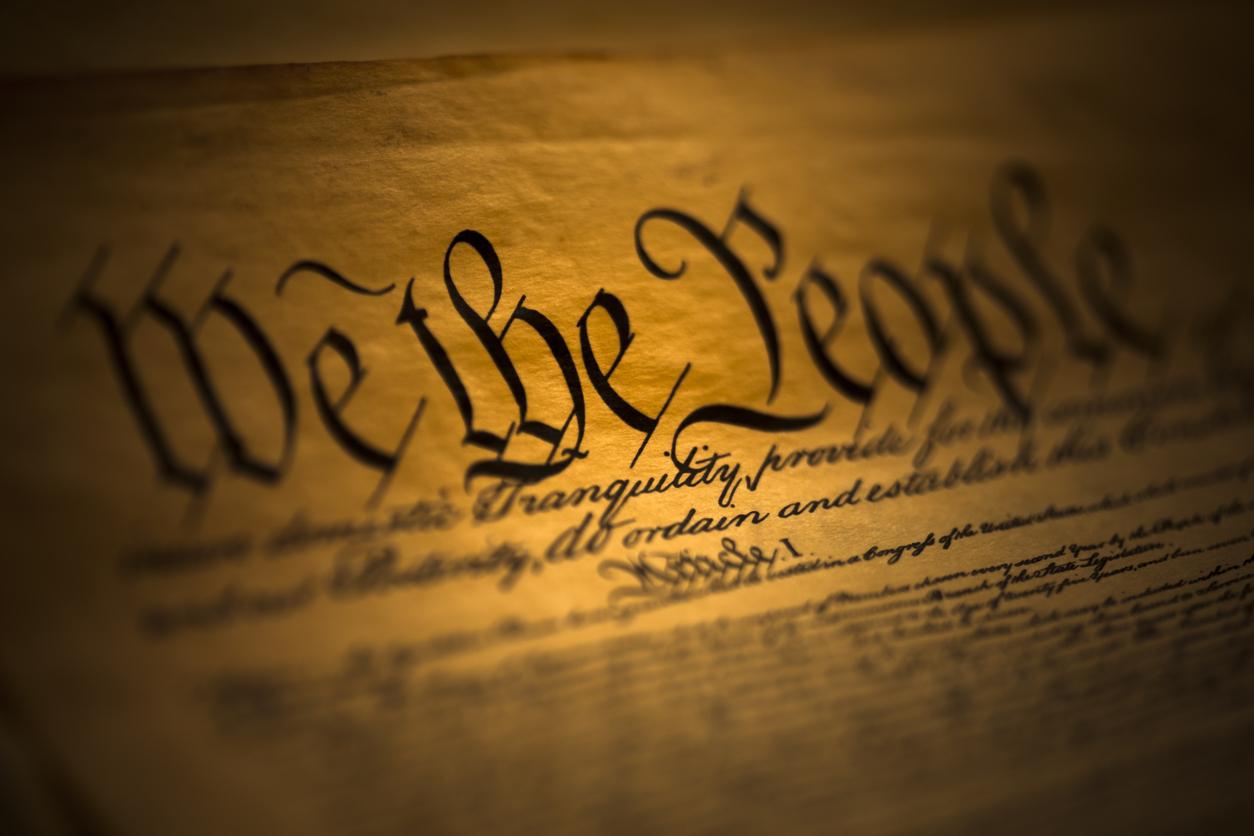 By SARAH NUCKLES || Like most Americans, I am appalled and sickened by the increasing violence we have seen almost non-stop on the media and in our streets in recent years.  In times like these we must fall back on the immutable rock – our Constitution – the Cornerstone upon which a Nation “under God” has been built, and which has made this Nation great.

Violence is never the answer.

One of our most basic freedoms enumerated by our Founding Fathers and the writers of the Constitution is freedom of speech – the First Amendment to the Constitution.  This is what it says:

Congress shall make no law respecting an establishment of religion, or prohibiting the free exercise thereof; or abridging the freedom of speech, or of the press, or the right of the people peaceably to assemble, and to petition the Government for a redress of grievances.

We can all say we agree that freedom of speech, and the right to assemble peaceably are good things, but when it involves groups whose ideologies don’t mirror our own, we may tend to forget the First Amendment and the freedom it provides all of us to speak or assemble – a freedom punishable by death or imprisonment in countries who are not as blessed as America.

Make no mistake – this writer detests the number of groups we have seen in the last few years that have provoked violence on our streets and death and injury to our citizens and property, all in the name of an aberration of free speech.

They are on both sides of the ideological spectrum and in other nations, as well.

There is never an excuse for violence, no matter which end of the political spectrum we support.  The actions of these groups should be addressed by the Rule of Law under Article III of the Constitution – not by taking action in our own hands.  Violence begets violence, and it has an upward spiral.  If we settle our differences with violence, we are nothing more than terrorists or a third-world nation – no matter the ideology that drives us.

So, when our President stated there is “blame on both sides” – he may have been thinking we need to follow the Constitution and the Rule of Law and stop violence no matter what group is assembling. He was calling it what it is – lawlessness.

Instead, the media and elected officials and corporate CEO’s, and on and on, condemned President Donald Trump for not calling names when he was simply stating he did not and would not condone the violence and terrorism we saw in Charlottesville no matter what group it was.  But, in order to placate demands for name-calling, he went further and named specific groups which were involved in this round of violence.  That still wasn’t enough.

Trump knew those groups would be held accountable for their actions under the Rule of Law; and justice, not violence, would rain down.  He spoke – knowing that we have a Constitution and we have laws that deal, not only with those who committed atrocious criminal acts in Charlottesville, but the past and future criminal acts that will occur among a citizenry, some of whom have turned away from the Rule of Law, resorting to violence to express their differences by using our Constitutional right to peaceful assembly as an excuse for violence.  He spoke knowing that our Country’s greatest weapon against lawlessness is the Constitution.

We cannot have both, friends.

What are some of the things we can do to solve this problem?  Are our children being taught these great living documents – without revision – in our public and private schools?  If we are not, then “those who don’t know history are doomed to repeat it” as Edmund Burke once said.  I have a pocket booklet of the Declaration of Independence and the Constitution (free from Hillsdale College) on my desk and marvel at the wisdom and foresight of great men who wrote those documents that govern the greatest nation the world has known. I challenge CEO’s to distribute them as a part of their Social Responsibility and civic involvement instead of running away from important councils.

What else can we do?  Do we emphasize these documents in our schools?   Do we teach the result of not having these documents, i.e. dictatorships and violence, harming the innocent, loss of freedoms?  Do we teach our children what museums and statues and books teach us about our past so that we do not repeat the dangerous elements of it?  Do our children know anything about the exciting lives of the writers of the Constitution and the difficulties they had bringing together their different ideologies? What if we made understanding the Constitution as addictive and interesting to young minds as sports or cell phones?  Is there a chance they might not wish to settle their differences with violence as adults?

And not just the children.  Years ago a company called Bowater Corporation had a bumper sticker: “Say something good about America”. What if our great industries had a similar campaign highlighting the freedoms in the Constitution?

Whether we like our history or not, we must understand it and glean wisdom so that our shining nation upon a hill does not go dark and we become the next country with a violent dictator, like: ________________ (reader fill in the blank).

Sarah Nuckles is a consumer and taxpayer advocate from Rock Hill, S.C.  She has been honored by this website as a “taxpayer hero.” She previously served as a member of the S.C. Department of Transportation (SCDOT) commission.