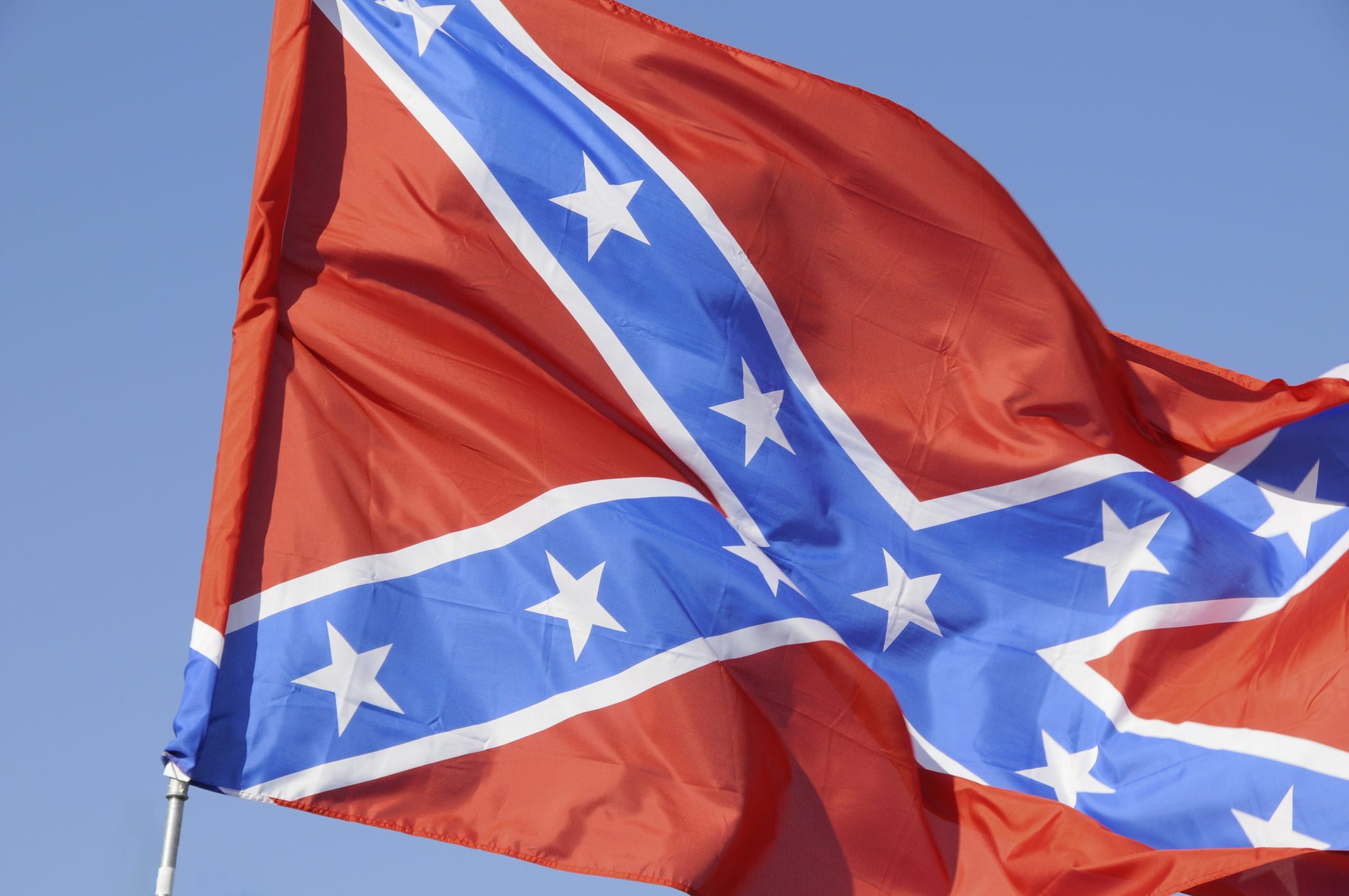 For the second year in a row, the Confederate flag will be raised from the grounds of the South Carolina State House … for a few hours, anyway.

Members of the S.C. Secessionist Party – who have gained notoriety for “flagging” various high-profile events around the state – will display the controversial banner at its former home on the north lawn of the S.C. State House complex next month.

The flag flew at this location for fifteen years until its removal on July 10, 2015 after a racially motivated mass murder in Charleston, S.C.  Prior to that, it flew from the dome of the State House from 1961-2000.

According to an invitation from the Secessionist Party, the banner will be restored to its former location “on the anniversary of its removal by spineless politicians in 2015.” 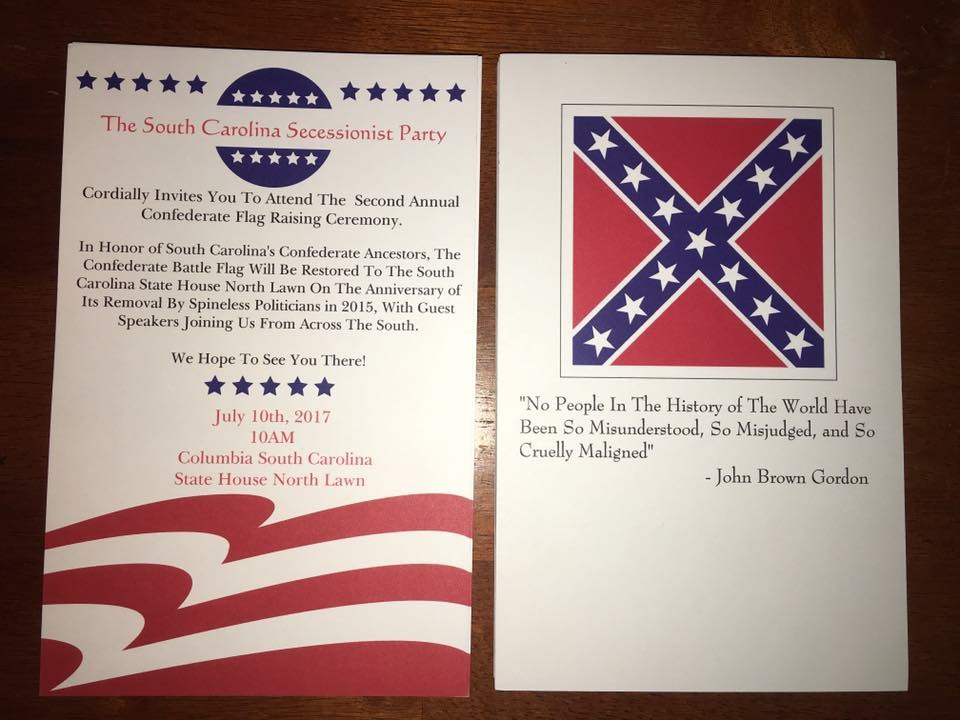 According to Secessionist Party chairman James Bessinger, the flag will be raised at 10:00 a.m. EDT on July 10 and will fly until 5:00 p.m.  Several invited guests will speak at the ceremony, including Arlene Barnum – a black woman from Oklahoma who has made headlines defending Southern Heritage across the country.

In addition to its “flagging” campaign, the Secessionist Party has scored several victories at the local level (here and here) related to the enforcement of the state’s “Heritage Act.”  That law forbids the removal of any Confederate (or civil rights) “monument, marker, memorial, school, or street” without a two-thirds vote of both chambers of the S.C. General Assembly.

Bessinger says his group will continue to push for the enforcement of the Heritage Act.

“We’ve seen Heritage opponents ramp up their efforts across the south, removing monuments, defacing graves, and attacking flag supporters in the streets,” Bessinger told us.  “South Carolinians won’t accept that type of disrespect and cultural genocide in the Palmetto State, safe spaces and hurt feelings be damned.”

Bessinger says his members also want state lawmakers to honor their commitment to display the flag at a Columbia museum.

“We’ve been keeping our promise to flag the states major tourist attractions until the flag that was removed is properly displayed at the relic room as the General Assembly has legislated,” Bessinger said.  “We’ve targeted the Southeast Wildlife Expo, Food and Wine Festival, and Fort Sumter in Charleston, The RBC Heritage in Hilton Head, March Madness in Greenville – this Friday we will flag Spoleto Festival in Charleston, and have scheduled events in this campaign across the State through November.”