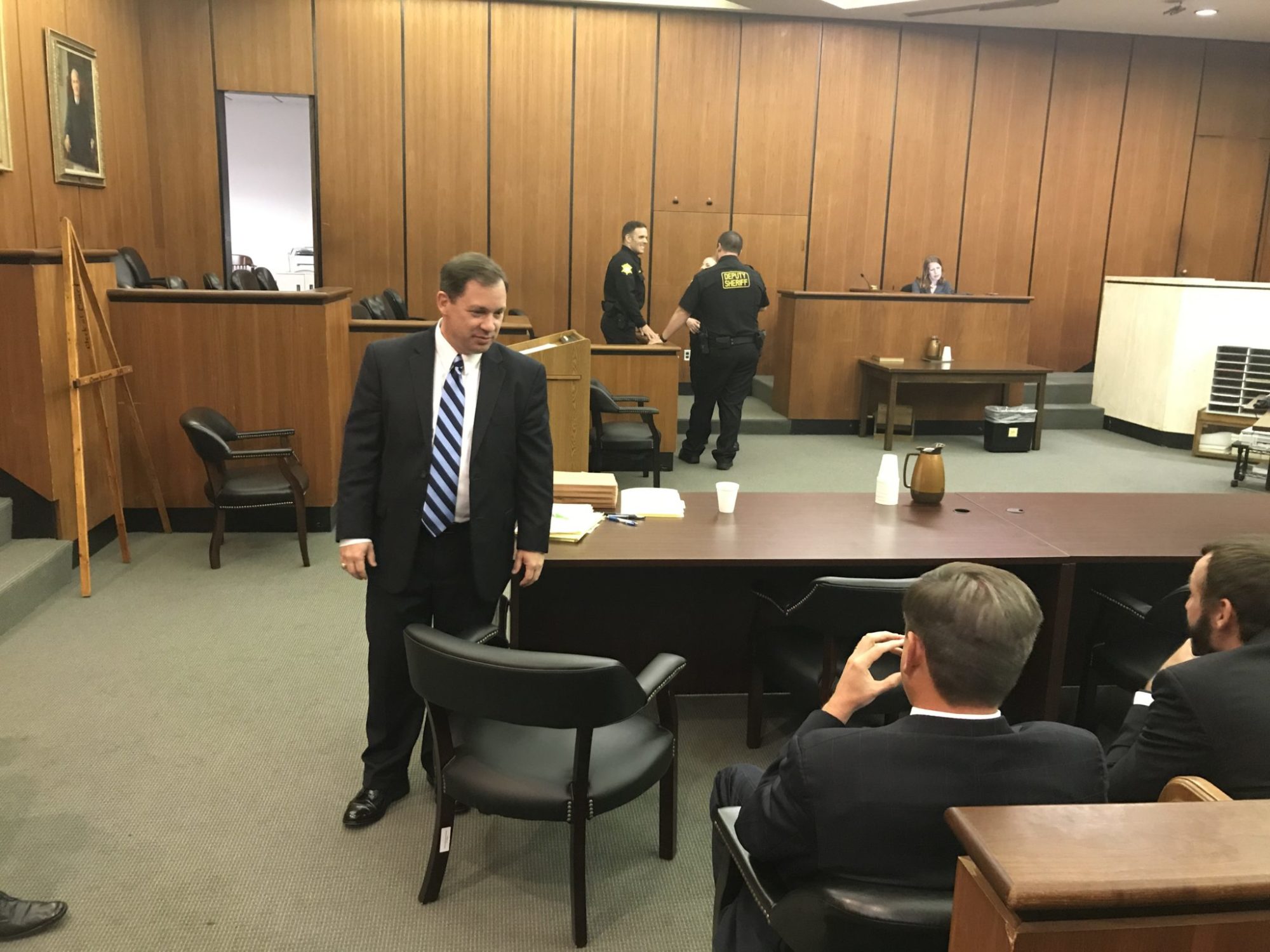 The outcome?  As of this writing … undecided …

Pascoe – who survived a high-profile attempt to remove him from this probe last spring – was accused by attorneys representing suspended S.C. Rep. Rick Quinn and his father, influential neo-Confederate political consultant Richard Quinn, of targeting them for political purposes over the course of his investigation.

This allegation is consistent with Quinn’s prior statements following his indictment last week on a pair of public corruption charges connected to #ProbeGate – Pascoe’s ongoing investigation.

Quinn maintained his innocence when he spoke with us during a break in the proceedings.

Spoke w/ @RickQuinnSC during today's legal drama. He told me he is "absolutely innocent" and will aggressively defend himself.

“You know I will defend myself,” Quinn told our founding editor, Will Folks. “You know this.”

Attorneys for the Quinns also accused Pascoe and agents of the S.C. State Law Enforcement Division (SLED) of refusing to comply with valid subpoenas issued in the aftermath of a SLED raid on Quinn’s business conducted in early March.

This raid became a focus of extensive testimony during the Pascoe disqualification hearing – with Quinns’ attorneys grilling SLED captain Richard Gregory extensively over the procedures he and his agents used in connection with this raid.

Specifically, Quinn attorneys Greg Harris and Deborah Barbier (below) questioned Gregory over the “taint procedures” employed by SLED in the execution of its search warrant. 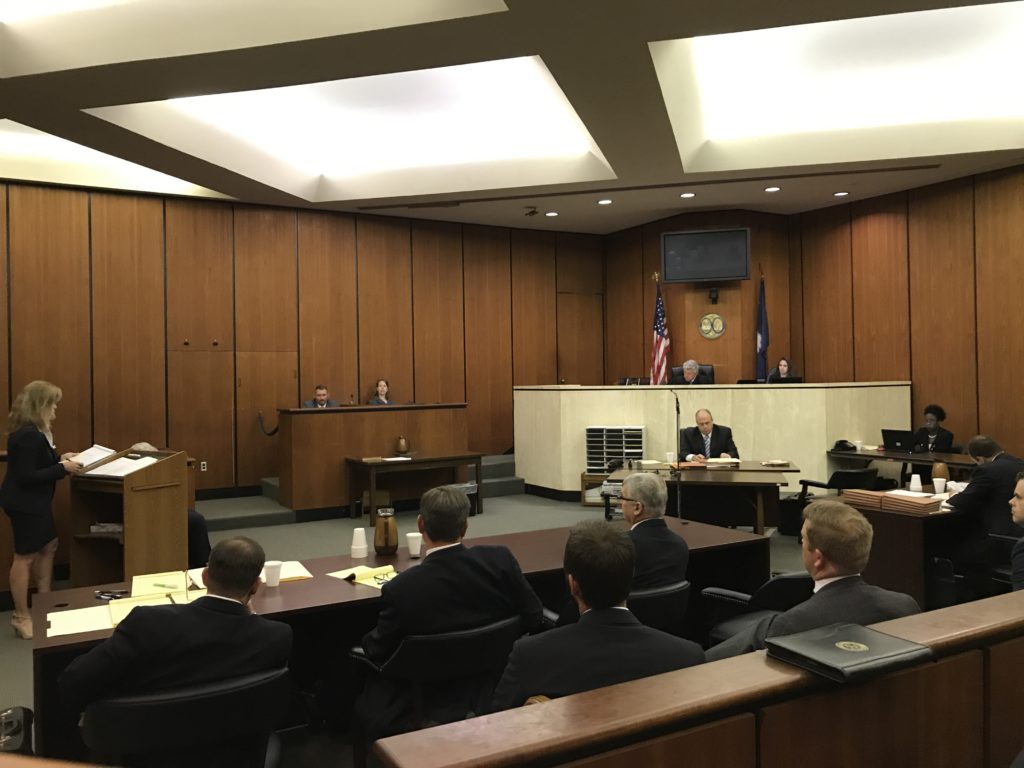 “Taint procedures” are used by investigators to ensure attorney-client privileged material is not collected by agents during execution of such warrants – which, conceivably, could lead to a violation of a defendant’s sixth amendment rights.

McMahon allowed testimony as these “taint procedures” to continue at length, even though such deliberations are typically reserved for evidence disqualification hearings – which take place in the context of an actual trial.

Pascoe scoffed at the suggestion he should be taken off the case, telling McMahon there was “no standing” for the court to have him removed because attorneys for the Quinns had presented no evidence of bias or prejudice in his handling the case.

Furthermore, Pascoe said any motion to disqualify him should be heard by the trial judge assigned to Quinn’s case, not McMahon – who heard the motion to dismiss the special prosecutor following an arraignment hearing for Quinn.

“I believe the proper venue is to have this (motion) heard by the trial judge,” Pascoe said. “He can (then) make these allegations as to whether his constitutional rights have been violated.”

As to the subpoenas, Pascoe said the requests from Quinns’ legal team were “unauthorized and illegal” – part of what he repeatedly referred to as a “fishing expedition.”  He also claimed Quinns’ attorneys misrepresented statements made by officers of the court in pursuing subpoenas related to the case.

Attorneys for SLED testified in support of Pascoe’s position, and formally moved to quash the subpoenas as being “overly broad and unduly burdensome.”  SLED’s counsel also objected to several of them as being “unenforceable” because they referenced unnamed agents.

SLED attorneys said the investigation’s two lead case agents and supervisory agent had been repeatedly made available to the defendants, and that other agents would be made available as requested via telephone.