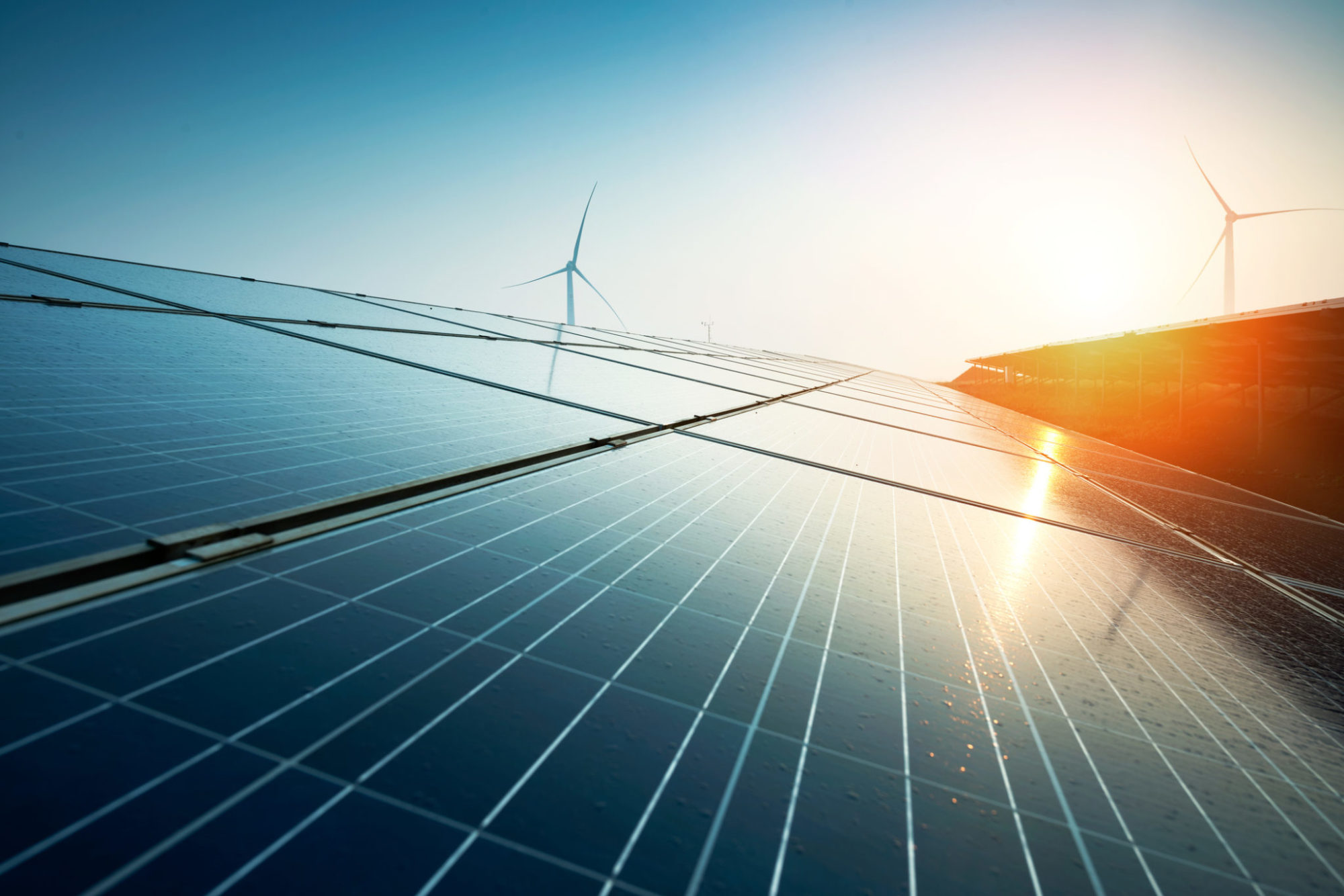 We’re all for renewable energy … especially when it manifests itself as an expression of genuine market preferences.

We believe socially liberal consumers who subscribe to Mother Earth “hippyism” – and socially conservative consumers who adhere to the Biblical notion of stewardship – are willing to pay a premium for energy they know comes from clean, renewable sources.

In other words, there’s a market for leaving the world better than we found it – and our guess is this market preference (even in a struggling economy) is likely to produce far better results than excessive government regulation.  In fact, one of our stated rationales for supporting the completion of an embattled nuclear power project in our home state of South Carolina is that the facility would provide a steady stream of clean energy to our state’s residents.

Having said that, things aren’t going to turn on a dime.  And the process of “turning” cannot involve the government picking winners and losers in the marketplace – either via crony capitalist subsidies or punitive overregulation (i.e. former U.S. president Barack Obama’s war on coal).

Accordingly, we have consistently opposed excessive government intervention in this industry (i.e. the infamous Solyndra scandal).  And we have consistently endeavored to provide context to the reflexive spin of the mainstream media – which continues to breathlessly promote subsidies and overregulation at the

Great news, right?  Sure … if you don’t bother with the context …

Popovich’s report – which slammed U.S. president Donald Trump for his energy initiatives – neglected to provide some critical background information regarding all of those new “green jobs.”

According to data from the U.S. Energy Information Administration (EIA), the surging number of solar power and wind power jobs aren’t exactly making a huge dent on the nation’s power grid.  In fact, despite these industry sectors receiving heavy government subsidies – and the benefit of punitive regulation against their “competitors” – solar and wind power are among the most inefficient energy employers.

Mark J. Perry, an economics professor and scholar with the American Enterprise Institute (AEI), put the debate in some sorely needed context this week. 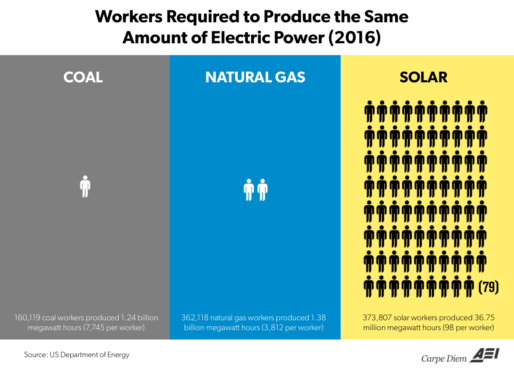 Indeed.  This graph is a perfect representation of what happens when government tries to dictate an industry’s direction as opposed to letting the marketplace take its natural course.

“The goal of America’s energy sector isn’t to create as many jobs as possible (as the NYT article would apparently have us believe) especially the politically-favored and heavily-subsidized renewable energy jobs,” Perry’s post continued. “Rather, the economic goal is to produce as much electric power as possible at the lowest possible cost, and that means we want the fewest number of energy workers!”

Again, we support solar, wind and all other renewable energy sources.  Our philosophy on energy generation has always been “all of the above” – whatever keeps the power flowing.  But make no mistake: The current inefficiency of production associated with these sources of energy is driving up costs for consumers – which is ultimately going to suppress the free market and cost more jobs than it creates.

Remember that the next time you see government bureaucrats and the liberal mainstream media bragging about all of their new “green jobs.”